Trader Joe’s has an expansive line of beauty products, and I tried out six items for one week. I was impressed with the oatmeal exfoliant soap bar and the lavender salt scrub, so I plan on buying them again in the future. I do not plan on purchasing the tea […] 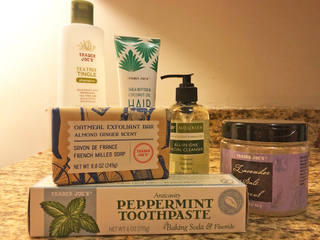 Joe Coulombe, who founded the popular grocery store chain Trader Joe’s in 1967, died at age 89 on Friday in Pasadena, California, following a long illness, his family confirmed to the AP. Coulombe created Trader Joe’s on the idea that college-educated, young professionals would buy healthy foods if they could […] 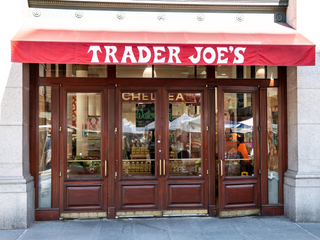 Trader Joe’s has a beauty section with skin care, hair care, and body products. INSIDER’s Caroline Aghajanian put $US50 worth of its beauty products to the test for one week to see how they work. Products featured in this video include the tea tree tingle shampoo and conditioner, the refresh […] Trader Joe’s cashiers danced and sang to stop a toddler’s tantrum, and the heartwarming video is going viral

Trader Joe‘s crew member Tori Alexander cheered up a toddler who was having a tantrum by singing and dancing with other cashiers. She shared video of the impromptu performance on Facebook, where it went viral. Visit INSIDER’s homepage for more stories. Trader Joe’s crew members are known for being cheerful, […] A woman found a snake in her shopping cart at a Trader Joe’s in Louisiana, and it’s the internet’s nightmare come true

A woman found a snake coiled in her shopping cart at a Trader Joe’s in Baton Rouge, Louisiana. She didn’t notice it at first, and other shoppers assumed it was her pet snake. When she saw it, she told INSIDER she “screamed and threw my purse and generally created a […]