A TikToker traveled 6,000 miles to remove an old love lock she left on a tourist attraction with her ex

Kassie Yeung traveled from Los Angeles to Seoul by plane, then took a bus and cable car to Namsan Tower so she could remove the lock. 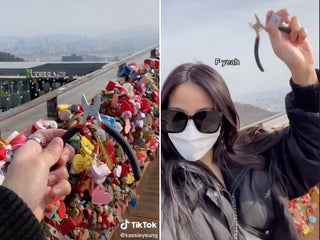 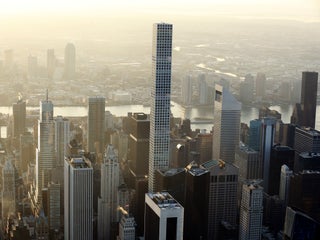 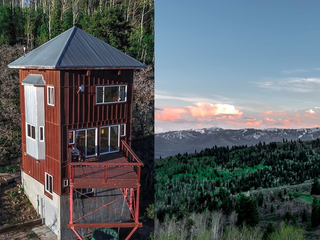 A treetop walkway has just been built in a forest near Copenhagen. It stands in Camp Adventure, which is Denmark’s biggest climbing park. The goal is to bring visitors closer to nature, giving them a view of the surrounding rolling hills, wetlands, and meadows. The tower’s materials “blend in subtly […]

A 58-story residential skyscraper in Manhattan is tilting to the side, and there’s a battle over who’s to blame

An unfinished skyscraper in Manhattan is reportedly tilting 3 inches north. The tower’s contractor is suing the developer. The developer said there’s no safety issue and the contractor is trying to distract from its inability to complete the project. New York City is home to an eclectic mix of towers: […] Melbourne’s newest skyscraper will be the tallest in the Southern Hemisphere — and very green. Local developer Beulah International has awarded its $2 billion development project for the the current BMW dealership on Southbank to UNStudio X and Cox Architecture. Their concept, “Green Spine”, is, according to Beulah, “a stunning […]

Australia’s Suncorp has launched a takeover of New Zealand insurer Tower, going on market to grab a significant stake from under the nose of a rival bidder. The company announced that its wholly owned subsidiary, Vero Insurance New Zealand, acquired 11.14% of the ordinary shares in Tower and wants to […]

This cobra-shaped skyscraper looks like the ultimate supervillain hideout Insurance company Tower today warned that higher than expected claims from the Canterbury earthquakes in New Zealand six years ago will drag on after tax profits for the full year by $16.2 million. A short time, ago, shares in the dual-listed business were down 14.5% to $1.12, from a 12-month […]

Unfortunately, they did not get away with it scot-free.