Mark Cavendish, cycling’s best sprinter, is one win away from setting a Tour de France record that may never be broken 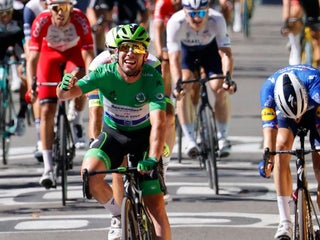 The woman, who lives close to the site of the crash, faces a maximum fine of $18,000 and possible jail time. 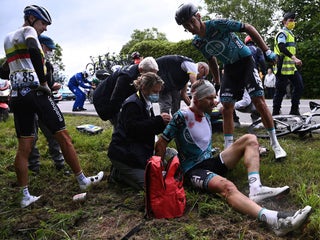 Mark Cavendish is winning big at the Tour again, but something weird happened Thursday as he celebrated across the finish line: His chain fell off. 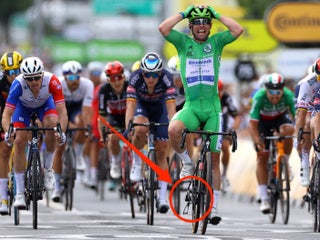 An unnamed woman caused chaos on the first day of the Tour when riders crashed into her roadside sign, causing a mass crash. 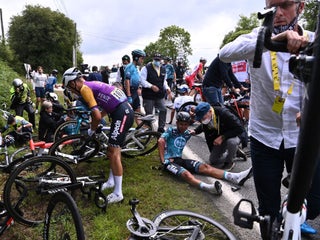 If she is charged and found guilty, the woman could face a maximum fine of $18,000 and as much as a year in prison. 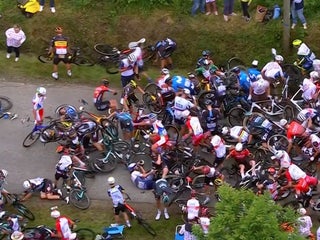 At least 21 riders were injured in the crash, including Jasha Sütterlin of Team DSM, who had to abandon the race because of damage to his wrists. 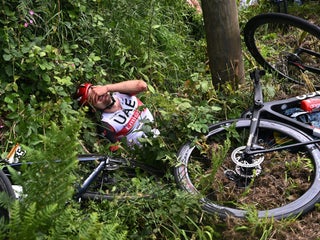 The Tour crashes might seem extraordinary, but they're fairly common in the world's highest-pressure race, a US team boss told Insider. 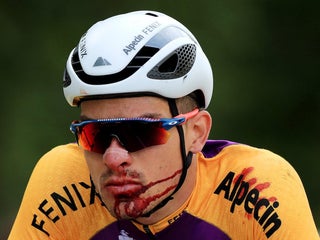 The spectator who caused an enormous crash at the Tour de France could face a year in prison and an $18,000 fine

German rider Jasha Sütterlin was forced to abandon the race after the crash. If he files a criminal complaint, the woman could face a prison sentence. 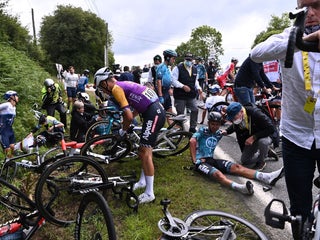 The woman who caused a crash at the Tour de France will be sued once police find her, official says

"We are doing this so that the tiny minority of people who do this don't spoil the show for everyone," Pierre-Yves Thouault told AFP. 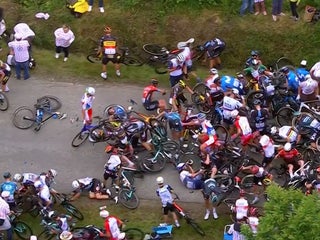 In an instant she saved the child from what could've been a tragedy as speeding riders crashed around them. 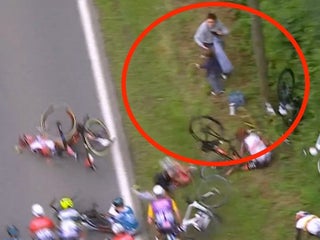 Two big crashes on the opening stage of the Tour de France took down dozens of riders on Saturday. One crash included a fan with a cardboard sign. 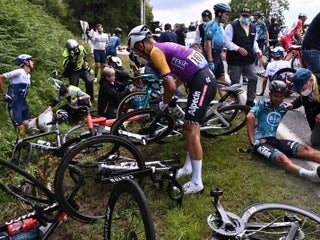 Tadej Pogačar, the world's best cyclist, is set to defend his Tour title starting on Saturday. His coach shed some light on why he's so good. 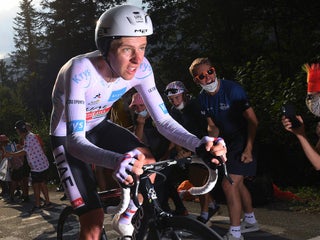 The 107th Tour de France got rolling in Nice on August 29 and finished in Paris on Sunday. 176 riders started and 146 finished. The 21-year-old Slovenian Tadej PogaÄar won the three-week race after dramatically snatching the leader’s yellow jersey from compatriot PrimoÅ¾ RogliÄ on Saturday’s penultimate stage, an hourlong […] 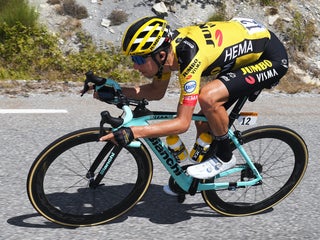 Tour de France notebook: America’s champ was eager to race in his stars and stripes this year. Then the pandemic hit.

For a decade Alex Howes dreamed of becoming America’s cycling champion, so when he finally won the title last year he said it was “surreal” and better than he could’ve imagined. But because of the ongoing coronavirus crisis, the 32-year-old from Golden, Colorado, has been left spinning his wheels with […] 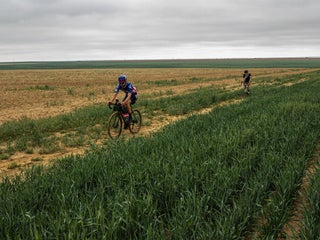 ‘The darkest of dark horses’: How America’s underdog team hopes to stage a coup at the Tour de France

The heavy favourites to win the Tour de France, which starts Saturday, are Egan Bernal of Team Ineos Grenadiers and Primož Roglič of Team Jumbo-Visma. No one’s really talking about the underdog American team EF Pro Cycling winning the race, but it could surprise, just as it’s done by winning […] 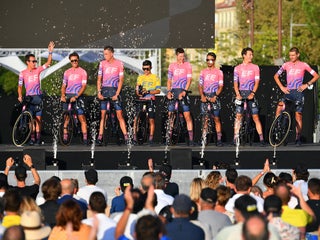 His goal was never to be the only American winner of the Tour de France. But that’s what happened.

On Saturday, 176 riders will start the Tour de France in Nice with hopes of finishing in Paris on September 20. The race is starting two months later than planned because of the coronavirus. The organiser and the 22 teams say they’re taking precautions to keep the riders safe from […] 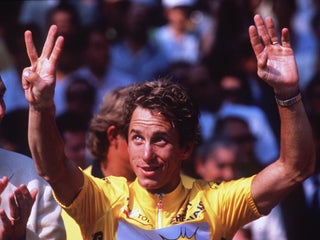 During the final stretch of the Tour de Pologne bike race’s first stage, Team Jumbo-Visma cyclist Dylan Groenewegen lowered his shoulder and drove fellow Dutch racer, Fabio Jakobsen, over the panels at over 50 mph. A massive pileup ensued, leaving multiple competitors with injuries and a race official unconscious from […] 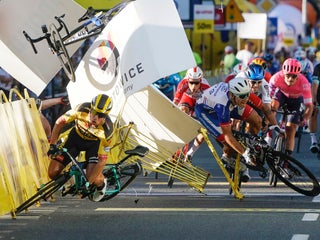 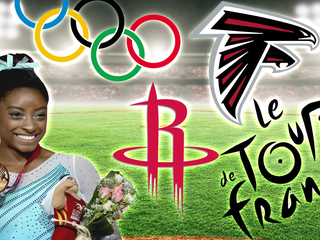 The wild story behind Tour de Trump, the Trump-sponsored bike race that became one of the biggest cycling events in American history

In 1989, President Donald Trump put his name and face on one of America’s largest bike races: the Tour de Trump. The 11-day bike race, crafted in the image of the Tour de France, was 837 miles long, venturing from Albany to Atlantic City, and had a $US250,000 pot of […] This little girl is the most passionate Tour de France fan

It’s been a great Tour de France this year with lots of surprises and the youngest-ever winner in Colombian phenom Egan Bernal of Team Ineos. The fans have been pretty great, too, and this might the most passionate of them all – a bespectacled little girl sitting on (presumably) her […]