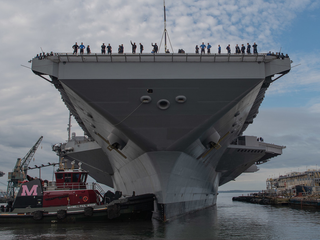 Acting Secretary of the Navy Thomas Modly said this week that fixing the USS Gerald R. Ford aircraft carrier is now a top priority, Military.com reported. Explaining at an event in DC that the president is very concerned about the Ford, which is over budget, behind schedule, and still experiencing […] I’m a Canadian who used to live in NYC. Here are...

Wealthy aristocrat who claimed he was an ‘honorable British gentleman’ jailed...