Inside the wild world of ‘The Points Guy,’ Brian Kelly

Brian Kelly is the founder and CEO of The Points Guy, a travel and credit-card-rewards website also known as TPG. Kelly lives a lavish lifestyle of first-class flights and luxury hotel suites in destinations including the Maldives, Venice, and Japan. Some former and current TPG employees described a workplace atmosphere […] 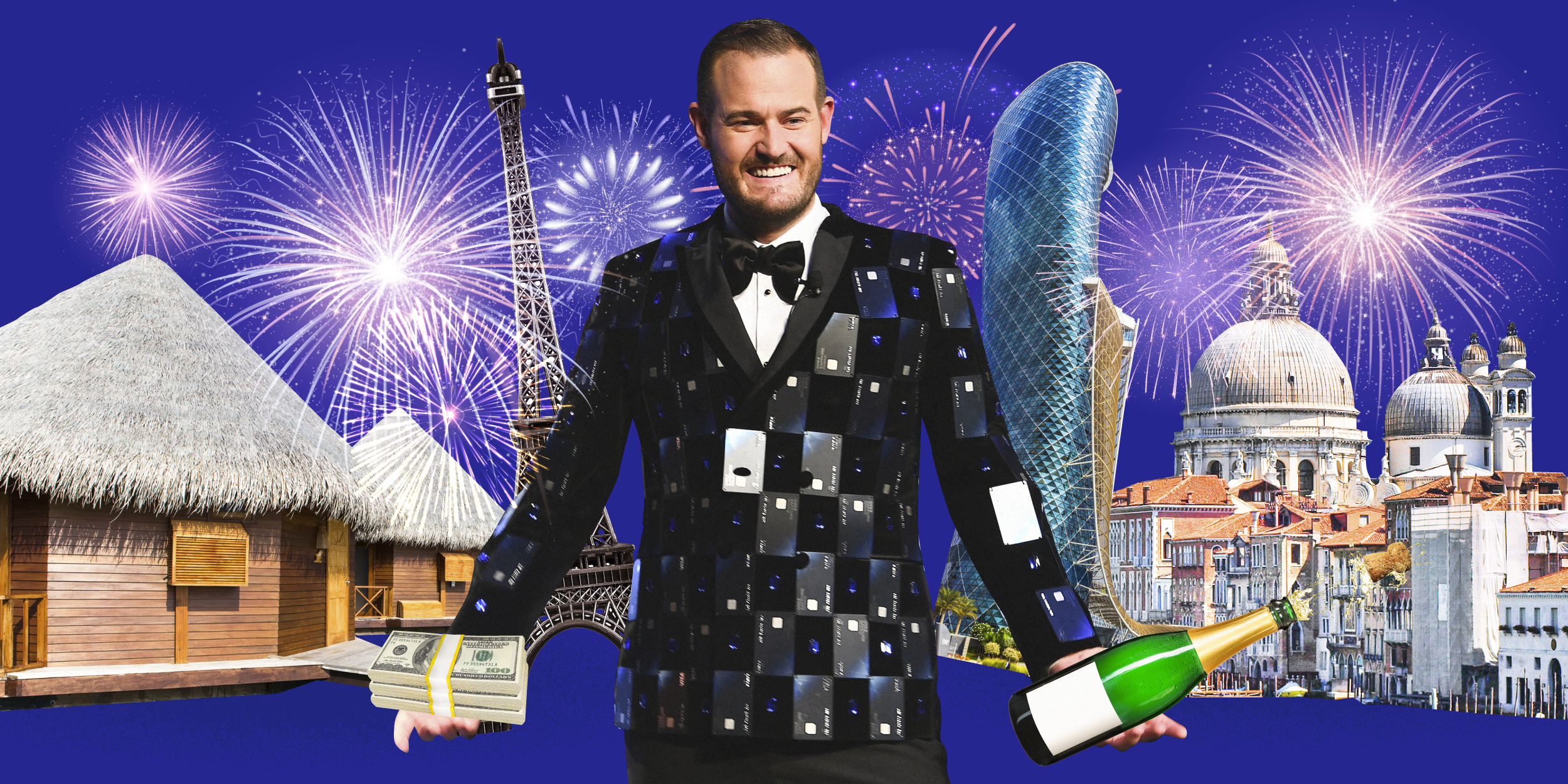 Here are the best airlines of 2019, according to the frequent-flying staff at The Points Guy

The travel and credit card rewards website The Points Guy (TPG) held its second annual TPG Awards on Monday at the Intrepid Sea, Air & Space Museum in New York. Award winners were chosen by thousands of readers and TPG editorial staff for the best airline, hotel, travel, and credit […] The best and worst major airports in the US

Travel website The Points Guy released a study ranking 50 major airports in the US. The study ranks the airports based on 34 different criteria including on-time performance, amenities like restaurants and lounges, average ride-share costs, and time it takes to get to the central part of the city. The […] These are the 15 best airports in America

The travel website, The Points Guy, recently released a ranking of the 15 best airports in America By looking at amenities, accessibility, and timeliness, The Points Guy was able to compile a report that ranked airports based on aspects that are most important to travellers. Using data collected from the […] The Points Guy has released its annual list of the best airlines in the US. TPG’s rankings feature America’s nine largest mainline carriers including American, Delta, United, Southwest, Alaska, JetBlue, Spirit, Frontier, and Hawaiian. The rankings are based on a set of 10 criteria including tickets prices, customer satisfaction, and […] The best and worst airports in the US

The INSIDER Summary: • The Points Guy... Pumpkins and Halloween decorations are suddenly everywhere, and that means that Thanksgiving is just around the corner, so it is time to start booking your travel plans if you haven’t already. Trying to make sense of airfare fluctuations and fare rules is a tough game to play, especially around the […] 10 Hotel Chains With The Healthiest Perks

I’ll be honest, travelling totally messes up my fitness and dietary regimen. I don’t mind going to my local gym when I’m at home, but getting me into a hotel gym is a challenge and I’m always more apt to eat unhealthy food while travelling. I’m sure I’m not alone, […] 10 Ways To Get Through Airport Security Faster Than Ever

[credit provider=”Flickr/Ben Poppen” url=”http://www.flickr.com/photos/[email protected]/6162769594/in/photostream/”] Getting through airport security can be one of the most frustrating aspects of the travel experience.Slow lines, grouchy TSA agents and borderline violations of privacy are just some of the joys you can hope to experience on your next trip to the airport. [credit provider=”Flickr / fomu” url=”http://www.flickr.com/photos/fokkomuller/6364532771/in/photostream/”] I’ve had elite status for so long, that it’s sometimes hard to remember what life was like before being showered with endless perks.While pre-elite life is a distant memory, I do recall it being a lot less enjoyable. While some airlines are scaling back on […] 10 Tips To Get The Most From Car Rentals

[credit provider=”Flickr / prayitno” url=”http://www.flickr.com/photos/[email protected]/6835744917/in/photostream/”] The summer driving season is upon us, and with gas prices so high, I thought it would be helpful to put together this list of the top 10 ways to save on car rentals so you can get where you need to go without emptying […] This Is How An Expert Finds The Best Frequent Flier Program

[credit provider=”Flickr via dheuts” url=”http://www.flickr.com/photos/dheuts/3704526580/in/photostream/”] I get asked the question, “Which frequent flyer program is the best?” all the time.My response is always: “the one that works the best for you.” 10 Credit Cards For travellers Who Refuse To Pay Full Price

[credit provider=”Flickr / konishiroku_” url=”http://www.flickr.com/photos/takanama/4610893696/in/photostream/”] 1. Starwood American Express: This is one of the best points-earning cards out there, especially because Starpoints can be so valuable thanks to great redemption options including Cash & Points at the over 1,000 Starwood properties all over the world.Members can also transfer your points into miles […] How I Created The Ultimate Arsenal Of Reward Credit Cards

There’s no beating around the bush that Chase is the king of credit card offers at the moment.They are investing heavily to get market share in the credit card marketplace and in order to get new customers, they are offering extremely generous sign-up bonuses. Your Vacation’s Going To Cost Way More This Year

[credit provider=”Flickr / Gilderic Photography” url=”http://www.flickr.com/photos/gilderic/4776612467/in/photostream/”] Apart from the freaky weather we’ve been having all over the country, the big national news lately has been about soaring gas prices and how they’re going to affect other aspects of daily life through the summer, including airfares.Well, the findings are in, and […] Delta’s New ‘Basic Economy’ Fare Could Be A Game-Changer

[credit provider=”Marty Yawnick / Flickr” url=”http://www.flickr.com/photos/[email protected]/4922632158/”] Earlier this week I wrote about potential changes to the Delta SkyMiles program that could potentially devalue how much SkyMiles are worth.In the latest news that goes along with Delta’s plans to align benefits with the amount of money you spend, the airline has announced that it is […] [credit provider=”Flickr – wanderingz” url=”http://www.flickr.com/photos/wanderingz/3962496354/”] One of the things I like doing least in life is calling up airlines. Even as a top-tier member in several elite status programs, I dread having to pick up the phone and speak with phone agents.However, as much as I don’t like it, it’s a fact […] [credit provider=”Flickr/Benson Kua” url=”http://www.flickr.com/photos/bensonkua/6040992849/sizes/z/in/photostream/”] Yesterday’s one-day-only amazing Amex offer of 75,000 Membership Rewards points for the Amex Business Rewards Gold card came with a pretty hefty minimum-spend requirement of $10,000 within the first four months.  Many of you talked about finding creative ways to hit that spend, so I thought I’d pull […] AmEx Will Give You 25,000 Points For Signing Up For This Card

[credit provider=”Flickr / The.Comedian” url=”http://www.flickr.com/photos/[email protected]/5399559544/sizes/m/in/photostream/”] For the past year or so, the American Express Premier Rewards Gold card has had a 15,000 point sign-up bonus, but today American Express raised it to 25,000 after $2,000 is spent within the first three months and the $175 annual fee is waived the first year.While […]