Warning: There are major spoilers for “The Mandalorian” season two finale, “The Rescue,” ahead. Luke Skywalker (Mark Hamill) made a surprise cameo on the finale to rescue Grogu. Creator Jon Favreau told “Good Morning America” Monday that he was “scared” the character’s appearance would leak in advance. Visit Insider’s homepage […]

The new Boba Fett TV show will premiere before ‘The Mandalorian’ season 3, which is likely coming in 2022 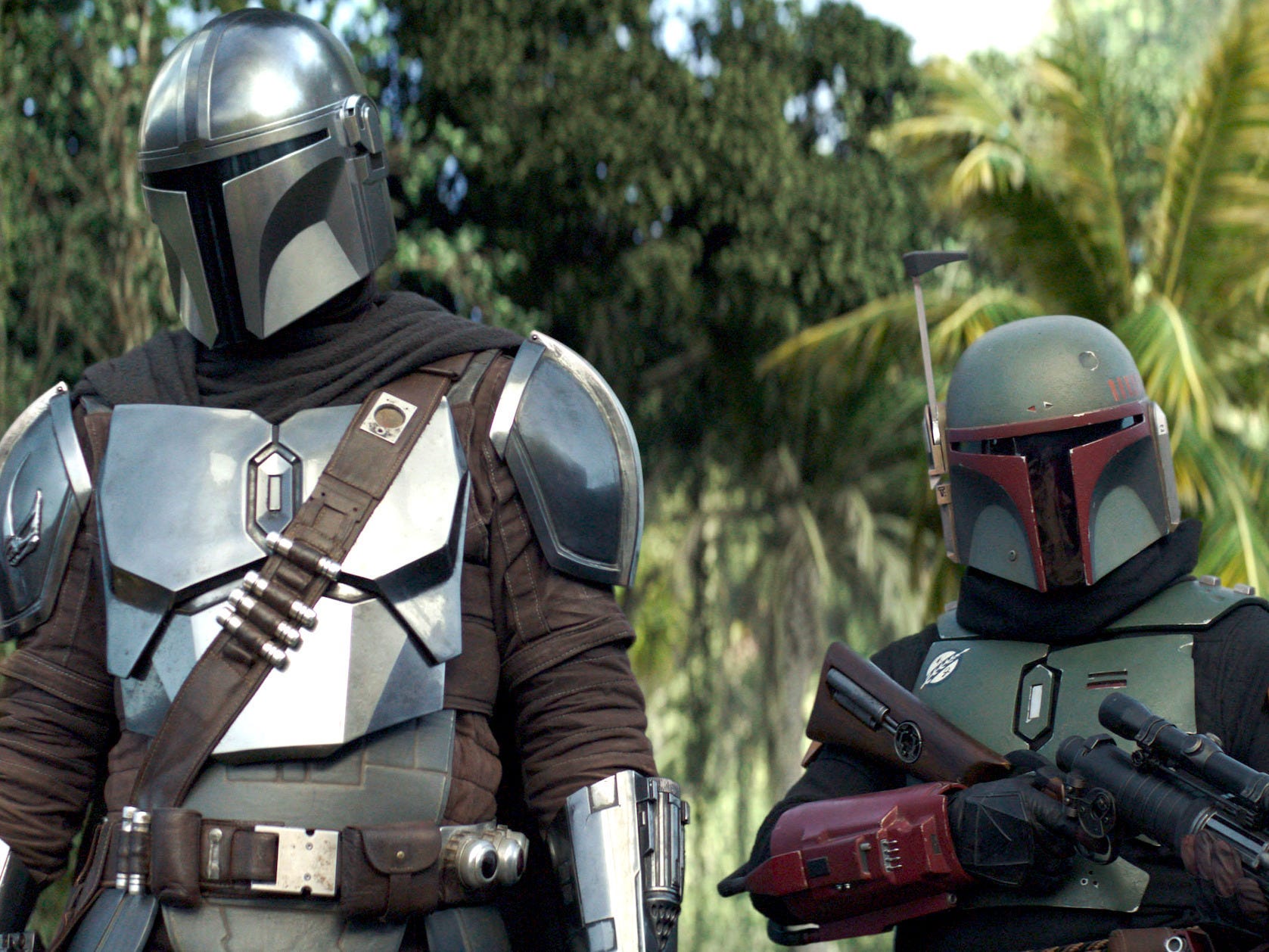 Warning: There are massive spoilers ahead for “The Mandalorian” season two finale. A fan-favourite character makes a surprise cameo near the end of the episode. Fans are extremely concerned about what the reveal means for Grogu (also known as Baby Yoda) moving forward. Visit Insider’s homepage for more stories. Longtime […]

Warning: Spoilers ahead for “The Mandalorian.” “The Mandalorian” season two continued this week with “Chapter 14: The Tragedy,” which ended with a devastating turn of events for Grogu and his bounty hunter protector. We’ve rounded up the best tweets and memes from the episode, all of which focus on fans’ […] 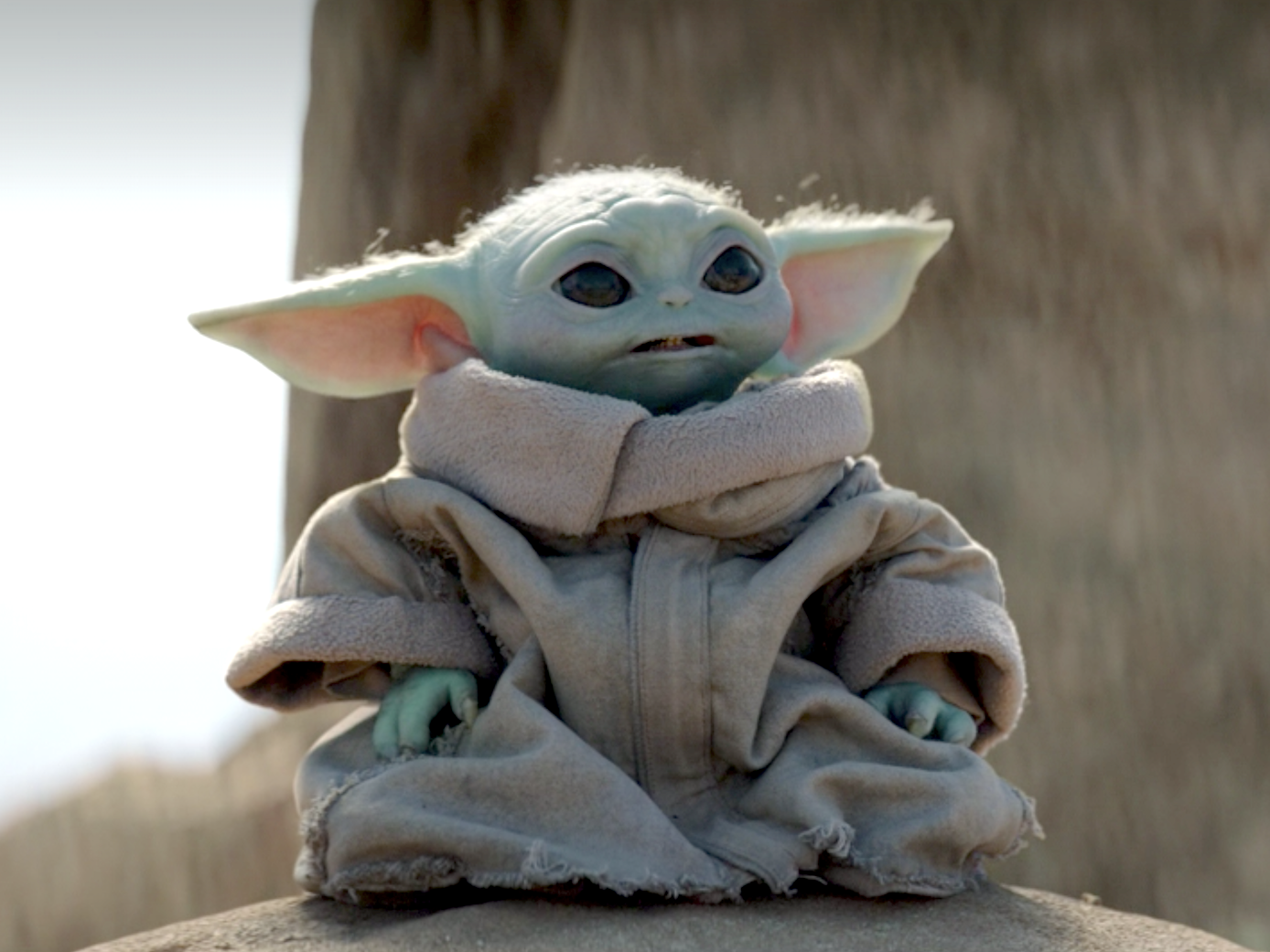 ‘The Mandalorian’ just gave Baby Yoda a name, and fans aren’t sure what to make of it

Warning: There are massive spoilers ahead for “The Mandalorian” season two, episode five. Nineteen minutes into the episode, fans learn the name of The Child, the creature better known to fans as Baby Yoda. Some fans are saying they’re going to stick with Baby Yoda. Visit Insider’s homepage for more […]

You can now buy the macarons Baby Yoda steals from a classmate in chapter 12 of “The Mandalorian.” Williams Sonoma is selling a pack of 12 “Nevarro Nummies” for $US49, although postage and packaging will raise that price to around $US60. Williams Sonoma’s product description reads: “For authentic galactic flavour, […] 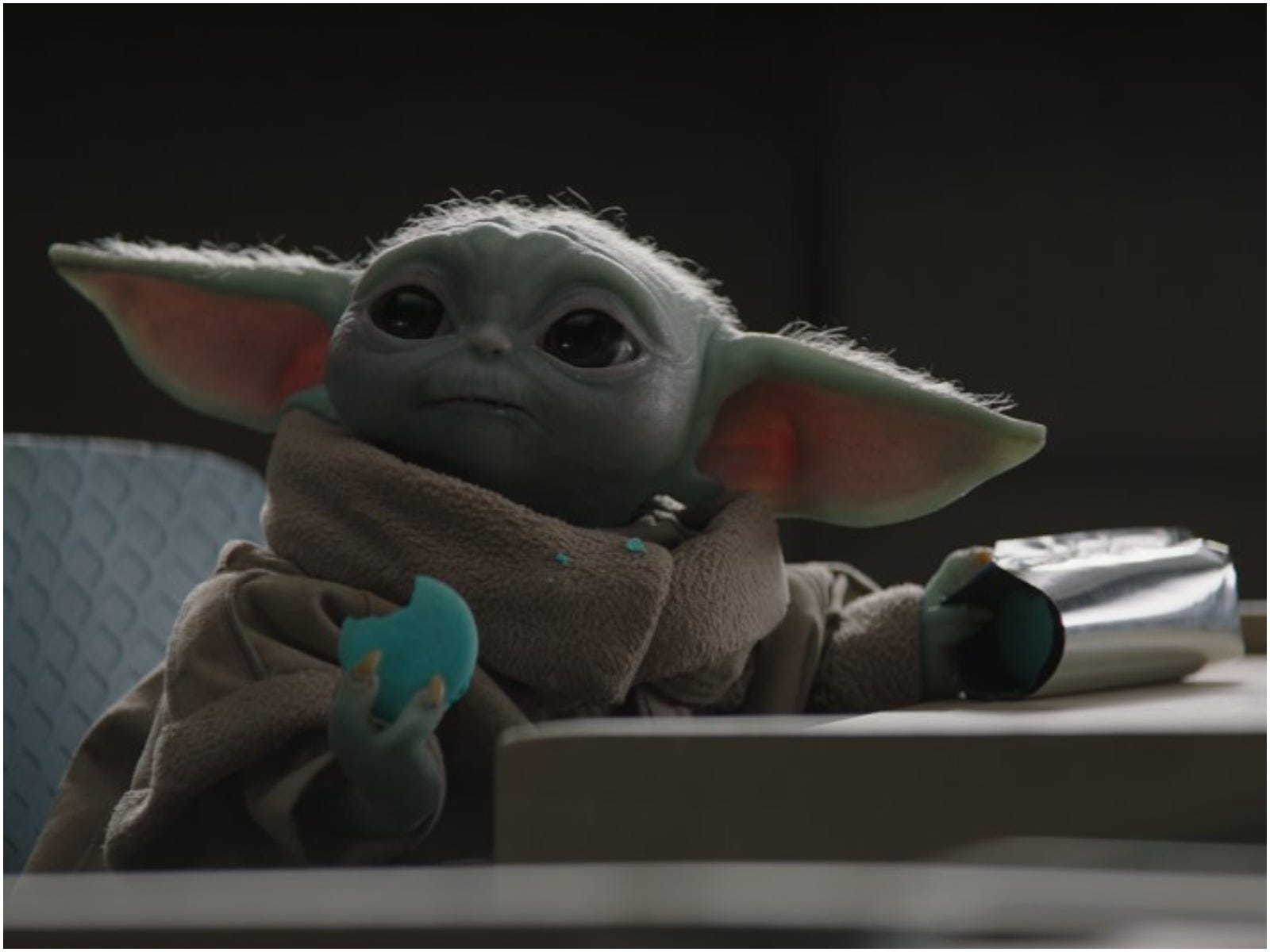 “The Mandalorian” star Giancarlo Esposito, who plays Moff Gideon in the Disney Plus series, refers to Baby Yoda, also known as the Child, as “he or she.” “I like to think that the gender of this Child far surpasses the boundaries and limitations of how we see and feel gender […] 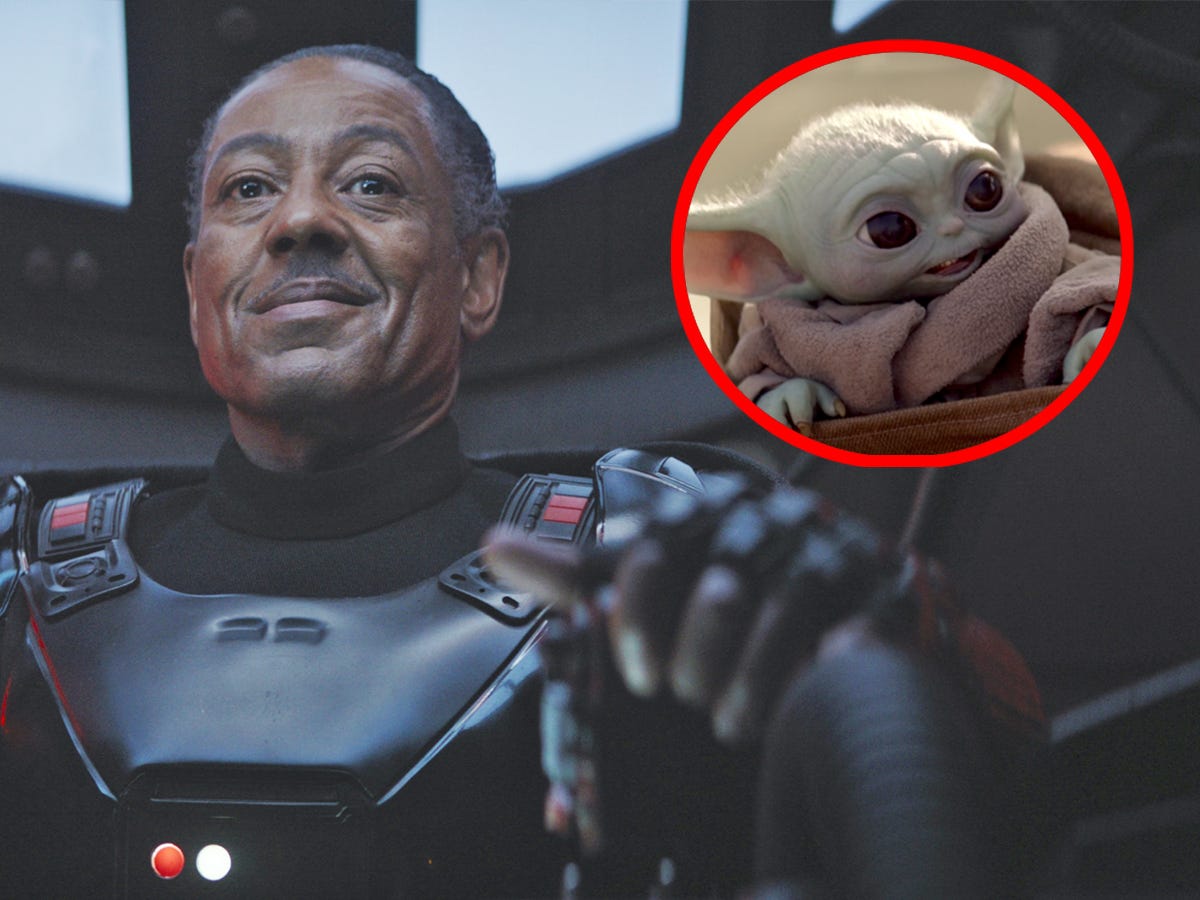 “The Mandalorian” season two continued this week with “Chapter 12,” in which the Child (aka “Baby Yoda”) visited a classroom and ate some space cookies. We’ve rounded up the best tweets and memes from the episode, including everyone’s new favourite character, “Jeans Guy” – a man from the crew spotted […] 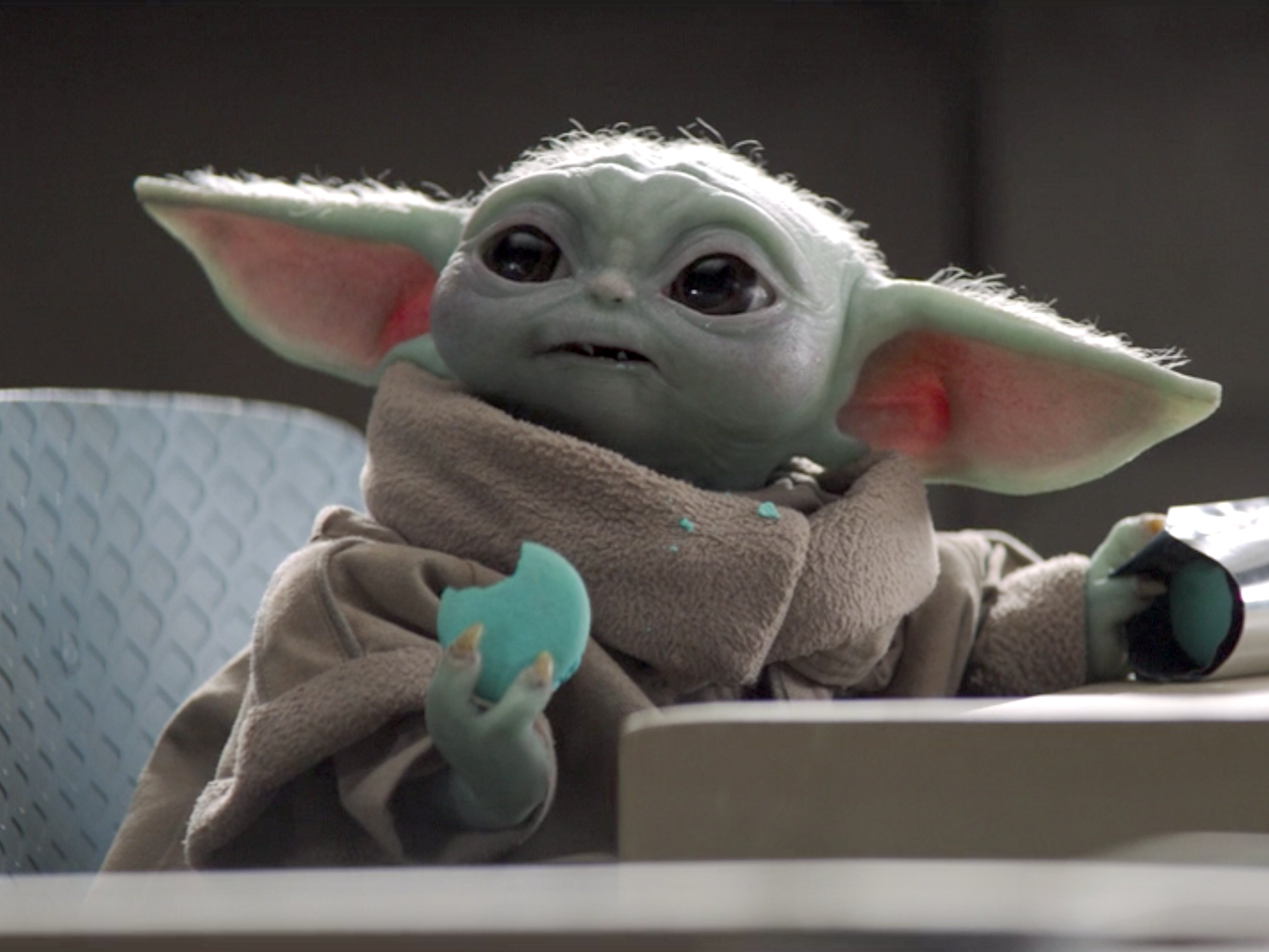 Ming-Na Wen joined “The Mandalorian” on season one, episode five as an assassin, Fennec Shand. Still, her character was seemingly killed after one episode. While speaking about home release of “Mulan” on 4K and Blu-ray, Insider asked Wen if we’re ever going to learn what really happened to her “Star […]

#FireGinaCarano was trending on Twitter after “The Mandalorian” actress shared anti-mask memes and voter fraud theories on Twitter. Carano, who plays Cara Dune, shared a meme that read: “Democratic government leaders now recommends we all wear blindfolds along with masks so we can’t see what’s really going.” Carano also echoed […] 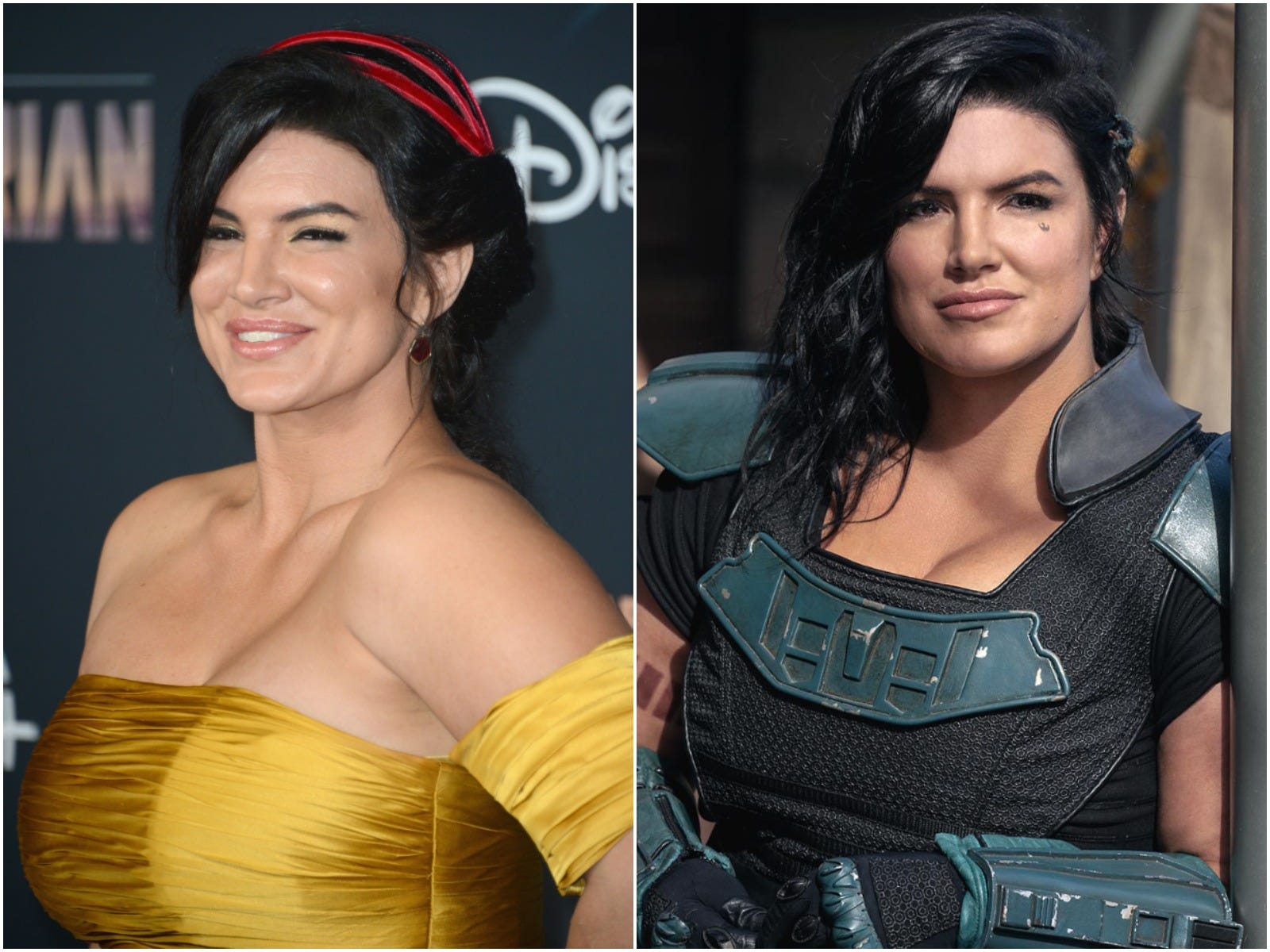 Season two of “The Mandalorian” continued with “Chapter 11,” bringing the bounty hunter and Baby Yoda to another new planet. Ever since her first appearance in “Chapter 10,” fans have been obsessed with the newest character: Frog Lady. Even though she doesn’t have a name, that hasn’t stopped “Star Wars” […] 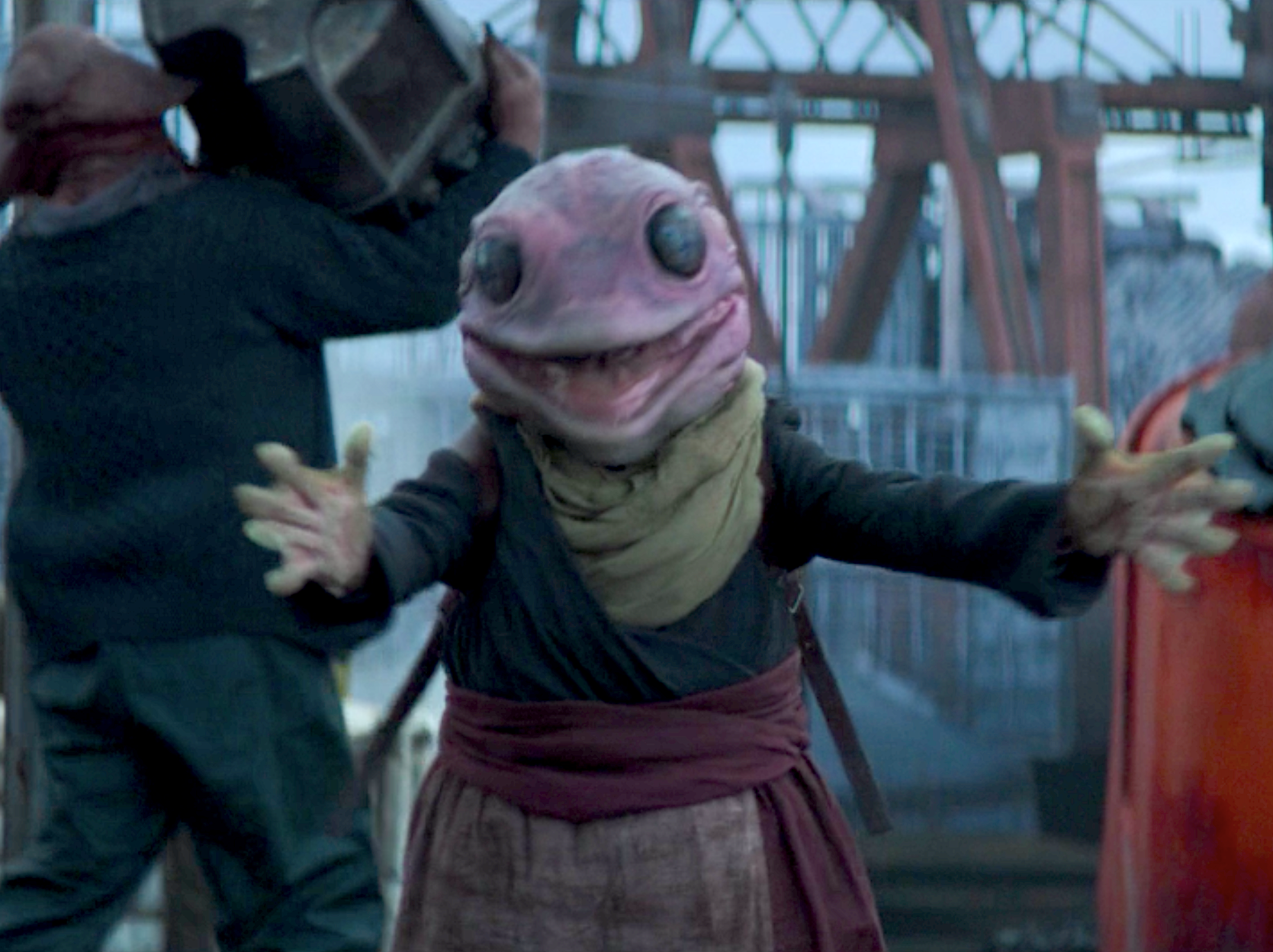 Andrew L. Jones, the recently Emmy-winning production designer of “The Mandalorian,” has kept up the “Star Wars” tradition of using real-world objects for props. He even reproduced a specific compressor machine that was used in the very first “Star Wars” movie inside Docking Bay 94, where the Millennium Falcon was […] 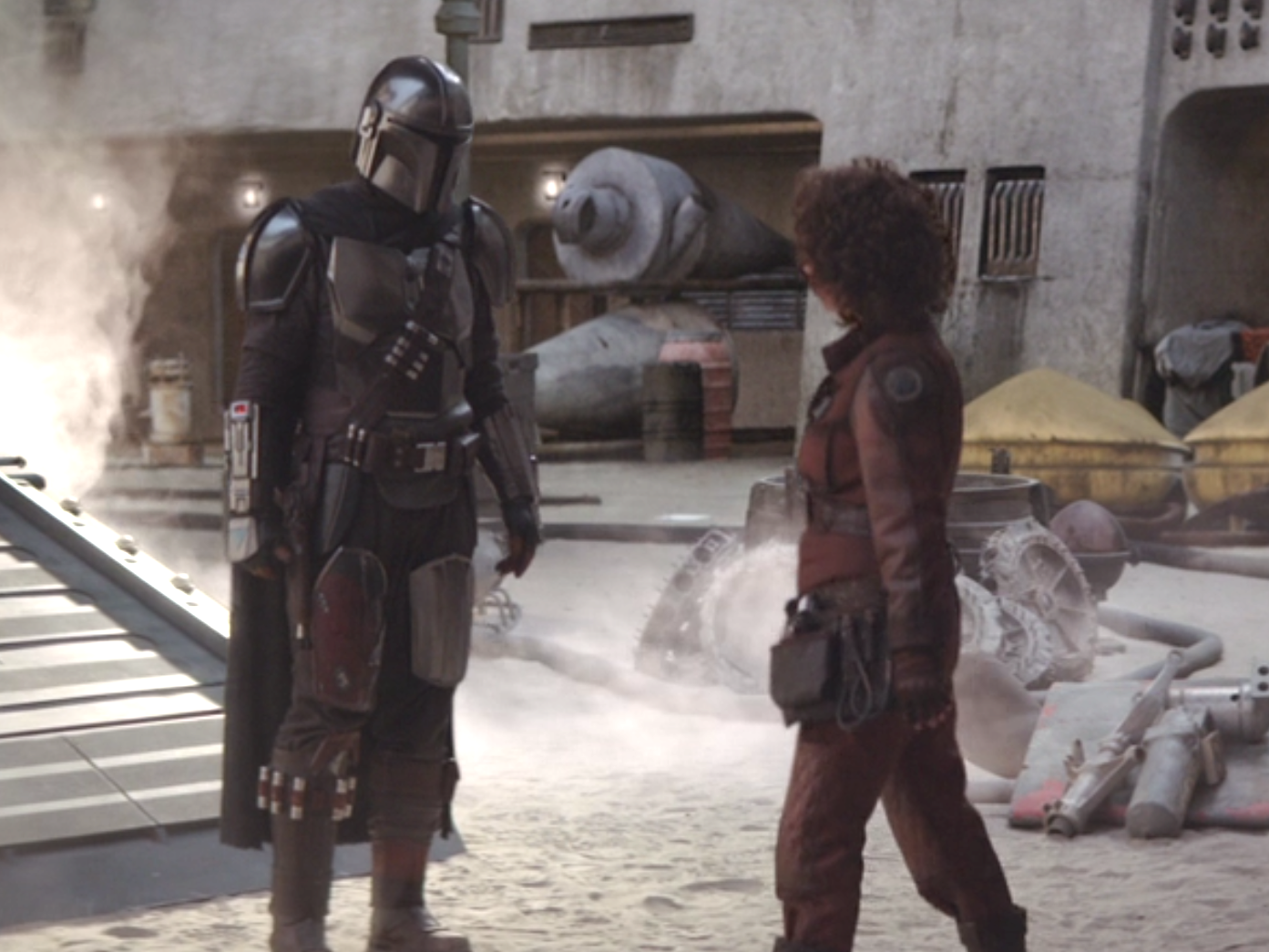 Disney released a new special look at “The Mandalorian” during Monday Night Football. The minute-long teaser shows Mando (Pedro Pascal) continuing his quest to return the Child (aka fondly dubbed Baby Yoda by the internet) to his kind. That’s going as well as predicted as he faces off against Stormtroopers […] 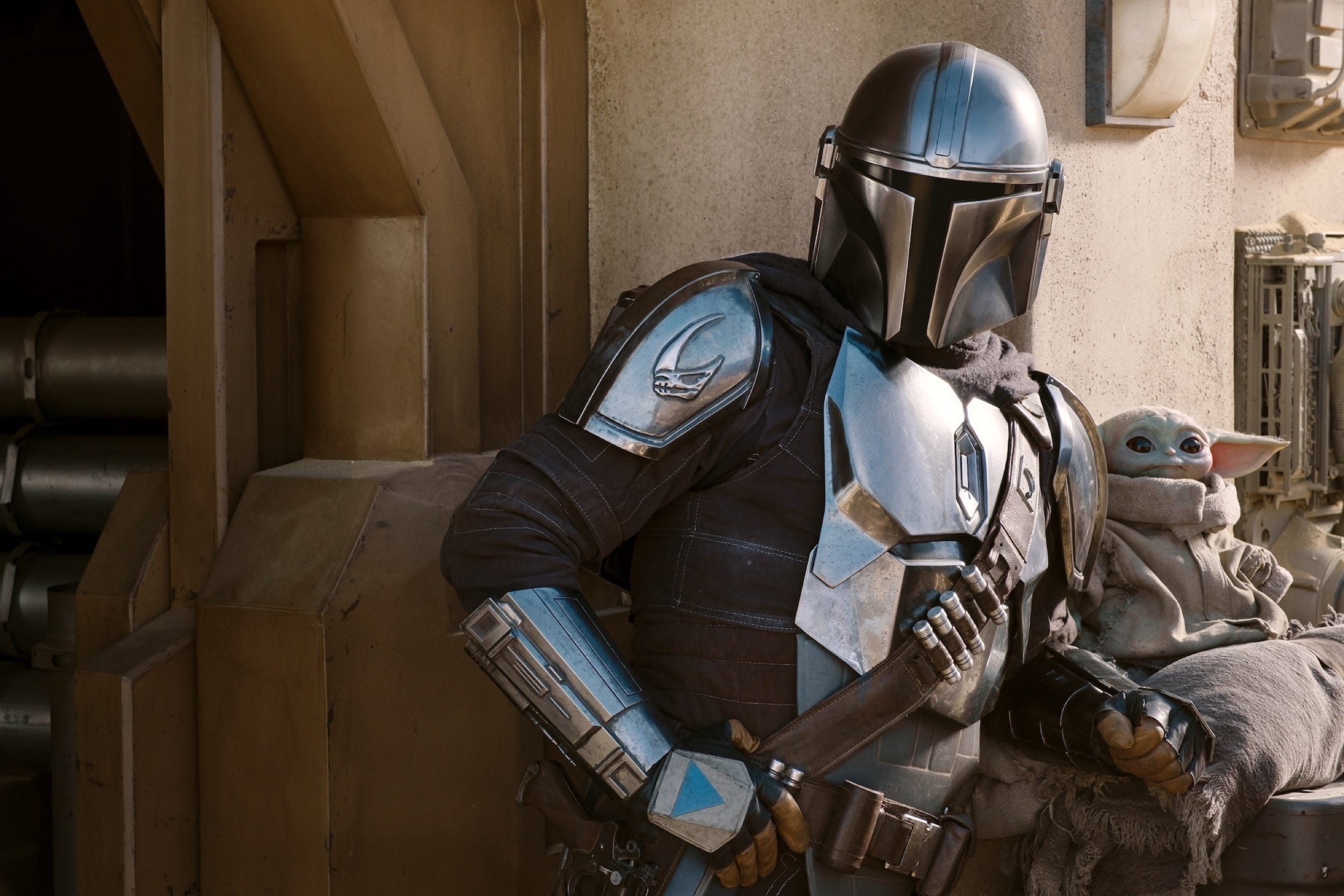 “The Mandalorian” cinematographer Greig Fraser said that Bryce Dallas Howard had to convince her kids to keep Baby Yoda a secret. Meanwhile, he had to hide it from his own kids whenever they visited the set as they wouldn’t have been able to keep the secret. Fraser said: “I had […] 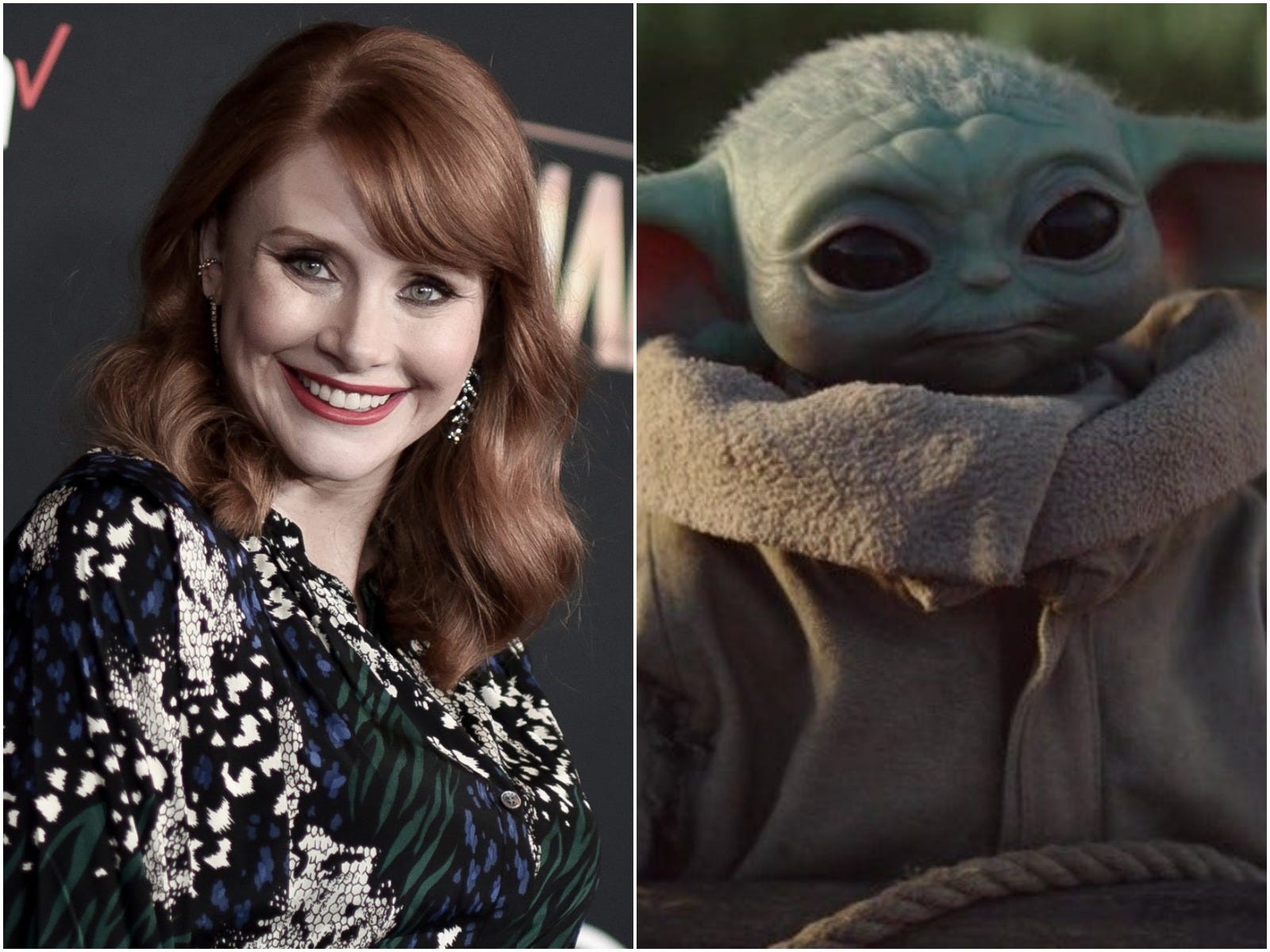 “The Mandalorian” cinematographer Greig Fraser told Insider that shooting baby Yoda was similar to shooting actors wearing prosthetics, like Christian Bale in “Vice” and Steve Carell in “Foxcatcher.” Fraser said: “Both of those films had significant prosthetic work. You do need to be cognisant of the fact that the material […] 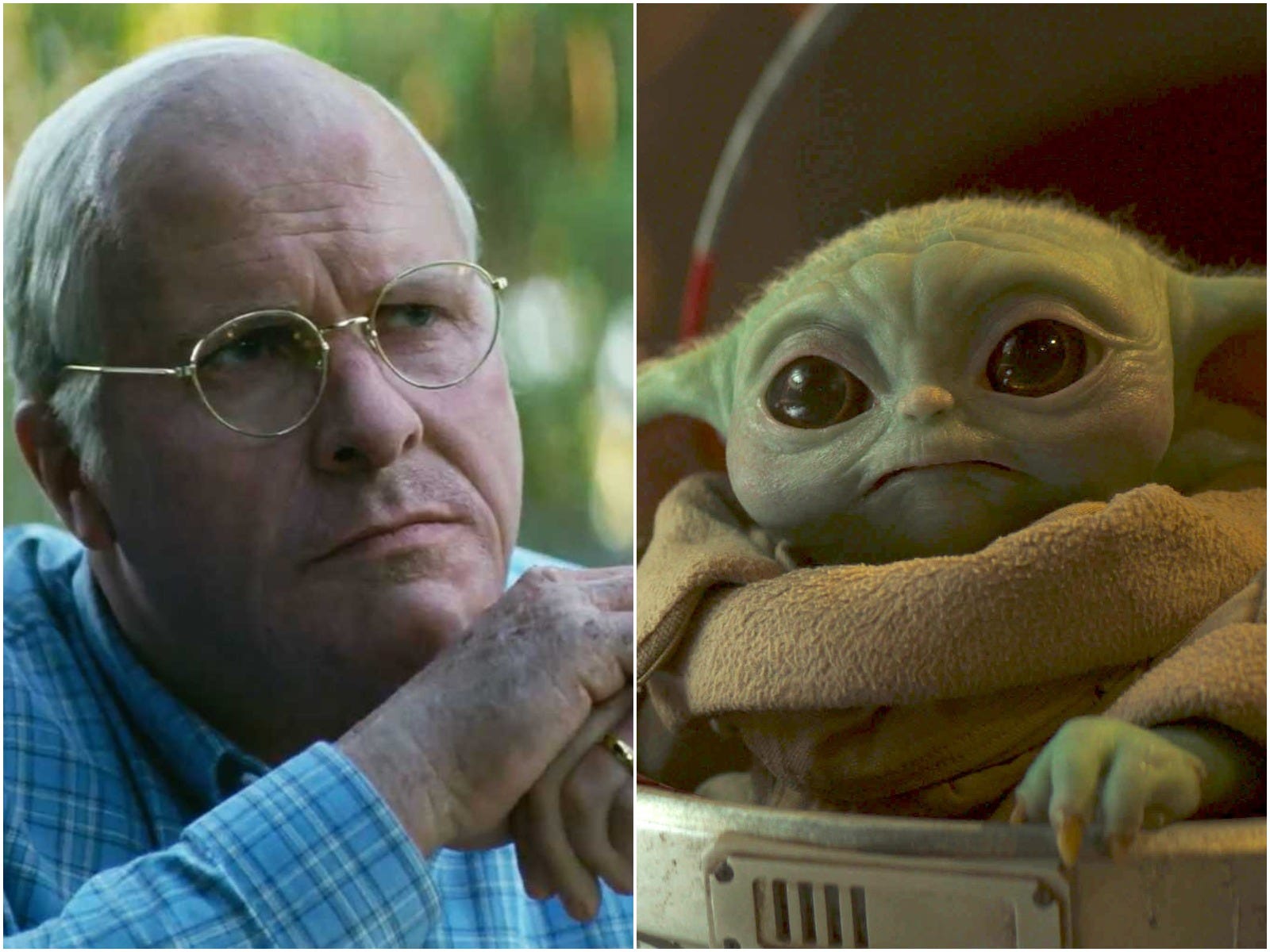 Disney Plus just dropped the first trailer for “The Mandalorian” season two. In one scene, the Child (aka Baby Yoda) presses a little button on his crib so it closes up before the Mandalorian starts fighting a new group of baddies. The moment has already become a new “nope” meme […] 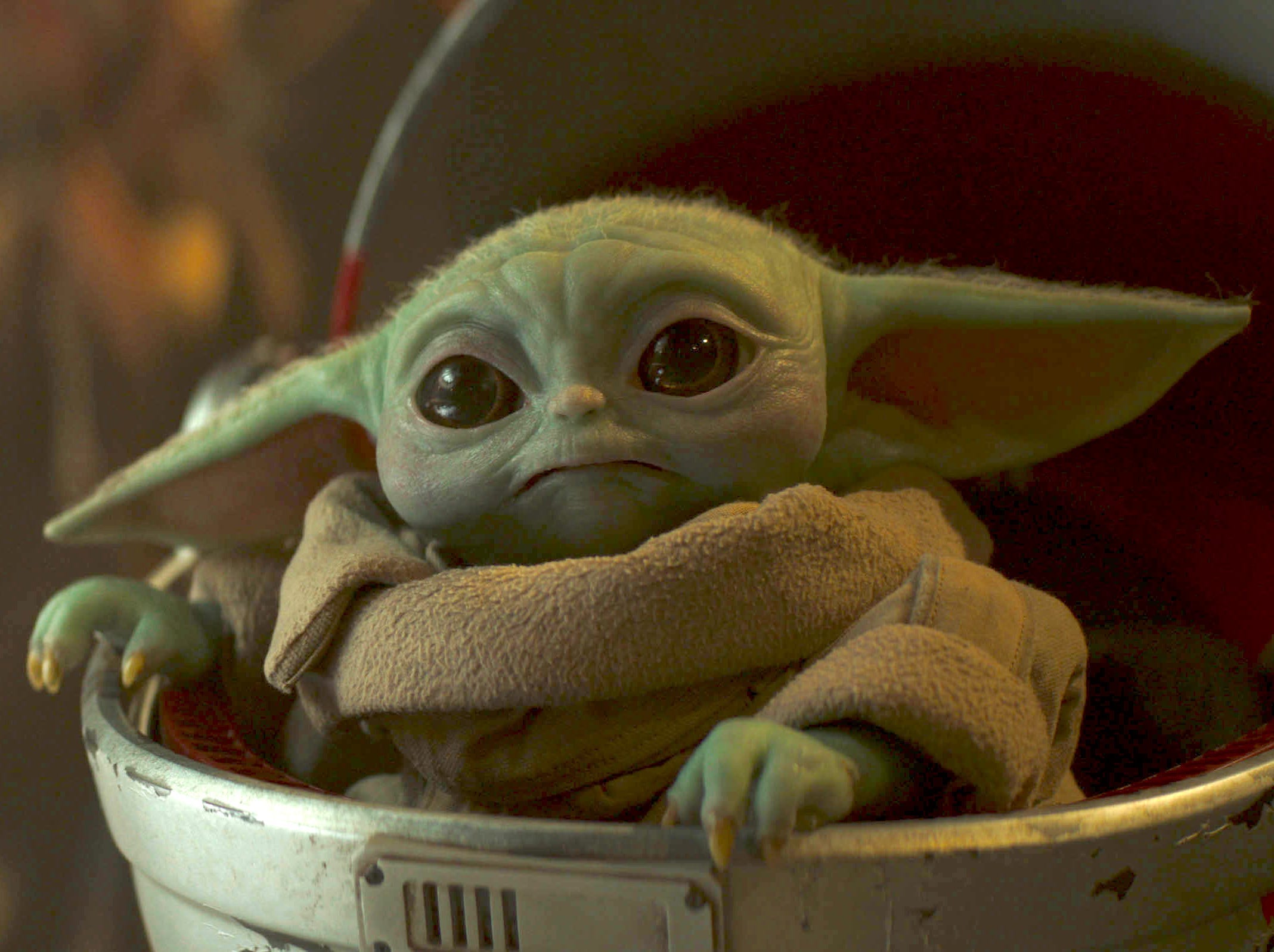 The trailer for season two of Disney Plus’ “The Mandalorian” has dropped ahead of its October 30 release date. Season two picks up right after season one ended, with Pedro Pascal’s the Mandalorian setting off to find a home for “the child,” affectionately known as Baby Yoda by fans. A […] 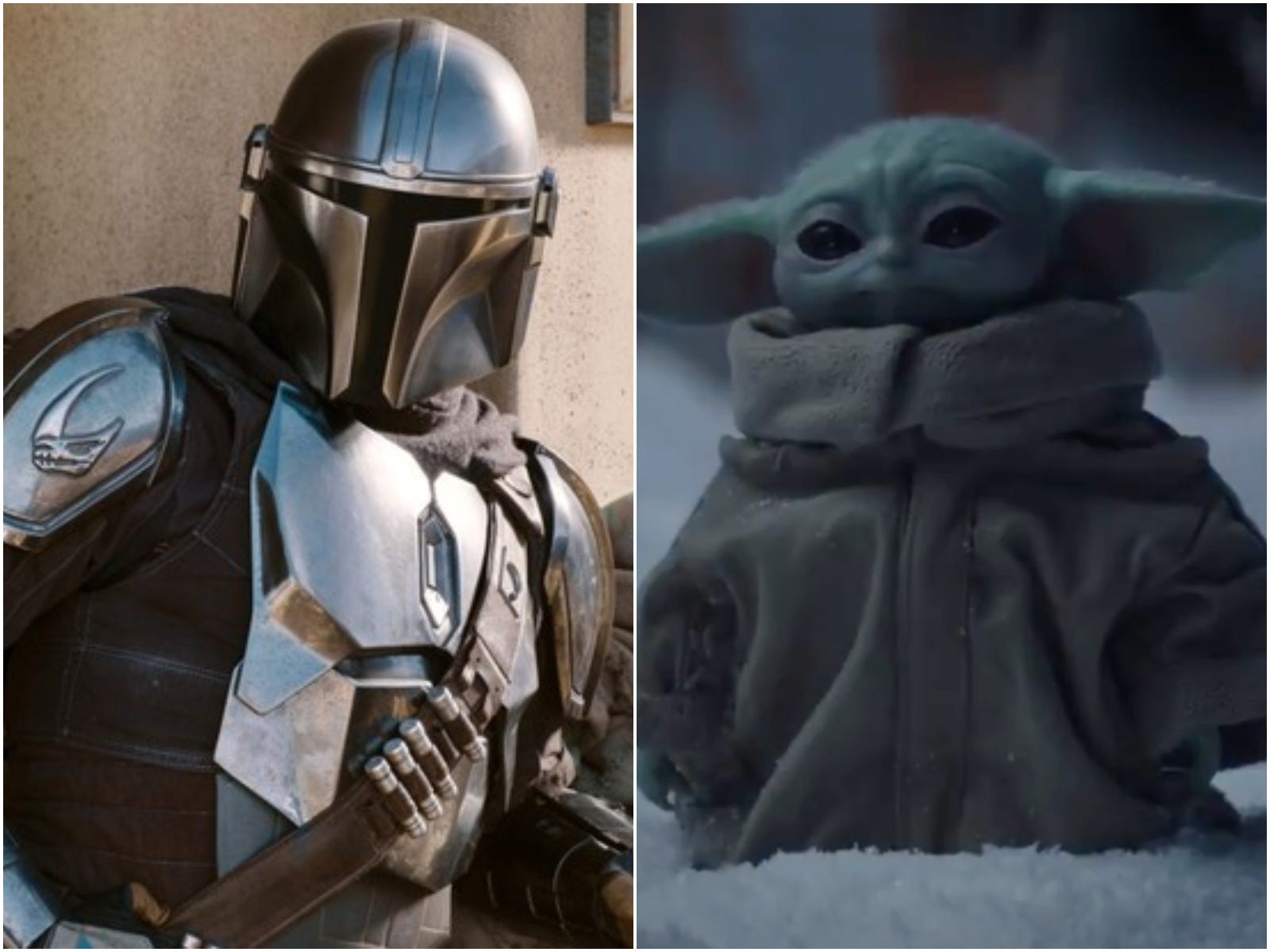 The fourth episode of Disney Plus’ series “The Mandalorian” premiered last Friday. Fans continued sharing great tweets and memes about “Baby Yoda” and the mysterious Mandalorian character. With hundreds of thousands of retweets and likes, these posts with great videos and GIFs show how the series is just gaining popularity […] Disney Plus‘ new series “The Mandalorian” features an unfairly adorable baby creature that looks like a mini-Yoda. The show’s creator, Jon Favreau, shared the first concept artwork of “Baby Yoda” on Twitter. “Star Wars” fans are beside themselves over how cute the little child looks. Visit Insider’s homepage for more […] The new Disney Plus TV show “The Mandalorian” surprised fans by centering on a baby creature that looks like a tiny Yoda. It’s not literally a baby Yoda, but “Star Wars” fans have nicknamed it “Baby Yoda” anyway. People on Twitter and Reddit can’t get enough of how cute it […] 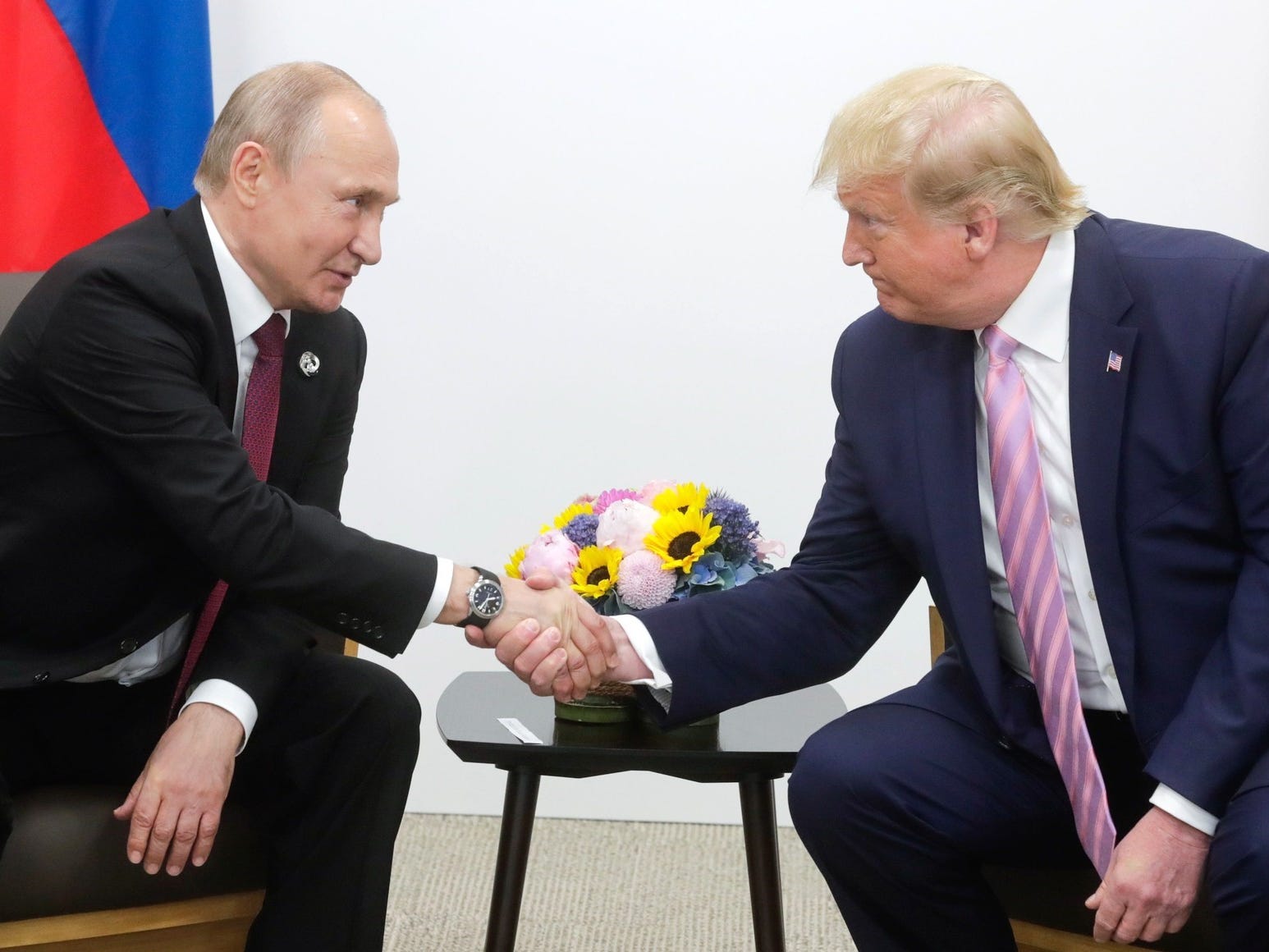