"The Handmaid's Tale" was nominated for 21 awards for this year's Emmy Awards, but it failed to win a single category. 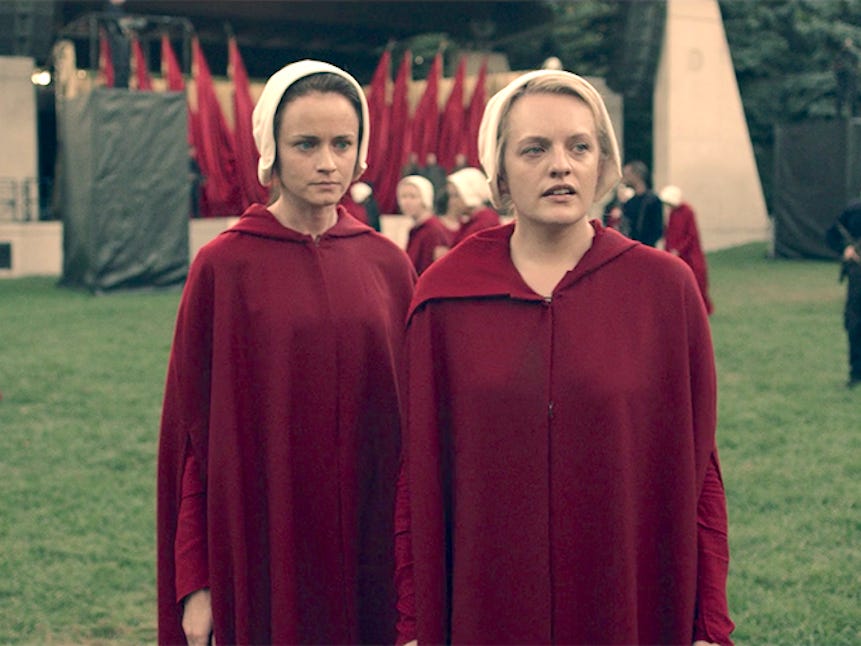 Season 4 of ‘The Handmaid’s Tale’ reflects the ‘journey’ ahead of the US after the Trump administration, the show’s executive producer says

Executive producer Warren Littlefield spoke with Insider about working on season four of the dystopian drama during the 2020 presidential election. 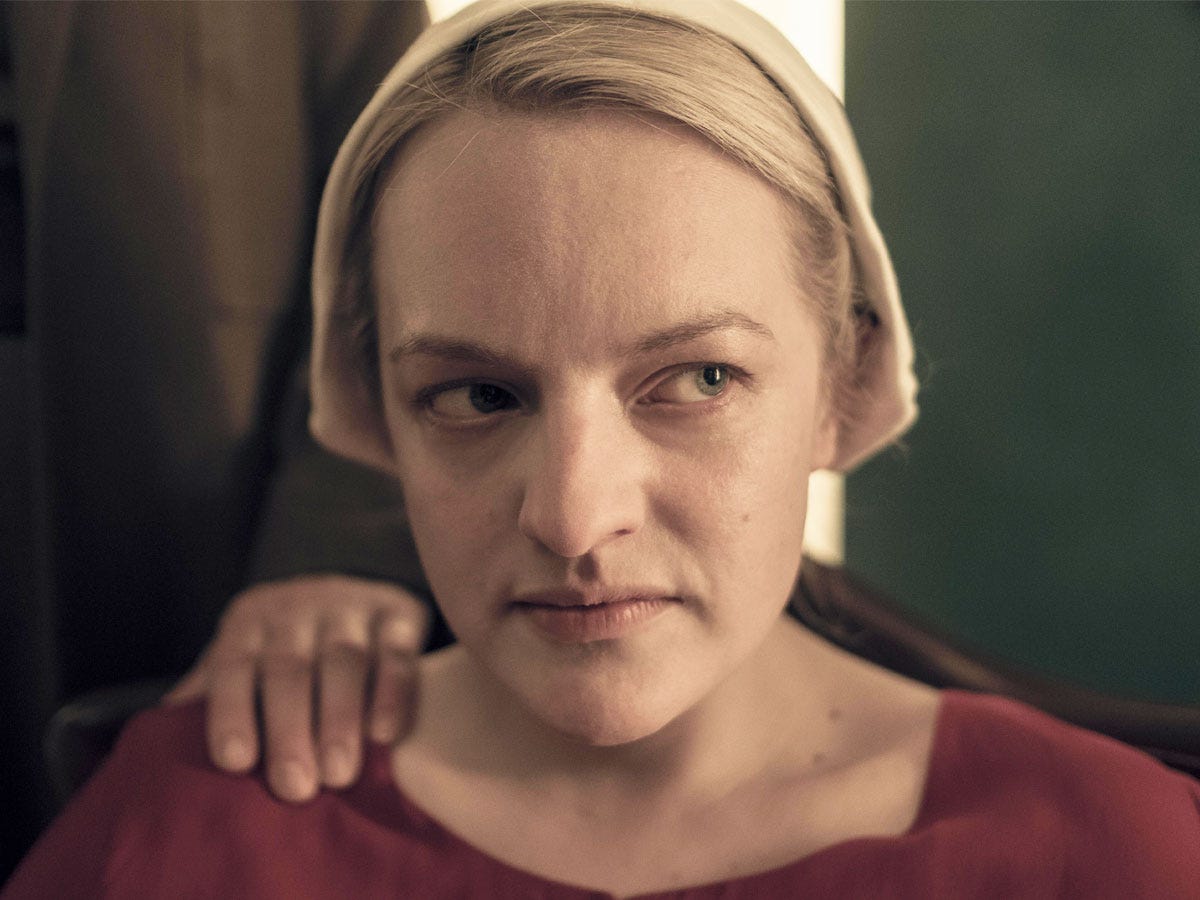 The cast of “The Handmaid’s Tale” has starred in many major projects, but not all of them have been hits with critics. Elisabeth Moss’s worst movie to date is “Did You Hear About the Morgans?” and Samira Wiley’s is “37.” Joseph Fiennes’ worst movie, “Killing Me Softly,” has a 0% […] Hulu and MGM are developing a sequel TV series to “The Handmaid’s Tale” based on Margaret Atwood’s upcoming follow-up novel, “The Testaments.” “The Testaments” has been praised by critics ahead of its September 10 release, and is shortlisted for the Booker prize. Visit Business Insider’s homepage fo r more stories […]

Over the weekend Kylie Jenner threw a birthday party for her best friend Anastasia Karanikolaou. The theme was “Handmaid’s Tale.” Online, people are criticising Jenner for taking inspiration from the dystopian show which depicts a reality in which women have limited autonomy. People are calling the party, in which people […] The 8 Hulu TV shows that are better than ‘The Handmaid’s Tale,’ according to critics

INSIDER picked the best of this year’s summer TV shows, both new and returning. We’re most for “When They See Us,” “Good Omens,” “The Handmaid’s Tale,” “Big Little Lies,” “Pose,” “Dark,”“Stranger Things 3,” “Veronica Mars,” and “Mindhunter.” Following the series finale of “Game of Thrones” at the end of May, […] ‘The Handmaid’s Tale’ was seen filming in Washington, DC, and people thought it was another protest

Here’s the haunting teaser trailer for ‘The Handmaid’s Tale’ season 3, which just aired during the Super Bowl

Hulu aired a haunting new teaser trailer for the next season of its hit show, “The Handmaid’s Tale,” during the Super Bowl in which the show’s lead, June (Elisabeth Moss), asks America to “wake up.” If it looks familiar, it should. INSIDER was told the Super Bowl ad was inspired […]

Twitter revealed its five most tweeted about streaming TV shows of 2018, and four of them are Netflix series. Two of those, “Stranger Things” and “Black Mirror,” didn’t even debut new seasons this year. “13 Reasons Why” topped the list, and its second season sparked controversy this year. The only […]

The “Unwomen” were shown for the first time on season two of Hulu’s “The Handmaid’s Tale.” INSIDER spoke with costume designer Ane Crabtree about how she designed their outfits. A song mashup she accidentally found served as the inspirational catalyst. When viewers first get a glimpse of the Unwomen in […]

A line of wines inspired by Hulu’s “The Handmaid’s Tale” was quickly canceled after being officially revealed. The wines faced criticism for being a tone-deaf marketing ploy, as the show is about a dystopian American where women have little freedom and rights. If you were looking to get your hands […]

‘SNL’ turned ‘The Handmaid’s Tale’ into ‘Sex and the City’, and it’s terrifying

We’re officially halfway through 2018, and there’s already been some great TV – including the final season of FX’s “The Americans,” season two of Netflix’s “Glow,” and Amazon’s new series “A Very English Scandal” starring Hugh Grant. With so many great shows already, we started thinking about the new and […]

Hulu’s ‘The Handmaid’s Tale’ season 2 has a 100% on Rotten Tomatoes, topping its Emmy-winning debut season

Hulu‘s Emmy-winning drama series, “The Handmaid’s Tale,” has a 100% “Fresh” rating on Rotten Tomatoes for its second season, which premieres Wednesday. Extending beyond the Margaret Atwood dystopian novel that its first season was adapted from, “The Handmaid’s Tale’s” second season is getting laudatory reviews. Hulu’s Emmy-winning drama series, “The […]

Disney is close to buying a bunch of assets from 21st Century Fox, according to CNBC. Such a deal could mean Disney ends up owning 30%-40% of the domestic box office, and 60% of Hulu. The potential deal could likely face scrutiny from the DOJ. On Tuesday, CNBC reported that […]

Hulu announced that season two of "The...

Since ‘The Handmaid’s Tale,’ Hulu’s new subscriber sign-ups have nearly doubled, as it takes on Netflix