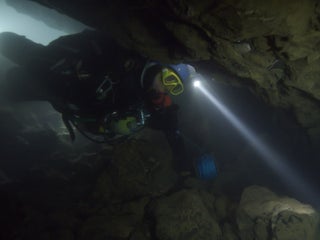 Thanks to archival footage, slick CGI, and reenactments with the real-life cave diving heroes, the documentary is destined for Oscar attention. 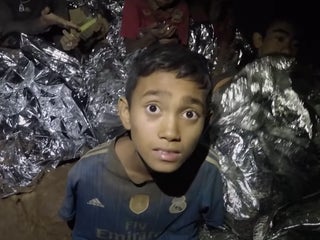 One of the Thai navy SEALs who helped rescue a boys’ soccer team from a cave in 2018 died on Friday after an infection he contracted during the mission spread to his bloodstream. Petty Officer 1st Class Beirut Pakbara was one of the divers who swam out the soccer team […] Tourists can now enter the Thai cave where 12 boys and their soccer coach were rescued after spending 17 days trapped inside. The cave complex, located in Thailand’s northern Chiang Rai province, was previously closed to tourists due to safety concerns and restoration efforts. But the Department of National Parks, […] Tesla and SpaceX CEO Elon Musk hired a convicted felon with a shady past to investigate a British diver who is suing Musk for calling him a “pedo guy.” Musk and Vernon Unsworth exchanged words during last year’s rescue of a Thai soccer team who were stuck in a cave […] It’s been one year since 12 Thai soccer players and their 25-year-old coach were rescued from a cave after being trapped inside with little food or water for 17 days. The boys revisited the cave site for a traditional Buddhist ceremony, honouring former Thai Navy SEAL diver Saman Gunan who […] A British diver who helped save a Thai soccer team from a flooded cave had to himself be rescued after getting stuck in an underground cave in Tennessee. Diver Josh Bratchley was part of a team of UK-based divers who aided the rescue of 12 Thai school boys and their […]

The Thai teens who were trapped in a flooded cavern last summer were given ketamine so they would not panic during the complicated rescue. Twelve soccer players and their coach were left stranded in Thuam Lung cave after monsoon waters blocked the way out. Rescue divers had to manoeuvre them […]

A Thai soccer team that gripped the world when it got trapped in a cave for 17 days last summer is set to sign a deal with Netflix. Netflix confirmed to Business Insider that it is working on a “original scripted mini-series” about the rescue. The 12 boys and their […] In an email to a BuzzFeed reporter, Tesla CEO Elon Musk doubled down on his attacks on Vernon Unsworth, the cave diver who played an instrumental role in the Thai cave rescue this summer. He told the reporter to “stop defending child rapists,” and that “I fucking hope” that he […] The Thai cave rescue mission may help boost the popularity of Thailand’s military junta. The military took power in 2014 and has since cracked down on human rights, banned public gatherings, censored media, and jailed critics. But the cave rescue mission helped show what the military, and thus the government, […] Four members of the soccer team that were rescued from a Thai cave are being considered for Thai citizenship. Three of the boys and their 25-year-old coach are members of different ethnic groups and are stateless inside of Thailand. During a press conference on Wednesday, officials said that the boys […] The Thai soccer team who were trapped inside a cave decided to allow the boys that live furthest away to be rescued first. 25-year-old coach Ekapol Chanthawong said the boys were not chosen based on the state of their health, as had previously been reported. Rather the boys that lived […] Drinking cave water and not thinking about fried rice: Here’s how the Thai soccer team survived 9 days in a flooded cave with no food or drink

The Thai soccer team that was trapped inside an underground cave for 17 days have explained why they entered the cave and how they managed to survive for so long. The team did not prepare supplies in advance for their cave exploration, and were soon trapped inside the cave’s winding […]