Next week, both Microsoft and Sony are scheduled to launch next-gen video game consoles. Both companies are promising consoles capable of producing more dazzling visuals than ever before: 4K resolution at 120 frames per second. Like previous console generations, that visual leap requires a new type of television that’s capable […] 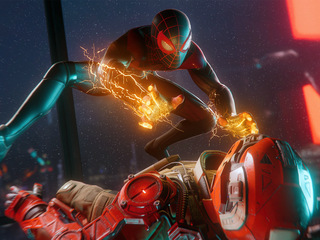 LG’s futuristic new TV rolls up into a box with the press of a button — and it might cost as much as $60,000

LG’s absurdly thin “Signature” series of TVs is getting even more absurd: the latest model is a “rollable” TV. When not being used, the skinny TV rolls down into a box that also doubles as a soundbar. It’s an incredible gimmick that comes with an equally incredible price: the 65-inch […] Someone wearing a TV as a helmet dropped off old TVs at more than 50 different homes in Henrico County Virginia on Aug. 11, The Washington Post reported. Many local residents called the police to report the odd deliveries, but officers recycled the old electronics without incident. Police decided that […]

LG’s futuristic new TV rolls up into a box with the press of a button, and it hits stores in 2019 — see it in action

LG’s absurdly thin “Signature” series of TVs is getting even more absurd: The latest model is a “rollable” TV. When not being used, the skinny TV rolls down into a box that also doubles as a soundbar. There’s no price or release date just yet, but LG says the rollable […] The next Samsung televisions will enable voice control through your existing Amazon Echo and Google Home smart speakers. By saying, “Hey Alexa” or “OK Google,” you’ll be able to turn your TV on or off, change channels, and even swap input selections. Rather than building the assistant software and associated […] Samsung announced its first commercially available 8K TVs this week. The TVs will come in four available sizes and arrive in September. Samsung just announced the first 8K TV you can actually buy in stores. The Q900R QLED 8K TV, which Samsung unveiled this week at IFA 2018 in Berlin, […] Samsung unveiled a new TV at CES 2018 it simply calls “The Wall.” Samsung calls The Wall the world’s first “modular” TV, which lets you adjust its size to best fit your environment. The Wall’s “micro LED” display has many of the same benefits as next-generation OLED displays, but without […] Whether it's George A. Romero's zombies or Robert Kirkman's zombies, one thing is always certain -- humanity suffers greatly during zombie outbreaks. Dr. Stephen Morse -- a professor of epidemiology at Columbia University -- stopped by to walk us through how public health officials would attempt to stop a potential zombie apocalypse in its tracks. A little more than a decade ago, the great...