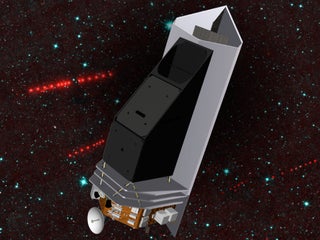 A telescope in orbit could track asteroids that may crash into Earth. But no such mission has moved beyond the early development phase. 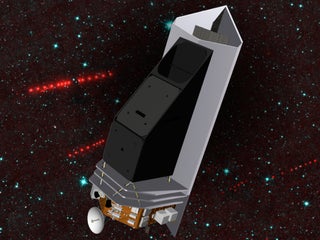 By imaging 226 million galaxies, astronomers have created the largest map ever of dark matter, which makes up 25% of the universe. 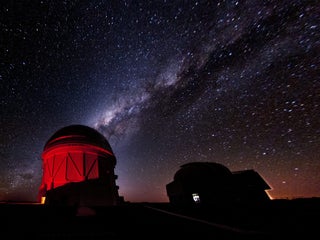 The findings can provide clues on how spiral galaxies like the Milky Way have formed, a leading researcher told Insider. 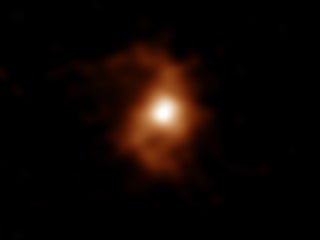 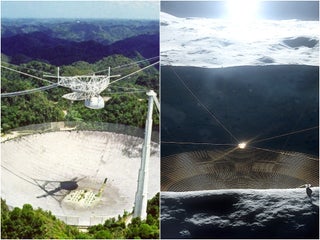 A telescope underwater in Russia's Lake Baikal is looking for neutrinos - particles that can pass through matter. 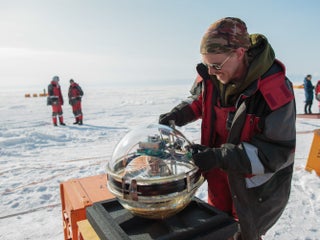 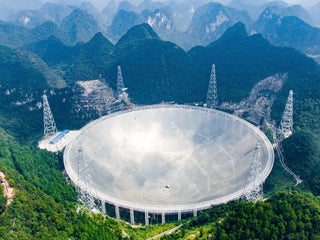 One of NASA’s most powerful space telescopes, the Spitzer Space Telescope, retires today after 16 years. Spitzer measured infrared light, which allowed it to see through clouds of gas and dust in space. The telescope generated some of the most awe-inspiring images that we have of nebulae and galaxies, and […] 20 new moons were just discovered orbiting Saturn, and you can help name them

Twenty new moons orbiting Saturn were discovered, bringing the planet’s total up to 82 moons. Saturn now has more moons than any other planet in the solar system, including Jupiter, which has 79. Further study of the new moons could help determine how the planet’s outermost moons may have formed […] Uranus is hiding 13 invisible rings. These images captured their warm glow for the first time.

Researchers measuring heat in Uranus’ atmosphere said they were “astonished” to find the warm glow of rings around the planet in thermal images. They determined the rings’ temperature for the first time: -320 degrees Fahrenheit. Uranus’ brightest ring is missing the tiny dust particles common in other rings throughout the […] Dead planets can ‘broadcast’ for up to a billion years, and they could tell astronomers what will happen after our sun blows up

Astronomers have discovered that dead planets stripped down to their cores can send out radio “broadcasts” for up to a billion years. They plan to listen for these broadcasts with telescopes on Earth in order to find dead planets orbiting distant “white dwarf” stars. Our sun will explode and become […] A large-scale 3D map of the Milky Way shows its warped shape with a new level of detail and accuracy. Researchers measured the distances between our sun and 2,400 stars to map their three-dimensional coordinates across the Milky Way. Scientists still don’t know how our galaxy and others like it […]

Astronomers have discovered a potentially habitable world just 31 light-years away, thanks to NASA’s planet-hunting telescope

NASA’sTransiting Exoplanet Survey Satellite telescope discovered a new planet orbiting a star in the Hydra constellation. When scientists examined the data, they noticed two other planets circling the star. One of these new worlds could support liquid water if its atmosphere is thick enough. Scientists need to study it further […] A powerful orbiting telescope called Transiting Exoplanet Survey Satellite, or TESS, has discovered a “super-Earth” and two “sub-Neptunes” orbiting a star just 73 light-years away. One of the sub-Neptunes is in the star’s habitable zone – where it’s possible for planets to support life – but scientists think its atmosphere […] NASA has released the first image from its new space telescope, called the Transiting Exoplanet Survey Satellite (TESS). TESS could discover thousands of new planets relatively close to Earth. The telescope began its mission on July 25, and it will spend two years scanning 85% of the night sky. Scientists […] In their search for life on other planets, scientists say they want to start using a new sense: smell. They’re hoping that by sniffing out and tracking down chemicals like methane and carbon dioxide via telescope, they will be able to find more places that could be good breeding grounds […] A solar eclipse will be visible across the entire US for the first time in 99 years, here’s how to make the most of it

A rare solar eclipse is happening across the US... Images from the Atacama Large... A man says he lives in one of New York City’s...