Tekashi 6ix9ine tried to donate $200,000 to a charity helping hungry kids — but the nonprofit turned him down

The rapper Tekashi 6ix9ine tried to donate $US200,000 to the nonprofit No Kid Hungry, but the organisation turned him down. The rapper, whose real name is Daniel Hernandez, said on Instagram that he made the donation to help children and families during the coronavirus pandemic. A representative for No Kid […] 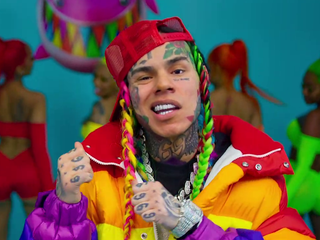 Rapper Tekashi 6ix9ine, real name Daniel Hernandez, was relocated from his rented home to a new location on Sunday, TMZ reported. His lawyer, Lance Lazzaro, said Hernandez was moved because his home address was leaked online after a neighbour recorded a video of him on his balcony. In April, Hernandez […] 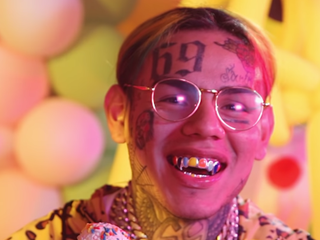 Tekashi 6ix9ine says he has no regrets about snitching on his former gang: ‘I’m supposed to be loyal?’

The rapper Tekashi 6ix9ine – whose real name is Daniel Hernandez – released a music video Friday for a new song titled “Gooba.” He’s currently finishing a two-year sentence in home confinement after pleading guilty to crimes related to his work in the Nine Trey Gangsta Bloods gang. An accompanying […] 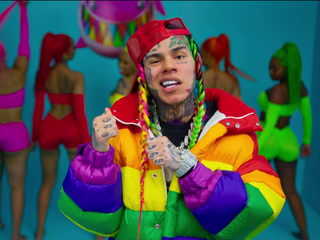 Tekashi 6ix9ine can spend up to 2 hours a week making backyard music videos while in home confinement, a judge ruled

Rapper Tekashi 6ix9ine can make music videos one day a week for two hours, a judge ruled on Wednesday. In order to make the backyard videos, the time and day have to be approved by his probation officer. The rapper, whose real name is Daniel Hernandez, has yet to announce […] 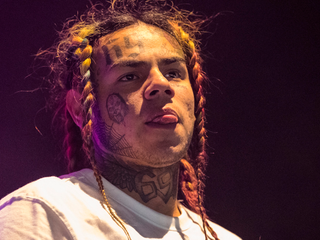 Rapper Tekashi 6ix9ine, real name Daniel Hernandez, has reportedly asked a judge if he can use his backyard to film music videos for 2 hours each week, TMZ said Friday. Hernandez was ordered released from prison by a US federal judge at the beginning of April over fears he would […] 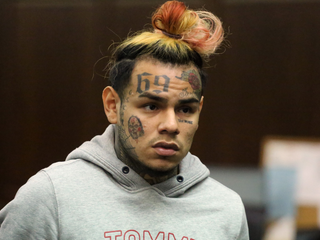 The rapper Tekashi 6ix9ine, whose real name is Daniel Hernandez, was sentenced to prison on Wednesday, 11 months after pleading guilty in a case connected to the Nine Trey Gangsta Bloods gang. He was arrested in November 2018 on charges that included racketeering, illegal firearms possession, and aiding in an […] ‘I still consider myself a role model for millions of people’: Tekashi 6ix9ine asked a judge for a short prison sentence after ‘snitching’ on his gang

Rapper Tekashi 6ix9ine will be sentenced on December 18 after pleading guilty to charges involving racketeering, illegal firearms possession, and aiding in an attempted murder. He could spend the rest of his life in prison. In September, Tekashi, whose real name is Daniel Hernandez, testified against members of the Nine […] ‘They can protect anybody’: Tekashi 6ix9ine can still enter witness protection despite the giant ’69’ tattoo on his face

The heavily tattooed rapper Tekashi 6ix9ine testified against one of the most dangerous gangs in the country, and prosecutors have indicated he could enter the witness protection program. The program, run by the Marshals Service and known as WITSEC, is well up to the task of protecting him, Lenny DePaul, […] Tekashi 6ix9ine testified that Cardi B was a member of the Nine Trey Gangsta Blood gang, and that’s probably not going to end well

Rapper Tekashi 6ix9ine named Cardi B, rapper Jim Jones, and several others as members of the Nine Trey Gangsta Bloods as he spoke in Manhattan federal court on Thursday. The rapper, whose real name is Daniel Hernandez, testified as a prosecution witness against Anthony “Harv” Ellison and Aljermiah “Nuke” Mack, […] Daniel Hernandez, the rapper also known as 6ix9ine, or Tekashi, is starring in a commercial for Romantic Depot, a chain of sex toy shops. He says in the ad that he knows “how to treat women with dignity and respect.” The ad was filmed before his longtime girlfriend accused him […]

‘I was leaking blood’: Tekashi 6ix9ine’s ex-girlfriend says he regularly assaulted her

The ex-girlfriend of controversial rapper Daniel Hernandez – who goes by Tekashi or 6ix9ine – says he repeatedly assaulted her. The woman, Sara Molina, is also the mother of his three-year-old daughter. The two were in a seven-year relationship beginning in 2011. Molina told the Daily Beast that Hernandez beat […]

Daniel Hernandez – a controversial rapper known as Tekashi 6ix9ine – is working on a new album from prison,according to TMZ. TMZ says h’s being inspired by the life stories of his fellow inmates. Federal authorities charged Hernandez with several crimes related to firearms possession and racketeering. If convicted, he […]

Federal authorities are reportedly investigating the possible involvement of rapper Tekashi 6ix9ine in the attempted shooting of rival rapper Chief Keef. Federal authorities are reviewing a video that may implicate 6ix9ine in the attempted shooting from June, according to TMZ. The investigation is separate from the charges 6ix9ine already faces […]