The tech-heavy Nasdaq 100 stock index suffered its worst day since March on Wednesday, plunging more than 3%, and is struggling to regain ground. 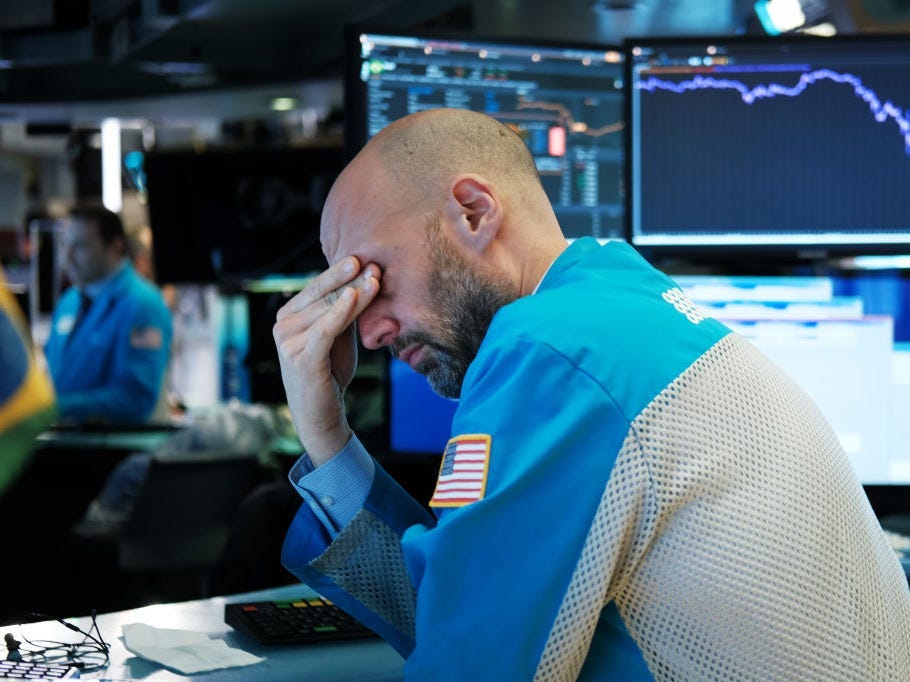 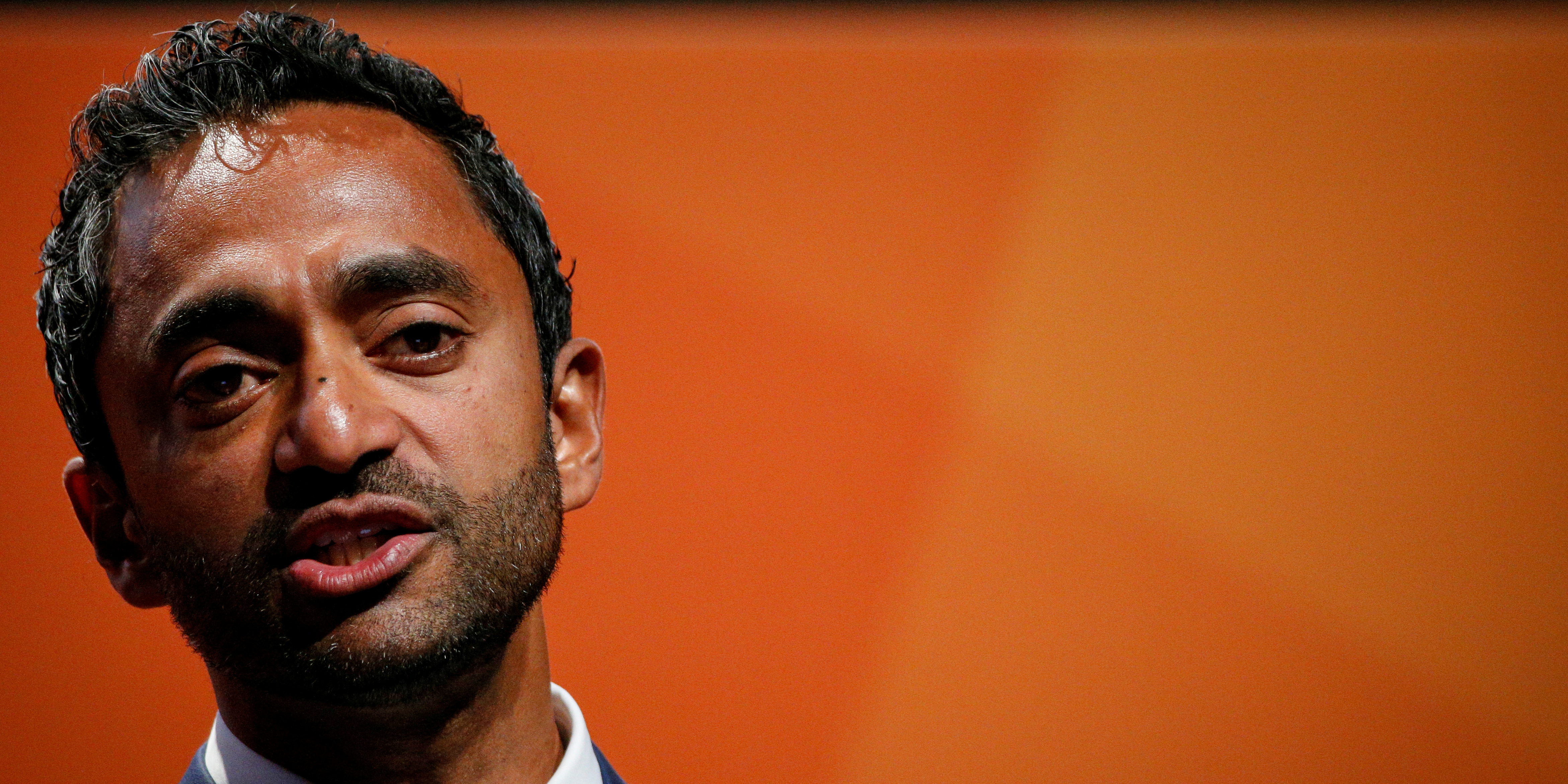 Amazon’s new corporate office in the UK is officially open, and it’s ‘actively hiring from a range of skillsets’

Amazon has opened its new UK corporate office in Manchester, not the capital city London. Located inside the city’s historic Hanover Building, the new office is expected to create 600 jobs. London still dominates the UK tech scene at large, with tech startups based in the UK capital gobbling up […]
Tech Sep. 11, 2018, 11:15 AM

The 35-year-old creator of Twitch has already launched and sold one startup for $1 billion. And he just raised $65 million from top VC firms, like Andreessen Horowitz, to do it again

Justin Kan’s new legal startup, Atrium, has snatched up $US65 million in a new round of funding led by Andreessen Horowitz. Kan is perhaps best known as the creator of modern live-streaming with the launch of Twitch, which sold to Amazon for nearly $US1 billion. He aims to repeat his […]
Tech Sep. 1, 2018, 5:02 AM

Venture capital firm Social Capital seems to be unravelling following a tumultuous first half of 2018. Seven partners, including one of the firm’s cofounders, left the firm founded by early Facebook executive Chamath Palihapitiya. The latest defectors are VC partner Mike Ghaffary and vice president of marketing Ashley Mayer. Social […]
Tech Aug. 31, 2018, 9:08 AM

Tech billionaire Vinod Khosla says he wishes he never bought the beach near his $37 million estate. But he will fight for the rest of his life to keep it off-limits to the public on ‘principle’

Tech billionaire Vinod Khosla is fighting to make a beach near his $US37 million estate off-limits to the public. In an interview with The New York Times, Khosla said he wished he had “never bought the property,” but he will continue to fight for his privacy based on “principle.” Khosla […]
Tech Aug. 17, 2018, 2:55 AM

Tribe Capital, the new venture firm founded by partners who quit Social Capital en masse, is co-leading a $US22.7 million investment into a hot cryptocurrency startup. The firm is leading the investment alongside Social Capital, which was founded by former Facebook executive Chamath Palihapitiya. It suggests no hard feelings between […]
Tech Jul. 27, 2018, 2:45 AM

Twitter is roasting San Francisco for having a down vest vending machine at its airport, and it’s brutally funny

The vest is the most quintessentially-VC item in a tech investor’s wardrobe. San Francisco International Airport is showing it’s on trend with a Uniqlo vending machine that dispenses down vests, possibly for “visiting VCs.” We rounded up the best tweets about the vest vending machine at SFO. San Francisco has […]
Tech Jul. 25, 2018, 7:00 AM

Clara Brenner is an up-and-comer in Silicon Valley tech investing. Her firm, Urban Innovation Fund, just raised $US22 million ($AU30 million) to invest in startups. Brenner says something that “grinds her gears” is when founders and CEO say, “Hey, girls,” in emails to her and her female cofounder. While calling […]
Tech Jul. 20, 2018, 10:01 AM

One of the most accurate stock pickers on Wall Street recently shared his list of tips on how to spot winners and losers. While many investors are focused on young companies before they boom, he offered some surprising advice on a better time to buy. Wall Street analyst Mark Mahaney, […]
Tech Jul. 10, 2018, 2:11 AM

Scooter startup Lime is raising $US335 million. The startup is also partnering with Uber, who also invested, which will allow Uber to introduce scooter rentals in its app. We talked to one of Lime’s investors about what the hype was about, and he explained why he thinks Lime could be […]
Tech Jun. 26, 2018, 6:00 AM

Andreessen Horowitz is launching a $US300 million fund to invest in cryptocurrency companies and protocols, called “a16z crypto.” The top VC firm hired Katie Haun, a former prosecutor with the US Department of Justice, to lead the fund alongside partner Chris Dixon. The new crypto fund plans to invest consistently […]
Tech Jun. 20, 2018, 5:00 AM

Tech investors are throwing money at Front, a five-year-old startup that aims to change the way teams get work done. The startup makes a shared inbox app that lets teams handle messages from email, texts, Slack, and social media, all in one place. This year, the 28-year-old cofounder and CEO […]
Tech May. 24, 2018, 1:45 AM

A top tech investor says cameras watching your every move is inevitable in the US: ‘It’s not my fault what the future holds, so if it’s scary I apologise’

Sarah Guo of Greylock Partners predicts that someday surveillance cameras will watch your every move and that it will change people’s behaviour. “There’s a saying, ‘You are who you are when no one’s watching,'” Guo said at a recent tech event, adding that she thinks “we’re going to be watched” […]
Tech Aug. 21, 2014, 2:40 AM

Investor Allegedly Emails Female Startup Employee: ‘I’m Not Leaving Without Having Sex With You’

This VC Is Pumping MIllions Of Dollars Into Drone, Bitcoin, And 3D Printing Startups

TOP VC: We’re At War, And Hackers Are Probably Looking At Your Files Right Now

Chris Dixon, a partner at top venture capital firm Andreessen Horowitz, came by the Business Insider offices the other day and totally freaked us out. Dixon says he’s been speaking with “people in business and, you know, other organisations,” and he’s learned that the global hacking war we keep reading […]
Next Page »