Aparna Chennapragada, who joins trading app Robinhood, worked at Google for 12 years and was most recently vice president for consumer shopping. 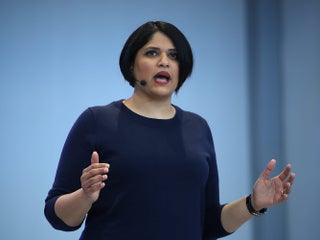 San Francisco has undergone a dramatic transformation in the last 10 years. The city has built massive skyscrapers and welcomed major tech companies and their employees. It has also witnessed rising rents, an escalating homelessness crisis, and increasingly dirty footpaths. Visit Business Insider’s homepage for more stories. There was a […] Amazon launched a pilot project to provide some healthcare to its workers, called Amazon Care,CNBC reported. Amazon Care includes video and text visits with clinicians, as well as in-home care. The program is described as a new benefit for employees of the company and is a pilot project in the […] How Tesla CEO Elon Musk makes and spends his $19.2 billion

Elon Musk has a $US19.2 billion net worth. As CEO of Tesla,SpaceX, and The Boring Company, Musk is an influential tech entrepreneur transforming the transportation industry. Musk grew up in South Africa and taught himself how to code. At 12 years old, Musk sold the source code for his first […] What it’s like to work at HubSpot, one of the best workplaces of 2018

HubSpot makes inbound marketing and sales software. The company was rated one of the best workplaces in 2018. HubSpot’s culture was strongly influenced by Netflix’s. Employees like its support, flexibility, autonomy, and close bonds between coworkers. In 2014, Rosalia Cefalu had a wild idea. A diehard Justin Timberlake fan, she […] MAPPED: The largest tech company in every state