You might get a second, far smaller check from the IRS this year — here’s why

Those who qualify for a tax return and received it after April 15 will get a little extra money due to the delayed tax day. These interest payments are taxable and will be counted in 2020 tax filings. The amount will likely be small and will vary depending on the […] 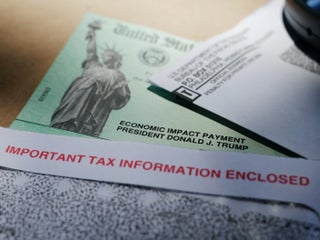 The Trump administration is reportedly weighing whether it can go around Congress to implement economic-relief measures, such as enacting liability protections for businesses and pushing the tax-filing deadline back several months. Trump supports shielding businesses from coronavirus-related lawsuits, saying it would be “litigation heaven” without such measures. The White House […] 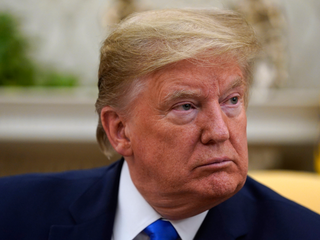 For years I did my own federal and state taxes using TurboTax – but that’s changing for Tax Day 2020. Last year, I was hit with a much higher tax bill, but figured it was because my income had increased. When I spoke to a CPA about this year’s taxes, […] Sen. Bernie Sanders on Monday released 10 years’ worth of tax returns. Sanders and his wife, Jane, earned roughly $US1.7 million over the past two years, according to their returns. Sanders had faced a lot of pressure to make his returns public and for weeks did not offer a timeline […] Bernie Sanders announces a timeline for releasing his tax returns after weeks of delays, admits that he’s now a millionaire The House passed a bill banning the government from creating ‘free’ tax-preparation software like TurboTax, forever

The House of Representatives on Tuesday passed the Taxpayer First Act, which includes a provision that would bar the Internal Revenue Service from creating a free electronic tax-filing program. Many of the lawmakers shepherding the bill through the House Committee on Ways and Means have benefited from campaign donations from […] Tax Day is April 15, 2019. If you work from home, there are a surprising number of things that may be tax-deductible for you, including your home office, work supplies, and even your WiFi bill. We asked experts for 12 unexpected things that people who work from home can write […] Tax Day this year is Monday, April 15. Many stores are celebrating by offering free or discounted items to help people celebrate the end of tax season. Great American Cookies is offering a free cookie, while Hot Dog on a Stick is offering a free Original Turkey or Veggie Dog. […] Tax Day this year is Monday, April 15, 2019. It’s the deadline to file your tax return. Americans have been procrastinating filing their returns for over a century. Vintage photos show crowds lining up on or right before Tax Day to fill out and mail their tax returns before the […]

The IRS took inflation into account when it released new tax brackets, which will apply to income earned in 2019. Tax Day 2019, when taxes are due for income earned in 2018, is Monday, April 15. The federal income-tax ranges have shifted slightly, and the standard deduction will be $US12,200 […] The Saver’s Credit is a little-known tax credit that can reduce, or even eliminate, your tax bill. Tax credits are subtracted directly from the amount you owe in taxes on a dollar-for-dollar basis, whereas tax deductions are subtracted as a percentage from your gross income. You may qualify for the […] Bitcoin surged past the $US9,000 mark Tuesday, making for its highest level since March 14. The total market for cryptocurrencies has risen 74% in less than a month as digital tokens rebound from tax season. Follow the price of bitcoin in real-time here. The price of bitcoin was up more […] The Internal Revenue Service said the Tax Day deadline for Americans to submit tax filings will be pushed back to Wednesday after a technical glitch hit the agency on Tuesday. The IRS said that people could still file their taxes to services like TurboTax and H&R Block, but the agency […] Republicans want to try for another round of tax cuts. Rep. Kevin Brady, an author of the recent GOP tax law, said that Republicans want to pass a bill to make the individual tax cuts permanent. Trump also teased another tax cut bill during two separate appearances this week. Another […] There are a variety of ways to get your taxes done – some people hire a tax preparer, while others do their own using online tax preparation services. Two of our journalists decided to do their own taxes for the first time – one used H&R Block and the other […] 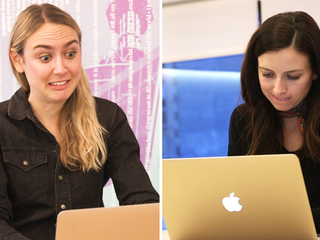 Your paycheck probably just got a little bigger — here’s why

Republicans’ new tax law went into effect at the start of January. The Internal Revenue Service released new guidelines for employers withholding income tax from employees on January 11. The new withholding changes should hit Americans’ paychecks soon, resulting in roughly 90% of workers getting higher take-home pay, per the […] It's Tax Day. Do you know where your money... Everyone likes to complain about taxes....