I tried Aldi’s famous frozen chicken breasts, and I get why their fan club has nearly 15,000 members

Aldi’s Kirkwood Breaded Chicken Breast Fillets are so popular they have their own Facebook group. Called Red Bag Chicken or “RBC” by fans, it is sold in inconspicuous red packaging for only $US5.99. Once cooked, the juicy and crispy chicken tasted almost exactly like a dupe for Chick-fil-A’s. Visit Insider’s […] 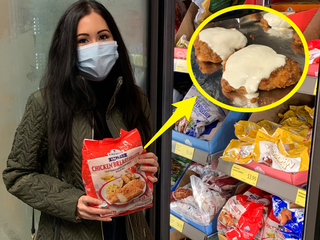 We did a blind taste test of Dunkin’s new Beyond Meat breakfast sandwich. Here’s what it tastes like compared to the real thing.

Dunkin’ introduced a Beyond Meat sausage patty at stores across Manhattan on Wednesday. The INSIDER food team took a trip to our local ‘Dunkies’ to get an early taste of the newest addition to the menu. We did a blind taste test in which we compared the Beyond Sausage sandwich […] I tried 3 brands of frozen fish sticks, and the winner took the least time to cook

We tried three brands of frozen fish sticks: Gorton’s, Mrs. Paul’s, and Natural Sea. Mrs. Paul’s tasted the most like fish, and Natural Sea’s looked the most appetizing. However, Gorton’s was the best of the three because it was cheap, ready quickly, and crunchy. Visit Insider’s homepage for more stories. […] 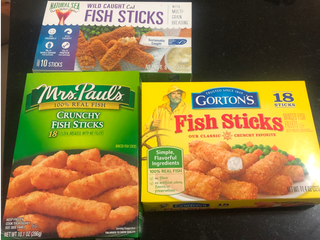 I tried the classic glazed doughnut from Dunkin’ and Krispy Kreme, and the winner comes down to texture

Two of the biggest doughnut chains in the US are Krispy Kreme and Dunkin’(née Dunkin’ Doughnuts). As part of our ongoing taste test series, we pitted the two against each other in a battle of the classic glazed doughnut. Dunkin’s doughnuts proved to be very dense and cake-like, while the […] I tried hot dogs from 4 fast-food chains, and the best was under $2

Summary List Placement Commonly topped with condiments and served between golden buns, hot dogs are grilled sausages that are popular in the US. And although there’s nothing quite like a fresh-off-the-grill hot dog in the summer, I wanted to see how fast-food chains would serve up this classic meal. As […] 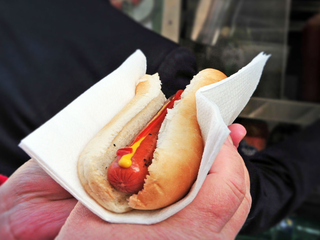 Chicken pot pie is a classic, but it can be hard to make from scratch. We decided to try some grocery store, frozen pot pies. Boston Market ended up being our favourite, but all of them were solid contenders. Chicken pot pie is a quintessential comfort food. Made up of […]

We tried 3 waffle mixes and the winner tasted homemade

I tried three popular waffles mixes to find out which one tastes the best. Hungry Jack, Bisquick, and Aunt Jemima are the three brands I reviewed. The waffle mixes I taste tested are available at grocery stores nationwide. The winner tasted homemade and was easy to make. Waffles are a […]