A 61-year-old man in Japan is the prime suspect in a fire that killed 24 people at a mental health clinic where he was a patient, police say

Police have not arrested or charged the suspect, who is currently being treated and is in serious condition after being rescued from the fire. 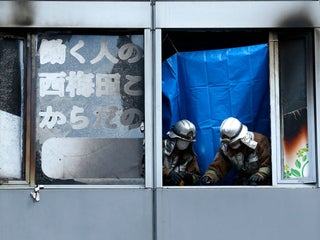 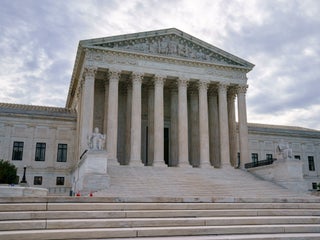 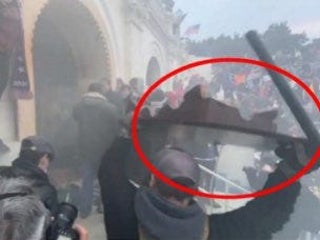 The suspect in Sunday’s stabbing attack in south London has been identified by police as 20-year-old Sudesh Amman. According to London’s Metropolitan Police, Amman had recently been released from prison for possessing and terrorist publications. In one instance, Amman had texted his girlfriend encouraging her to behead her parents in […] El Paso police say 1 suspect is in custody in connection with the deadly Walmart shooting. Here’s what we know.

One suspect is in custody after a deadly shooting at a Walmart in El Paso, Texas, on Saturday, authorities say. Police have not yet identified the suspect, but local media outlets have published images from surveillance footage of what appears to be a white man entering the Walmart with a […] The Los Angeles Police Department said it captured its suspect in the fatal shooting of rapper and entrepreneur Nipsey Hussle. The LAPD first identified the suspect, Eric Holder, in a tweet Monday night. Hussle and two others were shot on Sunday afternoon at 3:20 p.m. local time while standing in […]

Fotios “Freddy” Geas, 51, is reportedly under investigation in the murder of notorious Boston gangster James “Whitey” Bulger. Bulger was found beaten to death in a West Virginia prison on Tuesday morning, the same day he was transferred to the facility. Geas is serving a life sentence after being convicted […]

Authorities have identified the suspect in the high-school shooting in Santa Fe, Texas, on Friday as Dimitrios Pagourtzis, 17. A court document published by local news outlets late Friday shows that Pagourtzis surrendered to police, waived his Miranda rights, and confessed to the deadly shooting. Ten people, most of them […] Here’s what we know about Alek Minassian, the 25-year-old suspect in the Toronto van attack

The police have identified Alek Minassian, 25, as the suspect accused of killing 10 people and injured 15 with a rented van on Monday in Toronto. The police arrested Minassian on Monday, and a judge charged him on multiple counts of first-degree and attempted murder the next day. Minassian’s Facebook […]

Police in Michigan arrested a 19-year-old Central Michigan University student accused of fatally shooting his parents on campus. The shooting occurred early Friday inside a campus dormitory. Suspected gunman James Eric Davis Jr. was captured Saturday morning and taken in custody, according to a message posted on the school’s emergency […] VIDEO: The FBI sent out a wanted poster for two individuals in connection to a bomb that was found in NYC shortly after another one exploded. VIDEO: Authorities have identified a man in connection with a bombing in NYC over the weekend. The US Drug Enforcement Agency (DEA) has seized...