YouTube is reportedly being investigated by the FTC over how it handles children’s videos, and it may result in fundamental changes to the platform

YouTube is reportedly considering new strategies in response to ongoing concerns about child safety on the massive video platform. The Washington Post and New York Times both reported that the Federal Trade Commission is in the late stages of an investigation into YouTube’s handling of children’s content. YouTube executives are […]
Tech Jun. 14, 2019, 1:37 AM

Sheryl Sandberg, Marissa Mayer, and Meg Whitman are some of the most powerful and wealthy women in tech whose fortunes have been entirely self-made. Forbes recently released its list of America’s richest self-made women, and 23 of the 80 women made their money in the tech world. These are the […]
Tech Jun. 12, 2019, 6:46 AM

YouTube’s CEO was asked whether she actually meant her apology to the LGBTQ community, and the crowd broke out in applause

YouTubeCEO Susan Wojcicki was asked whether she actually meant her apology to the LGBTQ+ community during an interview on Monday at Code Conference in Scottsdale, Arizona. The question was posed following YouTube’s week from hell: The company declined to remove videos by conservative commentator Steven Crowder, which contain homophobic comments […]
Tech Jun. 11, 2019, 12:52 PM

YouTube CEO apologised to the LGBTQ community for not banning videos involving homophobic slurs last week, but says she stands by the decision

YouTubeCEO Susan Wojcicki apologised to the LGBTQ community for not banning videos involving homophobic slurs last week, but maintained that she believed the company made the right decision based on its current policies. “I know that the decision we made was very hurtful to the LGBTQ community and that was […]
Tech May. 2, 2019, 10:51 PM

YouTube is promising changes to address some of its stars’ biggest grievances. These include copyright claims issues and being excluded from trending lists, which impacts their ability to earn revenue from ads. YouTube CEO Susan Wojcicki outlined her plans in a blog post on Tuesday after meeting with some of […]
Tech Apr. 24, 2019, 8:09 AM

A recent New York Times report highlighted the difficulties YouTube faces when deciding whether or not controversial content should remain on its site. A policy review meeting held to discuss “Condom Challenge” videos, displayed just how seemingly arbitrary distinctions can be, even when the company’s CEO, Susan Wojcicki, is involved. […]
Tech Apr. 20, 2019, 8:01 AM

Ester Wojcicki – the mother of YouTubeCEO Susan Wojcicki and 23andMe CEO Anne Wojcicki – has a new book coming out on May 7 about how to raise successful children. Wojcicki told Fortune in a recent interview that her approach can be applied by business leaders as well, and boils […]
Tech Apr. 3, 2019, 8:34 AM

Google’s CEO once shut down an experimental project that would have totally changed how YouTube creators get paid, report says

According to Bloomberg, YouTube CEO Susan Wojcicki and other execs had a plan to pay creators for the amount of time people spent watching their videos, rather than based on the ad revenue they bring in. Wojcicki’s plan – known internally as “Project Bean,” or sometimes “Boil the Ocean” – […]
Tech Apr. 3, 2019, 5:18 AM

YouTube executives ignored employee warnings and shelved product changes that could have curbed the spread of toxic videos on its site, according to a Bloomberg report. The report – based on conversations with more than 20 current and former YouTube employees – described YouTube CEO Susan Wojcicki’s focus on an […]
Tech Mar. 4, 2019, 3:43 AM

YouTube’s CEO is trying to tell parents and advertisers that the company will do more to keep its youngest users safe amid reports of predatory behaviour in video comment sections. CEO Susan Wojcicki said the company will no longer allow comments on videos that feature young children or “risky behaviour” […]
Tech Feb. 6, 2019, 9:58 AM

The career rise of Susan Wojcicki, who rented her garage to Google’s founders in 1998 and is now the CEO of YouTube

From Elon Musk to Satya Nadella: Here are the 29 top tech CEOs of 2018, according to employees

This week, Comparably – a website that rates companies across a number of different areas – released its list of Best CEOs of 2018. Of the 50 chief executives on that list, 29 were from tech companies. Below, we’ve compiled the list of best tech CEOs of the year. For […]
Tech Nov. 13, 2018, 2:08 AM

YouTube CEO Susan Wojcicki voiced her opposition to new EU copyright legislation in a Financial Times op-ed. Specifically she took aim at the draft directive’s article 13, which would force online platforms to censor content that breaches copyright. Wojcicki says article 13 is an unrealistic way of policing copyright, and […]
Tech Aug. 24, 2018, 6:23 AM

The new biography from Lisa Brennan-Jobs, the daughter of Apple cofounder Steve Jobs, illustrates just how closely knit Silicon Valley can be. Brennan-Jobs’ high school mentor was Esther Wojcicki, the mother of YouTube CEO Susan Wojcicki and 23andMe CEO Anne Wojcicki. Esther Wojcicki is a longtime and well-respected educator. The […]
Tech Jul. 4, 2018, 9:57 AM

Susan Wojcicki convinced Larry Page, Sergey Brin, and the Google board to buy YouTube, and it all started with ‘a purple Muppet singing a nonsense song’

How to dress like a tech billionaire for $200 or less

Silicon Valley executives may not be known for their fashion sense, but many of them have high-end taste. Mark Zuckerberg gets his signature grey T-shirts custom-made by an Italian designer; Evan Spiegel prefers $US450 sneakers; and everyone from Satya Nadella to Sundar Pichai to Kevin Systrom has been spotted in […]
Tech May. 5, 2018, 12:47 AM

YouTube now has over 1.8 billion users every month, within spitting distance of Facebook’s 2 billion

YouTube is now pulling in over 1.8 billion users every month – and that’s just the people who are logged in. That makes YouTube Google’s most popular service, with even more users than Gmail. YouTube’s monthly user number is nearing that of Facebook, the world’s largest platform, which has over […]
Tech Apr. 18, 2018, 6:52 AM

YouTube will include Wikipedia info next to videos promoting conspiracy theories

YouTube is teaming up with Wikipedia to combat conspiracy theories by linking Wikipedia pages to videos that contain conspiracy-related materials. YouTube CEO Susan Wojcicki spoke on a South by Southwest (SXSW) panel detailing how the “information cues” would operate. The information cues would appear right below the video with a […]
Tech Mar. 10, 2018, 2:59 AM

Google’s auto-complete features gives you a drop-down menu of suggestions based on the most popular queries related to whatever you’re searching. If you start searching for a story about a tech CEO, for example, Google auto-complete might show you that other users are searching about this person’s marriage, kids, salary, […]
News Feb. 14, 2018, 2:00 AM

Google is promising that 10,000 humans will review videos for inappropriate content in 2018. The company is also planning to tighten its criteria on which YouTube channels can carry advertising. CEO Susan Wojcicki has issued a memo touting these measures following a series of articles pointing out questionable videos on […]
News Nov. 27, 2017, 12:00 AM

Silicon Valley is known for a lot of things, but high-fashion isn’t one of them. Its elite show up to meetings in pajamas, fleece vests have become the go-to uniform of venture capital investors, and many high-powered executives are so obsessed with efficiency, they have adopted a boring, unfashionable uniform […]
Tech Nov. 14, 2017, 12:18 PM

Most of the original employees at Google have since left the company – even founders Larry Page and Sergey Brin. Many early Googlers became entrepreneurs or executives at other companies. Marissa Mayer, for example, was employee No. 21 – she later became CEO of Yahoo. Others have stayed at Google. […]
Tech Sep. 6, 2017, 5:02 AM

The adorable dogs owned by the most powerful tech executives, from Mark Zuckerberg to Elon Musk

Facebook CEO Mark Zuckerberg is the owner of an adorable fluffy dog named Beast, but he isn’t the only tech executive with a furry friend. Studies show that dogs can help reduce stress levels and boost productivity, so they make ideal companions for tech moguls running billion-dollar companies. These are […] 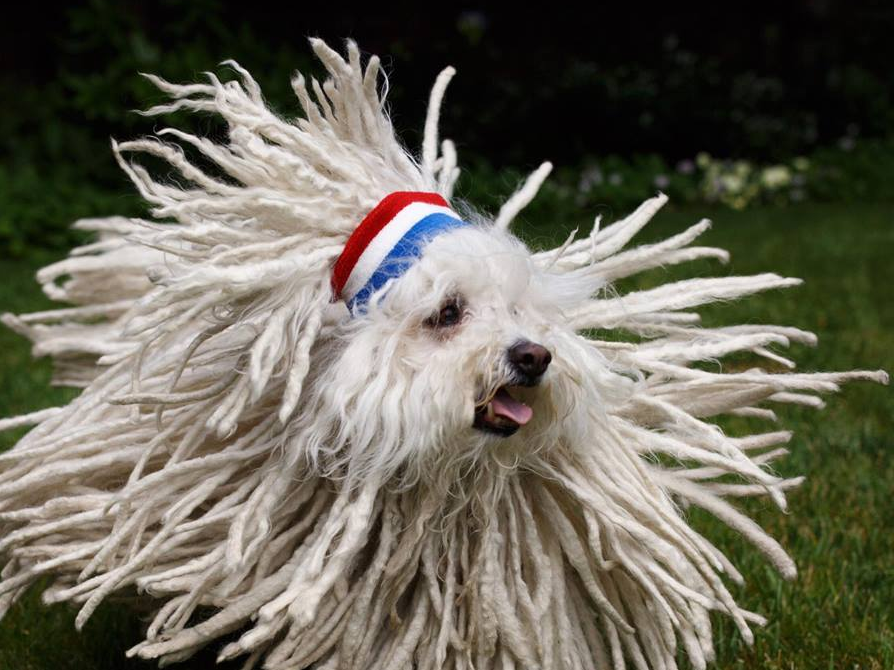 YouTube CEO Susan Wojcicki: ‘If you are working 24/7, you’re not going to have any interesting ideas’

This is the video that convinced Google to buy YouTube

YouTube is 15 years old. Here’s a timeline of how YouTube was founded, its rise to video behemoth, and its biggest controversies along way

YouTube has more than 2 billion monthly users visiting the video-sharing platform for their favourite vlogs, music videos, sports highlights, and more. It’s been 15 years since YouTube’s website launched to the public in May 2005. YouTube was founded earlier that year by three early PayPal employees. Since then, it’s […] 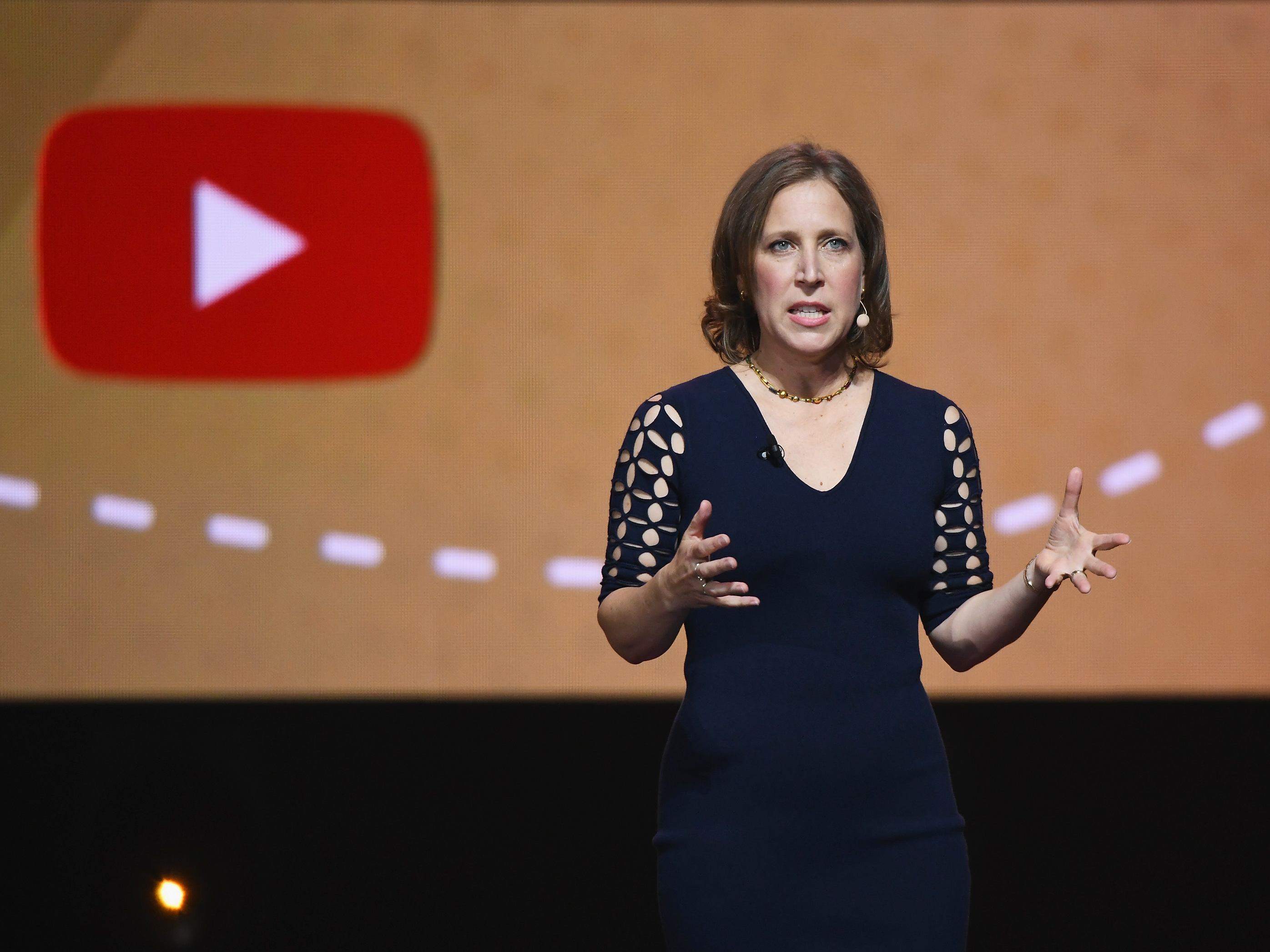 Larry Page and Sergey Brin paid $1,700 a month to rent the garage where Google was born

YouTube CEO Says This Is The Key To Success

Meet The Superstar Team Of Google Veterans Who Are Changing YouTube

The CEO Of YouTube Got Some Adorable Feedback From Her Mum

YouTube CEO Says Joining Google At Four-Months Pregnant Was ‘A Bit Of A Leap,’ But That It Was The Right Thing To Do

"Sometimes you have to do the right thing for you right now."
« Previous Page