Surfing will be at the Olympics for the first time, but it took 22 years of lobbying by the sports’ leading figure to get it there

Fernando Aguerre spent 22 years of his adult life working to get surfing into the Olympics, and will finally see the fruits of his labor in Tokyo. 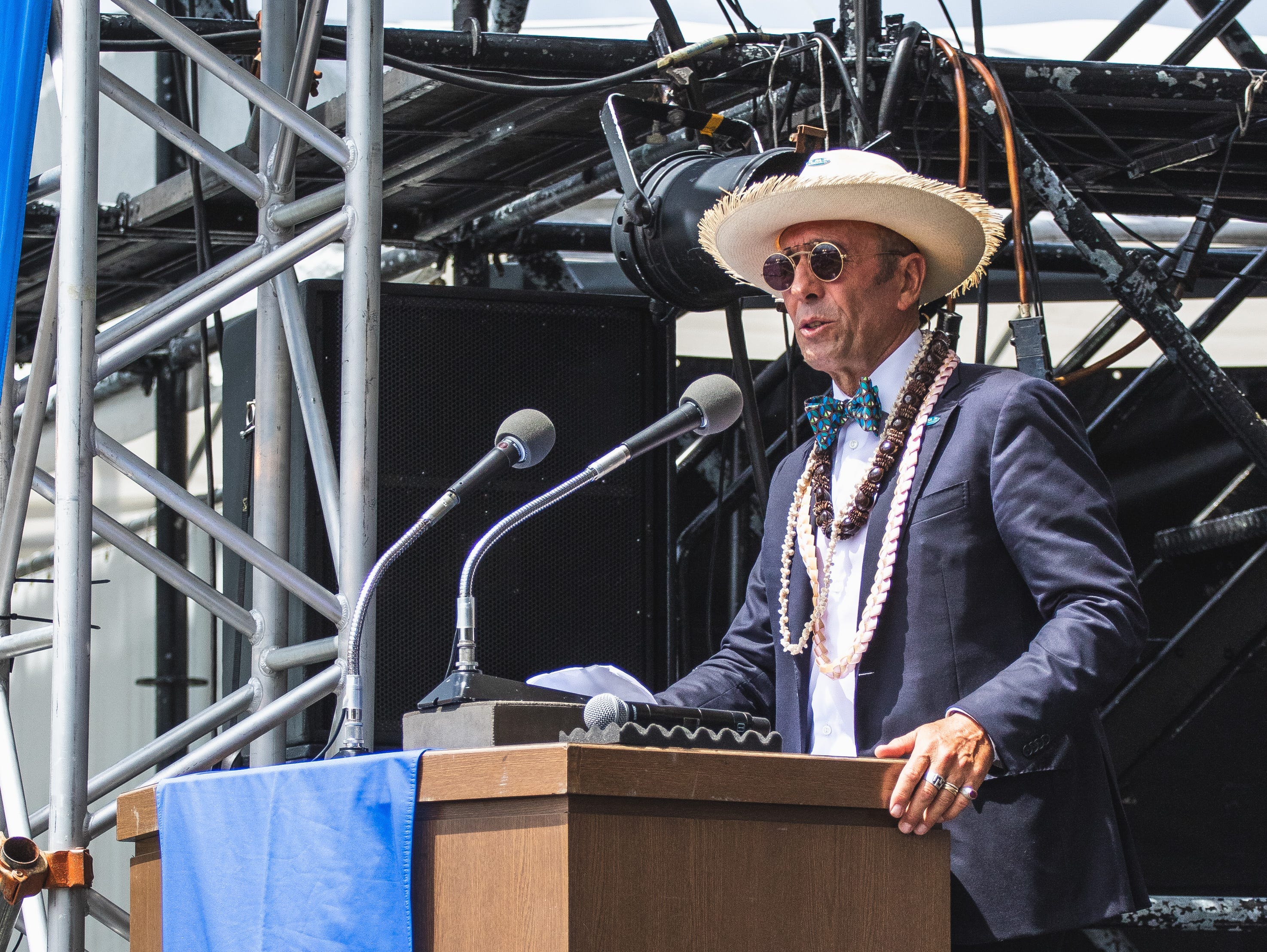 The Tokyo Olympics are set to feature new sports like surfing, skateboarding, and climbing, plus a twist on basketball. 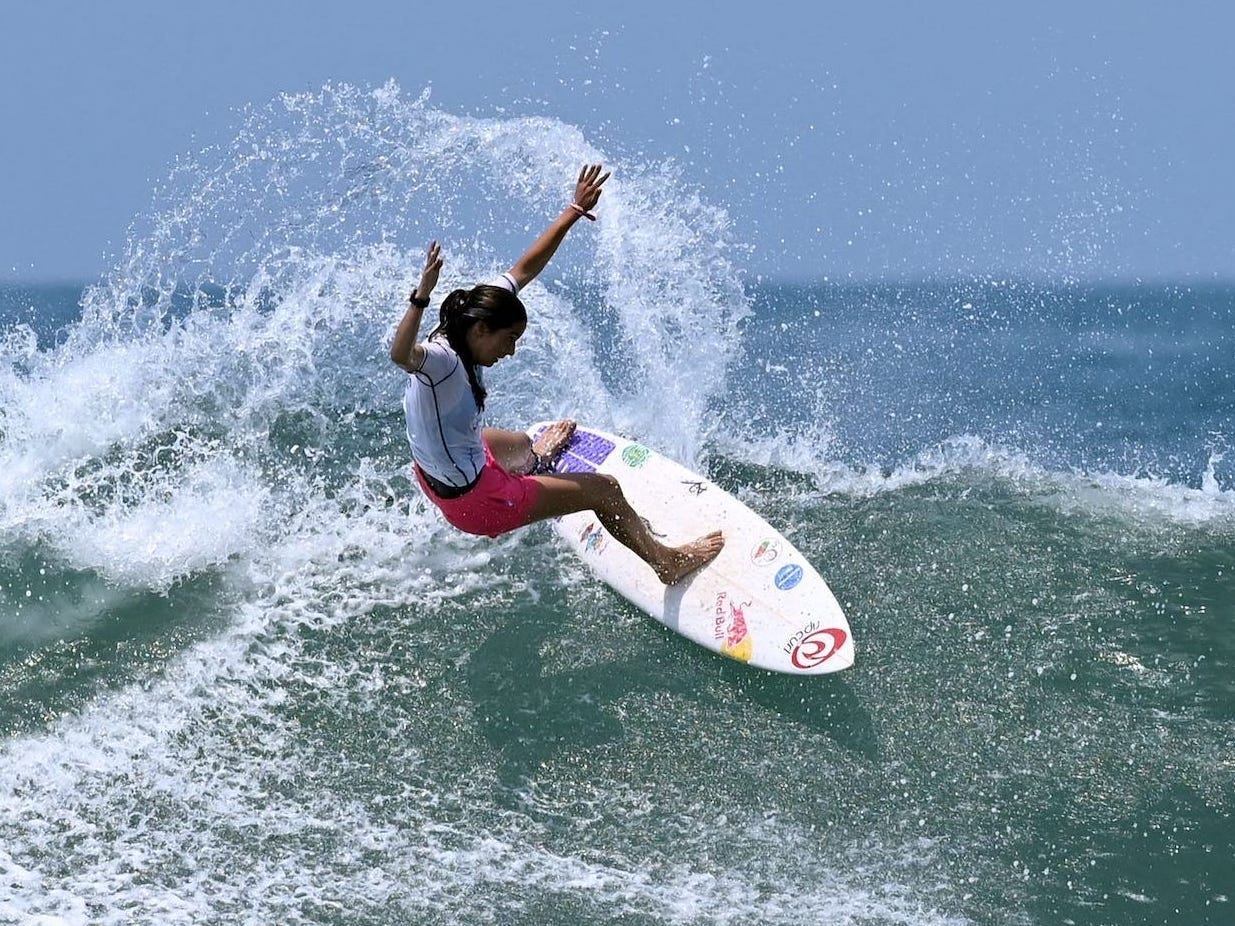 Barack Obama has previously been photographed wearing the device, which attempts to keep sharks at bay by emitting an electromagnetic current. 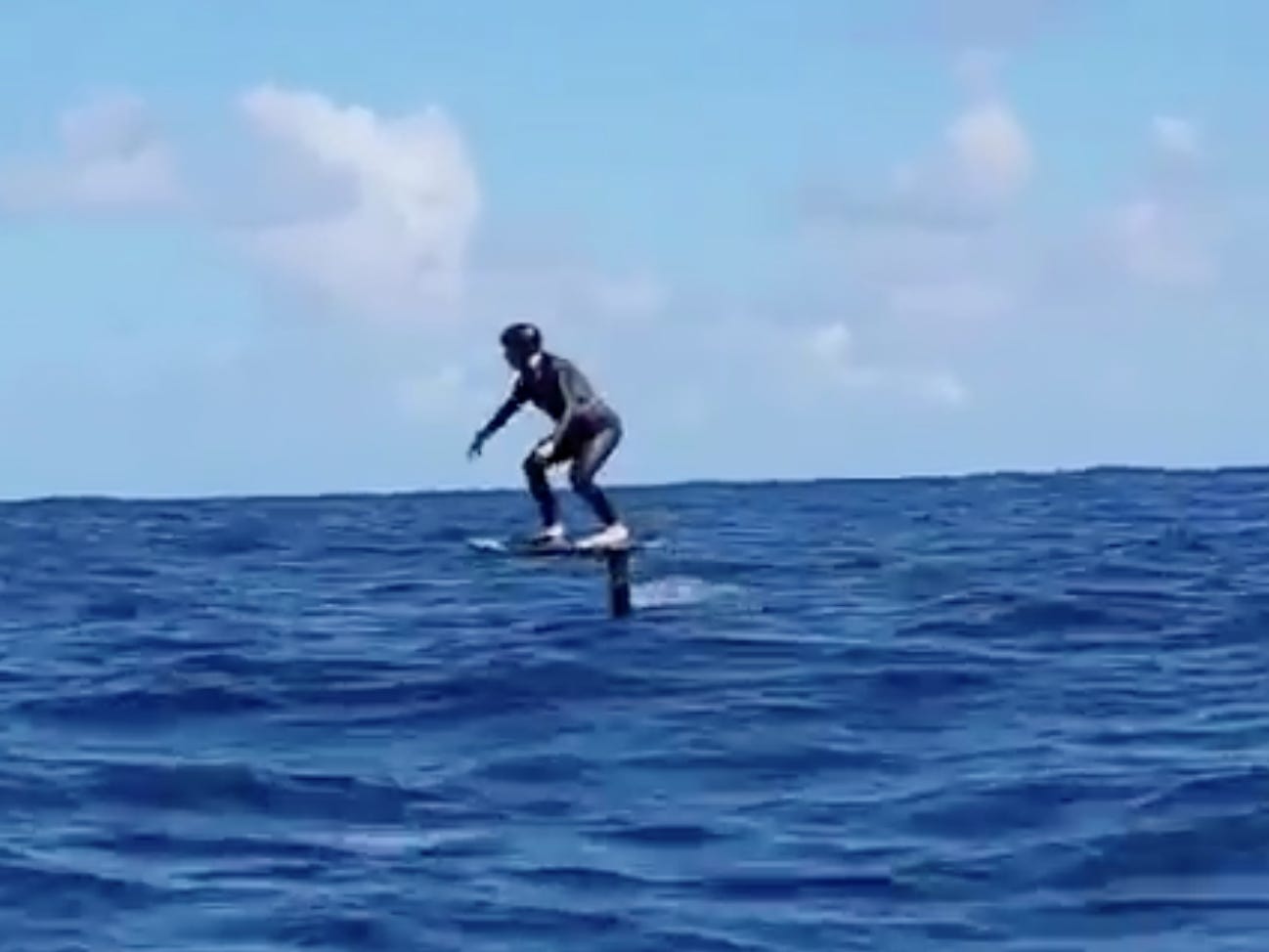 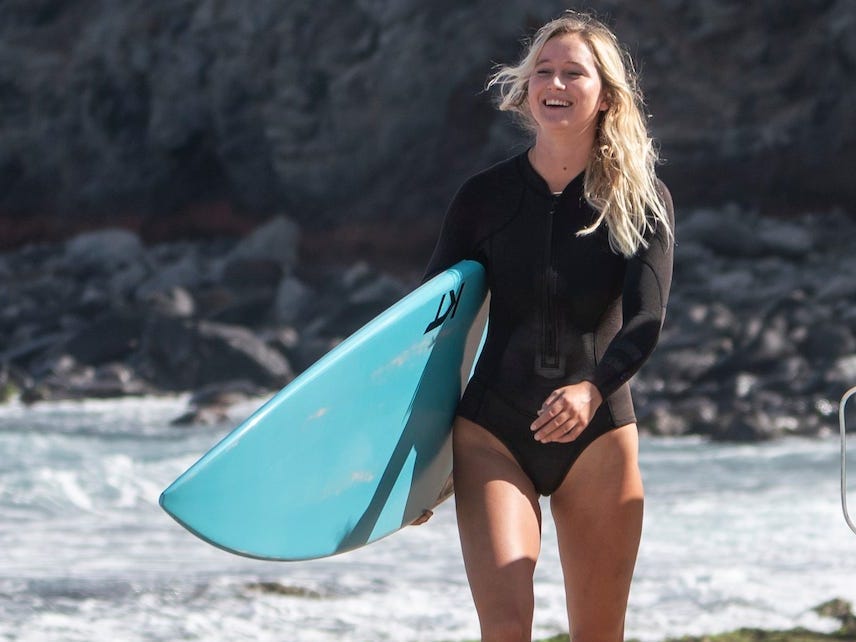 Australian world championship surfer Matt Wilkinson came within inches of a five-foot-long shark while paddling in from a surf at Sharpes Beach off the coast of Ballina, just north of Sydney. Video footage of the incident was recorded by an overhead drone, which was dispatched to warn surfers of dangers […]

Mark Zuckerberg is unfazed by that viral photo of him surfing while slathered in sunscreen: ‘I think sunscreen is good and I stand behind that’

Mark Zuckerberg appears to be unfazed by the photo of him surfing that went viral this summer. The Facebook CEO addressed the jokes and memes surrounding the photo, in which he appears slathered in sunscreen, during a company-wide Q&A, according to leaked audio obtained by The Verge. “I’m not a […] 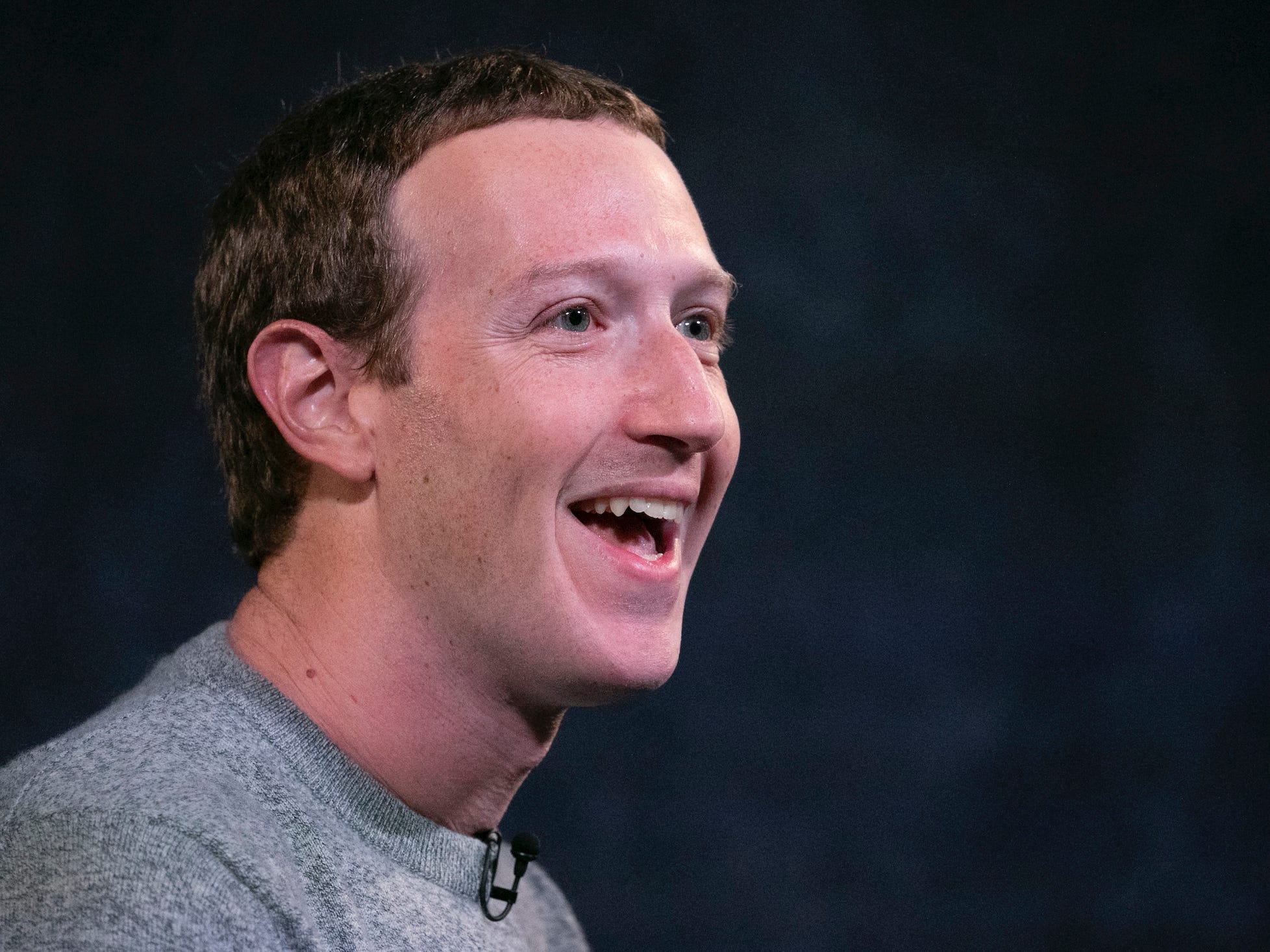 A surfer died in the first fatal shark attack on Australia’s Gold Coast in more than 60 years, after losing his leg ‘from the groin to his knee’

Nick Slater, a 46-year-old surfer, was killed by a shark on Australia’s Gold Coast on Tuesday. Fellow surfer Jade Parker told reporters that by the time he and other beachgoers pulled Slater out of the water, “from the groin to his knee – there was nothing there.” The incident was […] 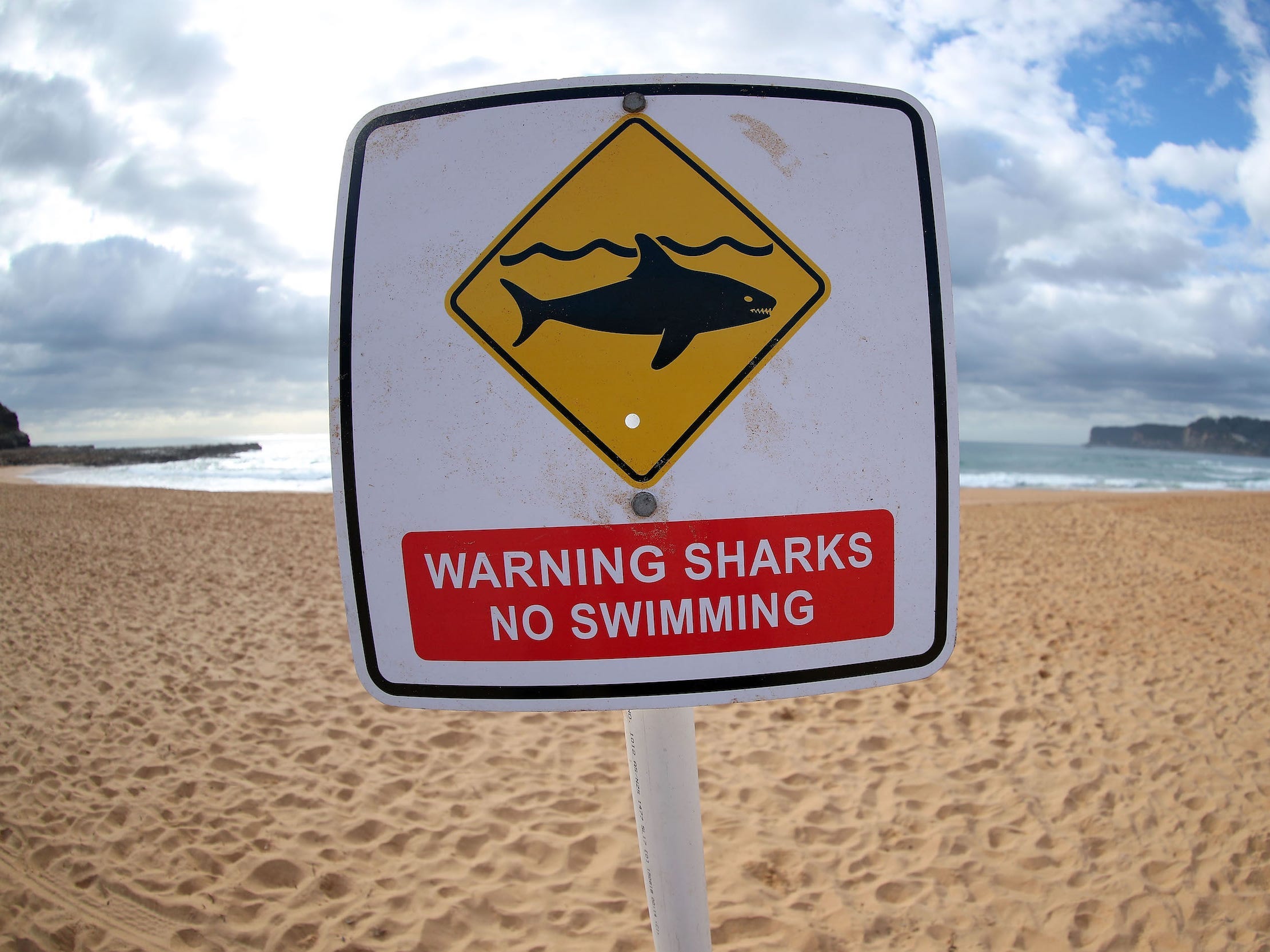 Mark Zuckerberg applied a ton of sunscreen to ride a $12,000 electric surfboard, and memes have compared him to everything from the Joker to Mrs. Doubtfire

Photos of Facebook CEO Mark Zuckerberg surfing in Hawaii became the subject of a viral meme over the weekend. In the photos, Zuckerberg’s face is covered in zinc oxide – a white substance that meme makers compared to mime face paint and Batman’s notorious antagonist, The Joker. Although zinc oxide […] 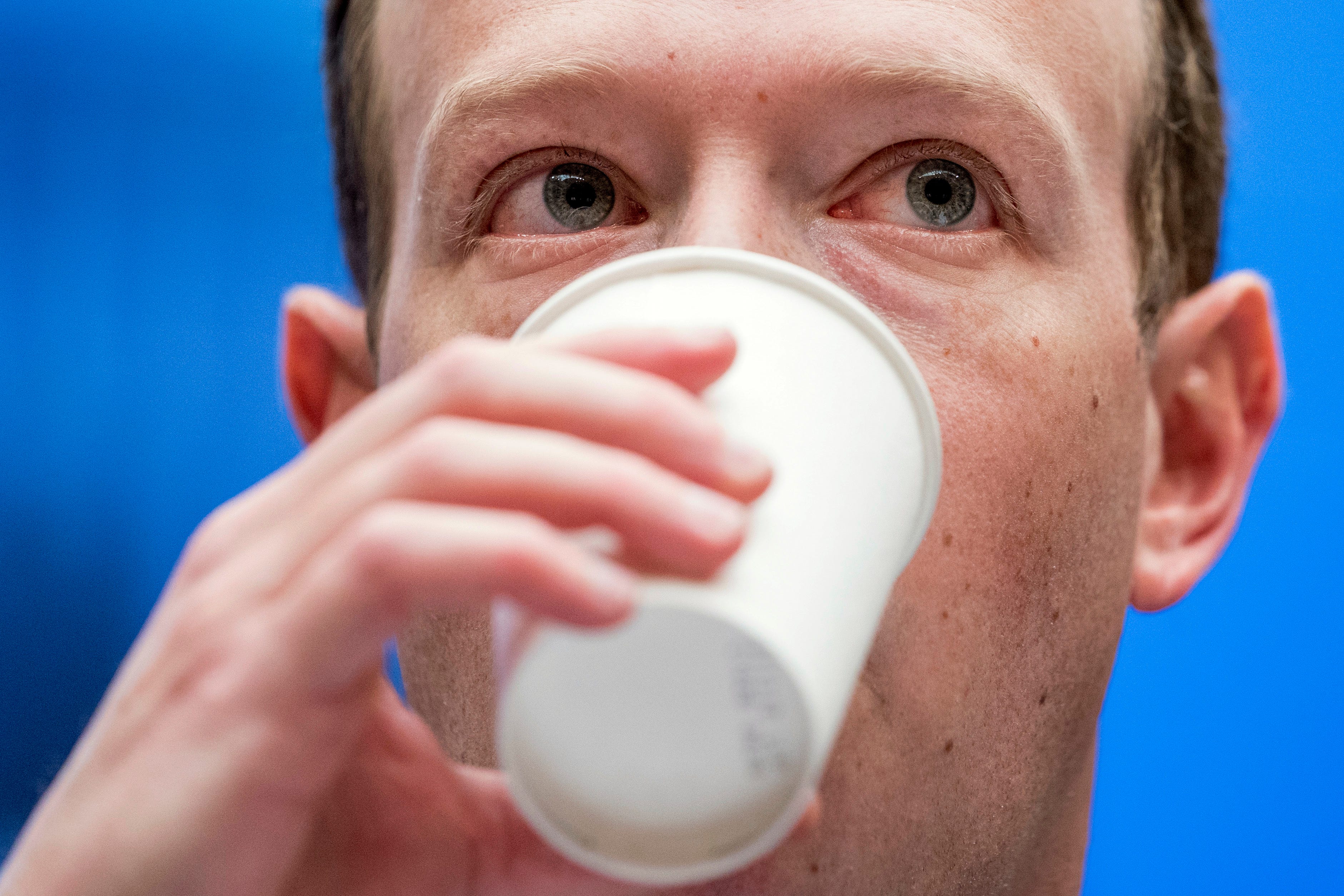 While millions of people around the world stay home, there’s still the opportunity to travel. It just has to be done virtually. Australia is a top destination for many travellers, and it’s home to all types of adventures. From zoos to zip lines, here’s how to travel Australia virtually. Visit […] 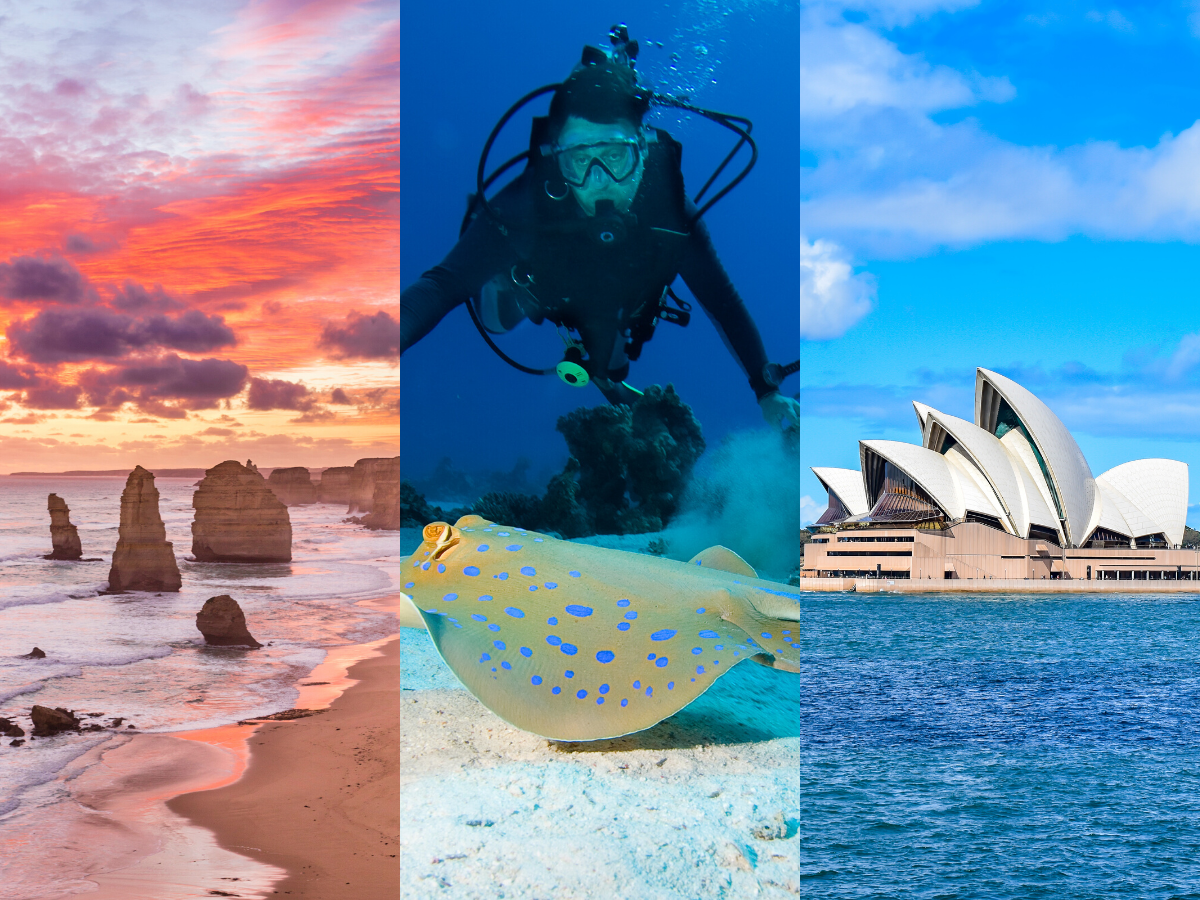 Jack Ma, Jedi, and surfing: These are the 10 juiciest details from Fast Company’s deep dive into WeWork Before WeWork was plagued with investor concerns and a stalled initial public offering, chief executive Adam Neumann directed the company to invest in an artificial wave startup. Wavegarden offers multi-million-dollar wave installations that have been set up in three countries so far – but its only US location faced roadblocks […] Donald Walsh was surfing in New Smyrna Beach, Florida, on Tuesday. While riding a wave into shore, he caught air and landed on a shark. The animal bit Walsh on his calf and also his hand, giving him non-life-threatening lacerations. It’s the 11th reported shark bite this year in New […] 23 classic photos of Hawaii during its ’60s heyday

Hawaii officially became a state in 1959, and soon after became one of the hottest vacation destinations of the decade. Its rise in popularity coincided with the air travel boom of the 1960s. Presidents, musicians, and ordinary vacationers alike flocked to the new and exotic state, seeking crystal blue waters […]

Most mere mortals who have attempted to surf struggle just stand up on the board once, but surfing legend Kelly Slater is no mere mortal. During Round Three of the 2018 Billabong Pipe Masters in Hawai’i, Slater was going head-to-head with Filipe Toledo when he was knocked off his board […] Tesla made 200 limited-edition surfboards that cost more than $2,000 each — and they sold out in just one day Officials want to ban surfers from parts of Australia’s most famous beach, despite the fact that it’s a National Surfing Reserve

Surfers may soon be banned from North Bondi under a new plan proposed by Waverley Council to provide safer conditions for swimmers. “Residential concerns” have caused the council to create the Lifeguard Service Risk Review, which proposes a “buffer zone” preventing surfers from using the northern end of one of […]

A stand-up paddleboarder was knocked off a wave by a dolphin while in the surf at Gracetown, Western Australia. Footage of the incident has gone viral on social media since it was posted over the weekend. Andrew Hill told Seven News he was paddling out when a pod of dolphins […]

A professional surfer has set a world record for riding an 80-foot wave in Nazare, Portugal. Rodrigo Koxa surfed the wave in November, and was just awarded the XXL Biggest Wave Award by the World Surf League for that ride. Koxa broke the previous world record, a 78-foot wave surfed […] The World Surf League (WSL) called off the Margaret River Pro because of recent shark attacks in the area. The competition forms part of the WSL World Championship Tour, where the top ranked surfers compete over a 12-day period. The WSL CEO made the decision yesterday out of concern for […]

Mick Fanning has come second in the final of the Rip Curl Pro at Bells Beach. Brazil Italo Ferreira took out first place. It was Fanning’s last time competing professional after announcing his retirement earlier this year. Australian surfing legend Mick Fanning has missed out on a fairytale ending to […]