President Donald Trump on Monday urged Republicans to confirm his Supreme Court quickly so they could also pass a stimulus package. “Personally, I would pull back, approve, and go for STIMULUS for the people!!” he said in a tweet. The Trump administration on Friday offered a $US1.8 trillion stimulus package […] 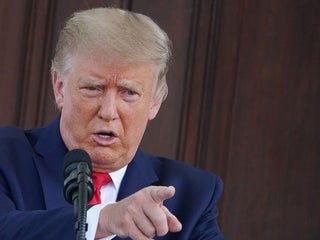 Moving forward with hearings and a vote on Amy Coney Barrett’s Supreme Court confirmation would endanger senators and staff to COVID-19, Senate Minority Leader Chuck Schumer said in a Sunday press conference. Three Republican Senators have tested positive for the coronavirus recently, including two members of the Senate Judiciary Committee. […] 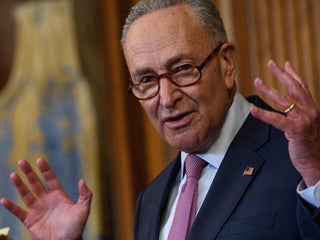 It looks like the fight over Supreme Court Justice Ruth Bader Ginsberg’s seat has sunk negotiations between Democrats and Republicans for another coronavirus aid bill. That means Trump may have just unwittingly chosen a Supreme Court seat over the US economy and the stock market. The market had been selling […] 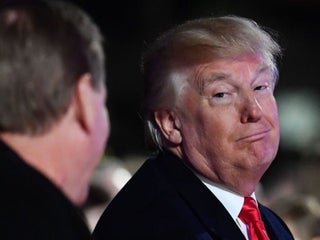 Sens. Susan Collins and Joe Manchin announce they will vote to confirm Supreme Court nominee Brett Kavanaugh, all but guaranteeing him a spot on the court

Republican Sen. Susan Collins of Maine indicated on Friday that she planned to vote to confirm Brett Kavanaugh, the embattled Supreme Court nominee, during a final floor vote set for Saturday. After Collins announced her intended vote, Sen. Joe Manchin said he would also vote to confirm Kavanaugh. With their […] ‘The country deserves better’: The Washington Post editorial board writes scathing op-ed urging senators to vote no on Kavanaugh

The Washington Post’s editorial board published an opinion column urging lawmakers to vote ‘no’ on Judge Brett Kavanaugh’s confirmation to the Supreme Court. The column published on Thursday is the first time in more than 30 years that the newspaper’s editorial board urged senators to reject a nominee to the […] The prosecutor who questioned professor Christine Blasey Ford and Supreme Court nominee Brett Kavanaugh over sexual assault allegations wrote in a memo that Ford’s case against Kavanaugh was weak. In the five-page memo obtained by The Washington Post, Mitchell detailed several inconsistencies from Ford’s testimony, in which she claimed that […]