Walmart is facing backlash for selling a T-shirt with the words “All Lives Matter” that Twitter users said was racist and dismissive of the Black Lives Matter movement. As of Thursday morning, the product had been removed from Walmart Canada’s website but was still available in the US. In a […] 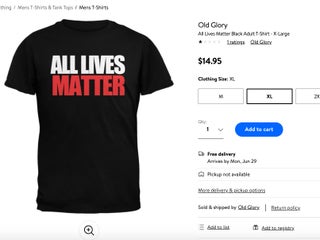 All of Target’s Starbucks locations are temporarily closed, and many baristas are transferring to work in the superstore itself

Effective Monday, all Starbucks locations in Target stores will be temporarily closed due to coronavirus concerns, a Target spokesperson confirmed in an email. Target employees who had worked in Starbucks cafés have the option to transfer to other jobs in the superstore. “This decision is aligned with the action that […] 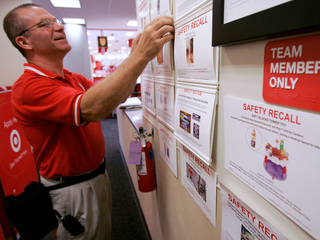 Walmart is adding more robots to its stores, a spokesperson confirmed to Business Insider. The shelf-stocking Bossa Nova robots will be expanding to 650 more stores, bringing to total number of stores to 1,000 with this technology. Walmart recently unveiled a grocery-packing robot to help speed up online delivery fulfillment. […] We compared grocery shopping at Walmart and Costco, and found the discount superstore is better for the average shopper

Costco and Walmart are two major, nationwide retailers that offer a multitude of quality products at cheap prices. Both stores have large grocery sections complete with meat and produce, as well as bakeries – though neither are traditional supermarkets. We visited both stores to see which was better for grocery […] We went to Kohl’s and Target and found they were both a mess. Here’s why I’d shop at Target anyway.

Kohl’s and Target sell some similar products. But the bullseye chain has recently been faring better overall in terms of sales and traffic. Kohl’s recently reported in its second-quarter earnings that sales dropped 2.9% in stores open for more than a year, though Kohl’s CEO Michelle Gass said the company’s […] It has been a long while since NBC's "Must See...