Australian banks underperform with your super

The Turnbull government has scrapped one of the most controversial parts of its changes to superannuation, ditching the $500,000 lifetime non-concessional cap on contributions, replacing it a $100,000 annual maximum. The change cuts the existing annual non-concessional contributions cap of $180,000 per year by $80,000. The new plan will cost […]

Co-founder of Atlassian, Mike Cannon-Brookes, has invested in a new technology-focused superannuation fund for millennials, and says he will switch his own super into it. Spaceship is a super fund that will invest heavily in big-name technology stocks such as Apple, Google, Facebook, Amazon and Microsoft — rather than the […]

Super contributions have slumped since the government’s budget changes

Nervous members of self managed superannuation funds (SMSF) have significantly cut back on contributions since the federal government announced major changes in the May budget. The average contribution fell 38% in June quarter to $10,748 compared to $17,320 in the same three months the year before. This was the lowest […]

Self Managed Super Funds – or SMSFs – is a term that is slowly catching on with people as they realise just how much money they’re accumulating into super. Because the younger generations are going to be earning superannuation through their entire working lives, many of them are going to […]

CHART: The sorry state of returns from superannuation funds this year

Most superannuation accounts will have staggered, exhausted to the end of the 2016 financial year with a slightly positive result. Median balanced accounts — those with exposure of between 60% and 76% to growth assets — where up to 70% of Australians have their money, will have gained only about […]

CHART: The golden age of self managed super funds is over

The amazing growth in the assets held by self managed superannuation funds in Australia is about stall following changes to the superannuation system made in the federal budget last month. Hasan S Tevfik, an analyst at Credit Suisse who closely tracks the fortunes of what he calls “selfies”, says the […]

Malcolm Turnbull and the Coalition have reportedly been improving in polling on who is best to look after the interests of older Australians, despite vocal anger over recent weeks over the government’s planned changes to superannuation. There has been a widely-canvassed backlash against the government’s capping of tax-free retirement income […]

Malcolm Turnbull and Scott Morrison will face a push by the backbench after the federal election to change or even abolish elements of the superannuation overhaul announced in the budget. Simmering discontent among the Liberal Party’s conservative base has started to boil over and several MPs told The Australian Financial […]

The talking points for Turnbull government’s superannuation changes, announced in the Budget earlier this month, are clear. The $1.6 million cap on super before retirees have to pay more tax means “96% of people are either better off or not affected by the changes”. Superannuation “is not a tax minimisation […]

CHART: Older women will feel the pain from the latest super changes

Women aged 50 and older are being penalised the most from the federal government’s superannuation changes announced in the budget, according to analysis by the National Centre for Social and Economic Modelling (NATSEM). The budget cut the pre-tax amount which can be put into super to $25,000 from $35,000 for […]

LEAKED MEMO: The Turnbull government was ready for a fight over super changes

The federal government was bracing for a wave of complaints and concerns over its larger-than-expected cut to superannuation tax concessions in the budget, according to an internal Australian Taxation Office memo. The leaked memo, sent in the week before the May 3 budget, tells Tax Office staff that the Treasury […]

One of the big changes to superannuation in the 2016 budget was putting a cap of $1.6 million on the balance from which tax-free pensions can be drawn. This effectively gets rid of multi-million dollar accounts spitting out hundreds of thousands of dollar a year in tax-free income during retirement. […]

In his budget reply speech this week, Opposition leader Bill Shorten said Labor had “very grave concerns about retrospective changes” to superannuation being proposed by the government. The superannuation industry has been even more vociferous. But labelling the changes as “retrospective” in this case is a furphy. For a decade, […]

CREDIT SUISSE: The budget is bad for the share market

It’s baby steps, but the government is finally trying to make our retirement system fairer

Superannuation and Australia’s system for enabling workers to self-fund retirement was a major step forward for the nation when it was introduced by the Hawke/Keating government. But when it introduced compulsory super the government at the time, it “chose to do something quite strange” said Professor Ron Bird from the […]

RBA governor Glenn Stevens this week joined the CEO of the world’s biggest investment firm, Blackrock, in saying that ultra-low global interest rates are causing problems for people’s retirement planning. That in turn, Larry Fink said, was part of the reason why global growth was not responding to low interest […]

Retirement savings have gone backwards for a fifth month

The value of superannuation funds are being shrunk by a volatile Australian share market. The median balanced option, held my most Australians, was down 0.5% in February, the fifth negative month of the financial year, according to analysts SuperRatings. So far this year, funds are down 1.6% and SuperRatings says […]

Tax concessions for superannuation will shaved in the May federal budget, treasurer Scott Morrison has confirmed. He told the Australian Financial Review Business Summit 2016 that superannuation was beginning to exceed its role in retirement savings. Morrison says the Coalition policy would be consistent with the definition that super should […]

The Turnbull government is looking at whether to stop rises in employee superannuation contributions to 12% in a bid to reduce the budget deficit. The planned rise in compulsory super contributions was part of Labor’s 2010 mining tax, ditched by the Abbott government. While the level increased to 9.5%, further […]

How the tanking dollar is saving your super

Australian superannuation funds are set for a loss in the first half of the financial year, according to research prepared by SuperRatings. Low interest rates, the slowdown in China and falling commodity prices are the reasons given for the projected 0.5% loss for the six months to December. While the […]

A new study by independent research firm Rainmaker Information found recently that Australia’s four big banks collect one third of all fees – nearly $10 billion – paid to super funds. The research concluded that the superannuation industry was drawing an estimated $30 billion in fees in 2014/15, with a […]

But lower than last year.

“Good returns are meaningless if they are being eroded by high fees,” says Chris Brycki, Stockspot founder in his latest “Fat Cat Funds” report today. Brycki studied 3,390 funds with more that $570 billion in assets under management, which took a total of $6.7 billion in fees to gauge performance […]

One of the key drivers of Australia’s quarter of a century without a recession is the free float of the currency. That’s because in leaving it to its own devices, moving up or down, the Reserve Bank gets assistance in its monetary policy management of the economy as the dollar […]

Even with a good retirement fund, the risk of running out of money before you die is real

Start talking to most people about superannuation and their eyes glaze over. The reality is we are all living longer and people – and governments – around the world are grappling with the impact increased life expectancy is having at a personal and at a societal level. None of us […]

The Turnbull prime ministership is a very different beast to that which existed under Tony Abbott. Happy to take the electorate on a journey with him, Malcolm Turnbull and his ministers are opening a wide variety of discussions with the public. Front and centre of those debates are how the […]

INFOGRAPHIC: Here’s Deloitte showing how negative gearing is not evil

Negative gearing is not evil, and superannuation benefits to Australia’s top earners need to be overhauled. That’s the message in the latest update of the Deloitte Access Economics series “Mythbusting Tax Reform” released this morning. The report, which looks at superannuation incentives, negative gearing and the discount on capital gains […]

If Joe Hockey and the Abbott government’s leadership team had delivered on some of the key points in the former treasurer’s valedictory speech today before the disastrous 2014 budget it’s entirely conceivable both he and the former PM might still have their jobs. Coming out of nowhere, the measures introduced […]

Returns on international shares in the red.

CHART OF THE DAY: The top 10 performing super funds for 2015

CHART OF THE DAY: You don’t need $1 million to retire

A part aged pension is a pretty solid bet.

Stuck on the launchpad.

How habit can help you save for a long retirement

Make a habit of saving.

A lot of board positions will need to be filled.

Actuaries say a fair lifetime cap on super savings is about $2.5 million

The Abbott government still has a discipline problem

All over the place. Again.

The other half expect growth.

Get in your wagons and go, grey nomads!

But double digit returns for the full year.

An over-reliance on Australian shares.

The best for three years

Get your money managed.

It can only hurt those it is trying to help.

Banks are trying to lure their own clients.

REPORT: The government is considering a ban on loans to self-managed super funds

Start saving when you're 30.

Your future, in their unschooled hands.

You'll probably pay for it with your super.

In it for the long haul.

They are cutting cash holdings.

REPORT: 1 In 4 Australians Will Outlive Their Retirement Savings By At Least 10 Years

Super Funds Have Shrunk Along With The Australian Market

Share Market Falls Are Eating Into Our Retirement Savings Returns

Close to zero returns at the moment.

Smacks down even the industry funds.

But nuclear power as OK.

The little guys versus the giants.

Forget The Fees You’re Being Charged, The Net Returns On Investments Are More Important

Fee competition is a distraction.

But he's not the only one. 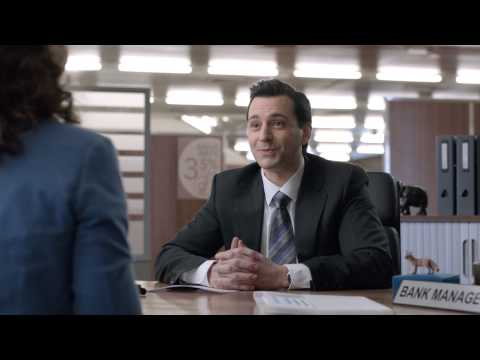 Small Business Owners Are Optimistic But They Don’t Trust The Government When It Comes To Superannuation: Survey

Who knows what rules will be in place?

PLANNER: I Was Offered $10,000 To Sell Property To My Clients

And a percentage of the sale.

Financial Planners Are Happy The Government’s FOFA Rollback Is Staying

They hated the idea.

Former GetUp! Leader And Greens Candidate Simon Sheikh Is Getting Into Fund Management

Saving the environment all the way to the bank.

Deutsche Bank: Australian Equities Are Still Being Propped Up By Superannuation

Super Fund: The FoFA Rollback Is Going To Cost Consumers Billions Of Dollars

SUPER FUNDS: The Budget Blows A 25% Hole In The Retirement Income Of A 45-Year-Old

Growth funds up 66% since the GFC.

It's been a good run.

Short-term fund investing could be sending money off shore.

You should get started now.

Back to the days of pushing high commission products.

A night at IKEA. Manager describes ‘fun’ sleepover after a massive...

NASA’s chile pepper experiment broke 2 world records, including one for...

The metaverse ‘is already here’ and will give cryptocurrencies the opportunity...