Biden apologized for losing his temper when a CNN reporter pressed him on Putin, saying he ‘shouldn’t have been such a wise guy’

"To be a good reporter you have got to be negative," President Joe Biden told the press, adding: "You never ask a positive question." 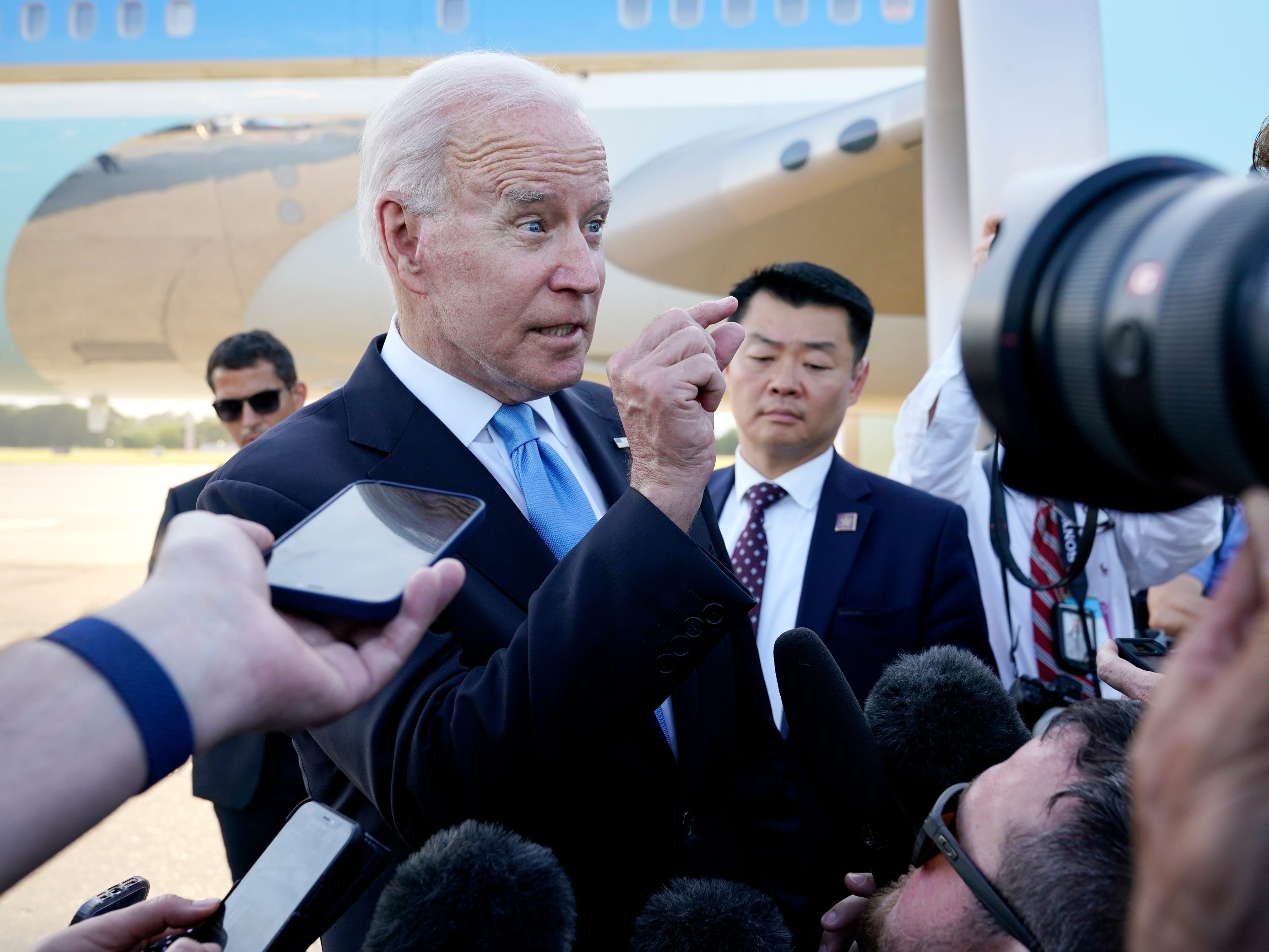 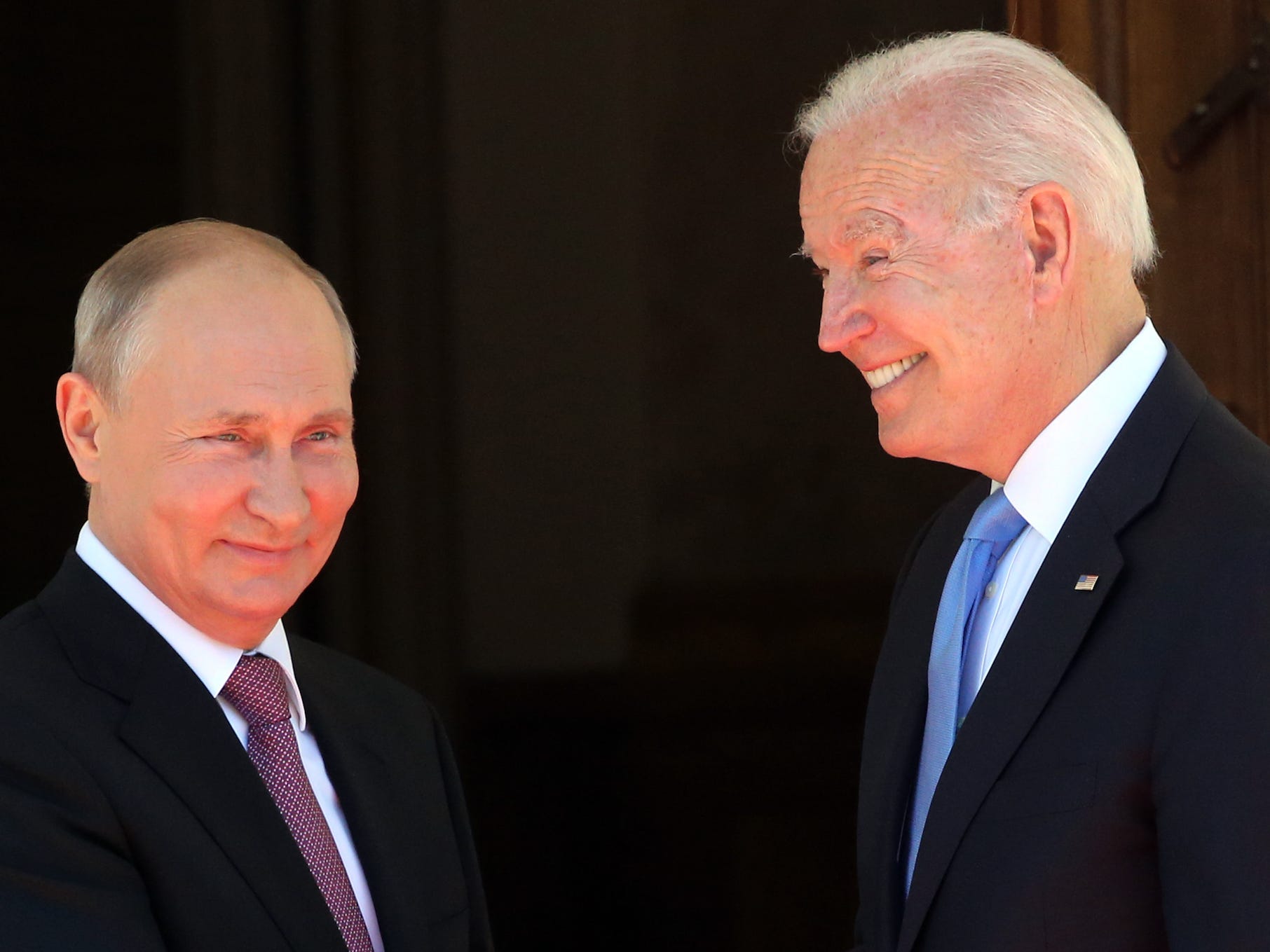 Elon Musk on Tuesday advised top business leaders in the US to ditch spreadsheets and instead seek criticism of their product. “Are CEOs from corporate America focused enough on product improvement? I think the answer is no,” Musk said at the WSJ CEO Summit. “My recommendation would be spend less […] 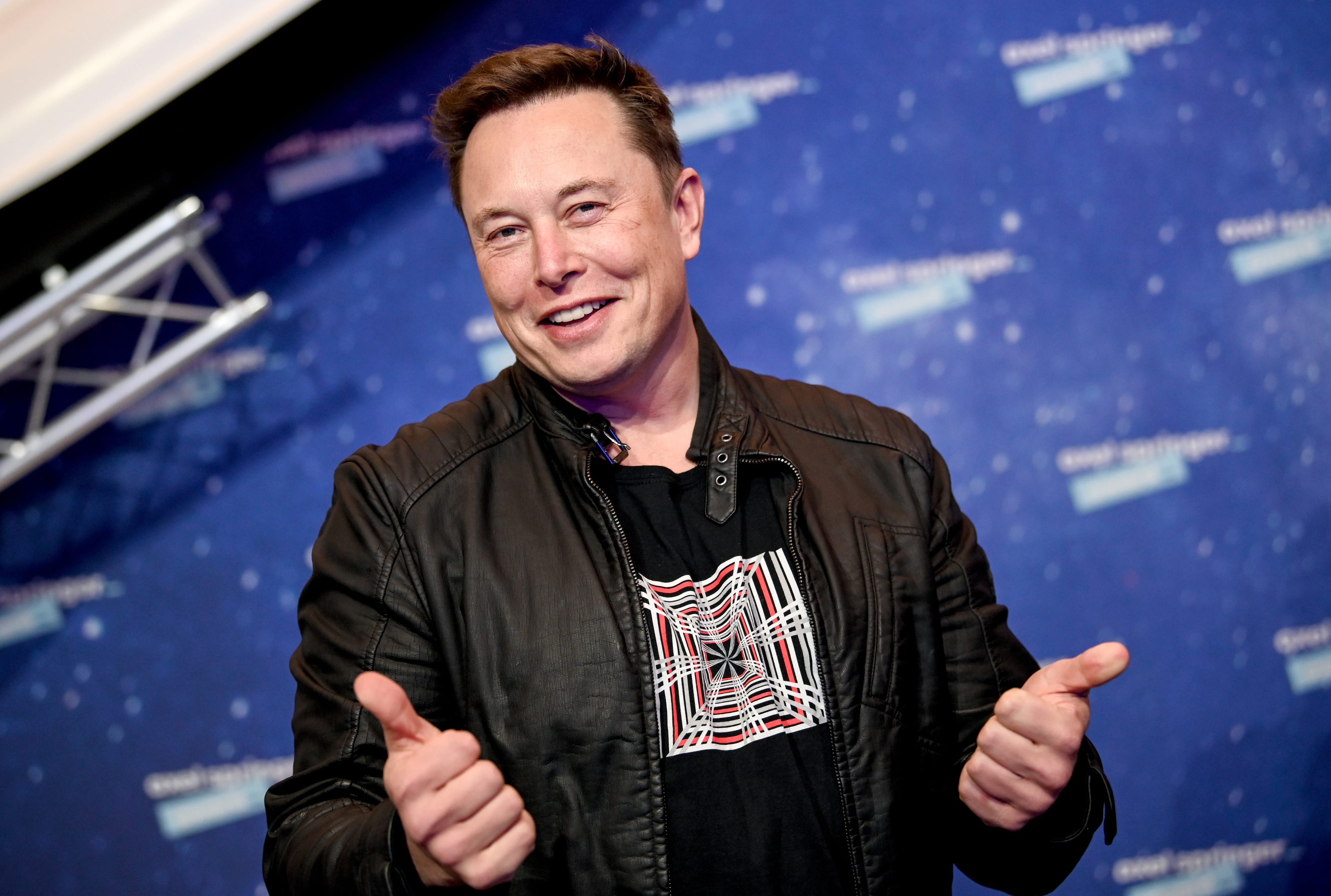 President Donald Trump is currently on a four-day state visit to Japan. Trump is travelling closely with Japanese Prime Minister Shinzo Abe throughout his visit. The president’s public appearances have surfaced questions over Iran, North Korea, and US trade policy, but he’s also turned heads at a sumo tournament, on […] Atlassian’s President Jay Simons has spoken about what it was like to be starting up as the GFC kicked in. As 638,000 Australian businesses folded, Atlassian chose to go on a spending spree. The company announced a new $US295 million acquisition at last week’s Atlassian Summit 18. Tech industry history […]

Russian President Vladimir Putin handed US President Donald Trump a World Cup soccer ball during their joint press conference on Monday. The press conference followed a two-hour summit between the two leaders in Helsinki, Finland. Putin announced that he was giving Trump the ball in honour of the United States, […]

Hours after his historic summit with North Korean leader Kim Jong Un on Tuesday, President Donald Trump told reporters he hoped he would also be able to negotiate a “real deal” with Iran. Iran was closely watching Trump’s meeting with Kim, and warned North Korea that Trump could cancel a […]

President Donald Trump and North Korean leader Kim Jong Un have met for the first time. The photo op took place shortly after 9 a.m. at Capella Hotel on Sentosa Island in Singapore. Despite Trump’s claims that the day is more than a photo op, experts believe the symbolism of […] The US has pushed back additional sanctions against North Korea as the countries continue talking about a summit between President Donald Trump and Kim Jong Un. Talks of reviving the planned summit seem back on track, with US officials meeting North Korean counterparts in the DMZ this week. The Treasury […]

US and North Korean officials are holding talks in the Demilitarized Zone to continue planning a summit between President Donald Trump and North Korean leader Kim Jong Un. Trump canceled the June 12 summit in Singapore last week but has since softened his stance. The White House has said its […] Trump gave North Korea a big, legitmising win even without the summit

By cancelling the June 12 summit with Kim Jong Un, President Donald Trump may have just handed North Korea it’s best diplomatic win yet. Kim is in a stronger position to not fully denuclearize and China is no longer pushing Trump’s “maximum pressure” campaign. North Korea also gained a new […] The June 12 summit between President Donald Trump and Kim Jong Un in Singapore will give North Korea the legitimacy it has craved for decades. Travelling by plane to a neutral destination far from the Korean Peninsula will show Kim as a competent world leader. This will add to the […] North Korea and South Korea will take turns rehearsing for their joint summit in the same venue where they’re scheduled to meet. That venue is the Peace House in the “truce village” of Panmunjom, along the DMZ. South Korea will use the building on Tuesday and Thursday, and North Korea […] There was a combined $3.1 trillion at Donald Trump’s big tech meeting

Donald Trump's Wednesday meeting with the... An historic agreement was reached at the Paris climate change summit after the final text was published this morning. The 2015 United Nations Climate Change Conference took place over two weeks in Paris and saw 195 nations agreeing to the first-ever international accord to reduce greenhouse gas emissions by the […]

China’s President Just Proved How Serious He Is Why ‘Divergent’ Will Never Be As Big As ‘The Hunger Games’

"Divergent" opened to a strong $US56 million this... Jennifer Lawrence returns to theatres in a few weeks in highly-anticipated sequel “The Hunger Games: Catching Fire.” According to The Hollywood Reporter, the second instalment of “the girl on fire” cost Lionsgate an estimated $130 million, a big bump from the $78 million of the first film. Here’s the breakdown […]