Lawyers for Donald Trump claim he never defamed Summer Zervos, who accused him of sexual assault in 2016

Zervos, who appeared on "The Apprentice," claimed Trump kissed her against her will and later groped her in a California hotel. 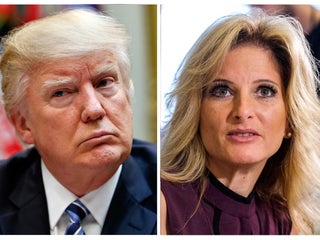 Summer Zervos' defamation lawsuit against Donald Trump was stalled during his presidency but is now moving forward. 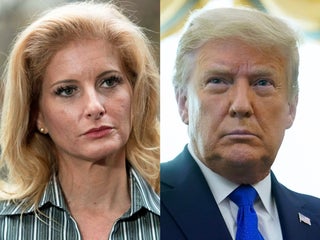 Donald Trump must now face a lawsuit after branding the former "Apprentice" contestant Summer Zervos a liar for her claims he sexually assaulted her. 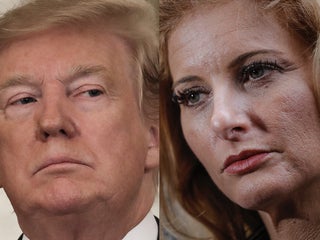 Summer Zervos has asked a court to move her lawsuit against former President Donald Trump forward. Zervos accused Trump of sexual assault and filed a defamation lawsuit when he called her a liar. Trump argued that he had presidential immunity, but Zervos’ lawyers noted he’s no longer president. Visit the […] 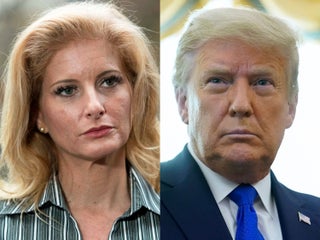 Trump could be slammed with a pile of personal lawsuits once he leaves office. Here are 9 major ones he’ll have to face.

While in office, President Donald Trump has largely evaded the civil suits against him. That could change once he leaves office, which would be in January if former Vice President Joe Biden wins the election on November 3. Legal experts previously told Business Insider that Trump could face several legal […] 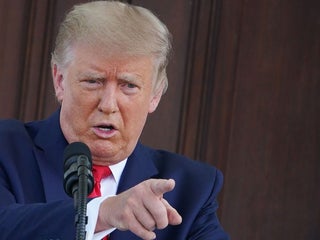 The former “Apprentice” contestant Summer Zervos told a court on Thursday that she had calendar entries, emails, and other evidence to corroborate her allegation that President Donald Trump sexually assaulted her in 2007, The Hollywood Reporter first reported. Zervos also told the court that she talked with a lawyer about […] A New York judge ruled that President Donald Trump should sit for a deposition by January 31, 2019 in a defamation lawsuit filed against him by a former contestant of his reality show, “The Apprentice.” Summer Zervos accused Trump of “very aggressively” kissing and groping her in a 2007 encounter […] President Trump has threatened to sue his former chief strategist, Steve Bannon, for remarks he made in a new book. Pursuing Bannon for defamation weakens Trump’s core argument in a separate defamation suit against him – that he can’t be sued while in office. That suit, brought by Summer Zervos, […] Summer Zervos, who accused Trump of sexually harassing her in 2007, is suing him for defamation because he called her and other accusers liars. Trump’s lawyers will argue in a New York court on Tuesday that the lawsuit should be thrown out because he is a sitting president. But former […] Accuser files defamation lawsuit against Trump, promises to drop it if he admits her story ‘is and was the truth’ A former contestant on ‘The Apprentice’ alleges Trump accosted her

VIDEO: A former contestant on "The Apprentice" claims Donald Trump sexually accosted her during a supposed business meeting after she lost.