"It sickened me to read the endless racist, slanderous, clickbaiting vitriol spewed in her direction from all manner of media," Patrick J. Adams wrote. 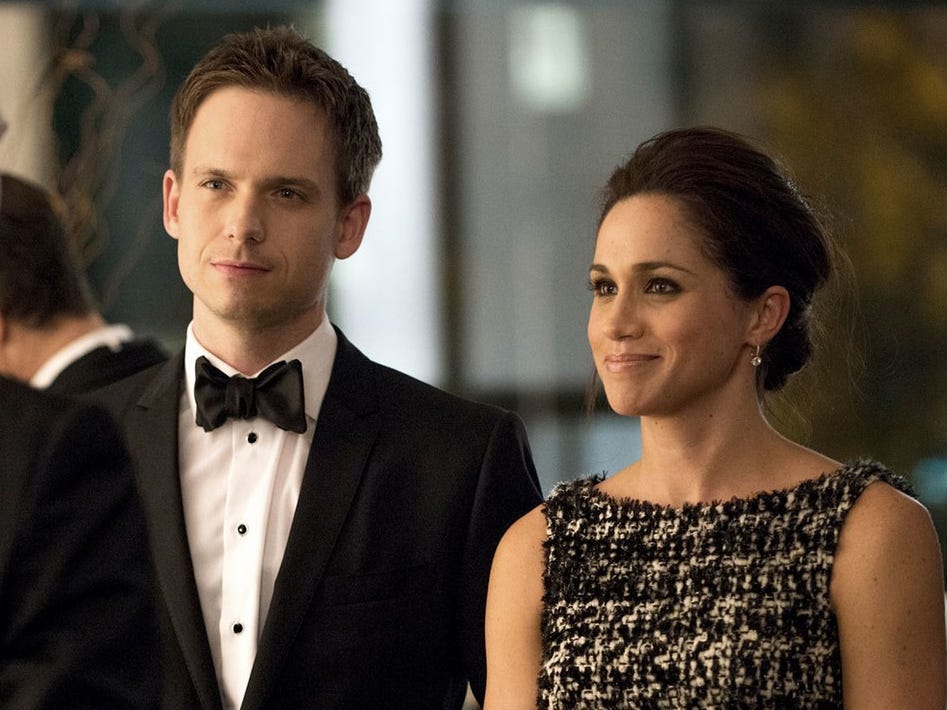 Meghan Markle’s “Suits” costar Patrick Adams said he is “intimidated” and “scared” to reach out to the duchess. Adams, who starred alongside Markle for seven seasons of the legal drama, attended her royal wedding in 2018. In a new interview with Radio Times, the actor said he and Markle exchanged […] 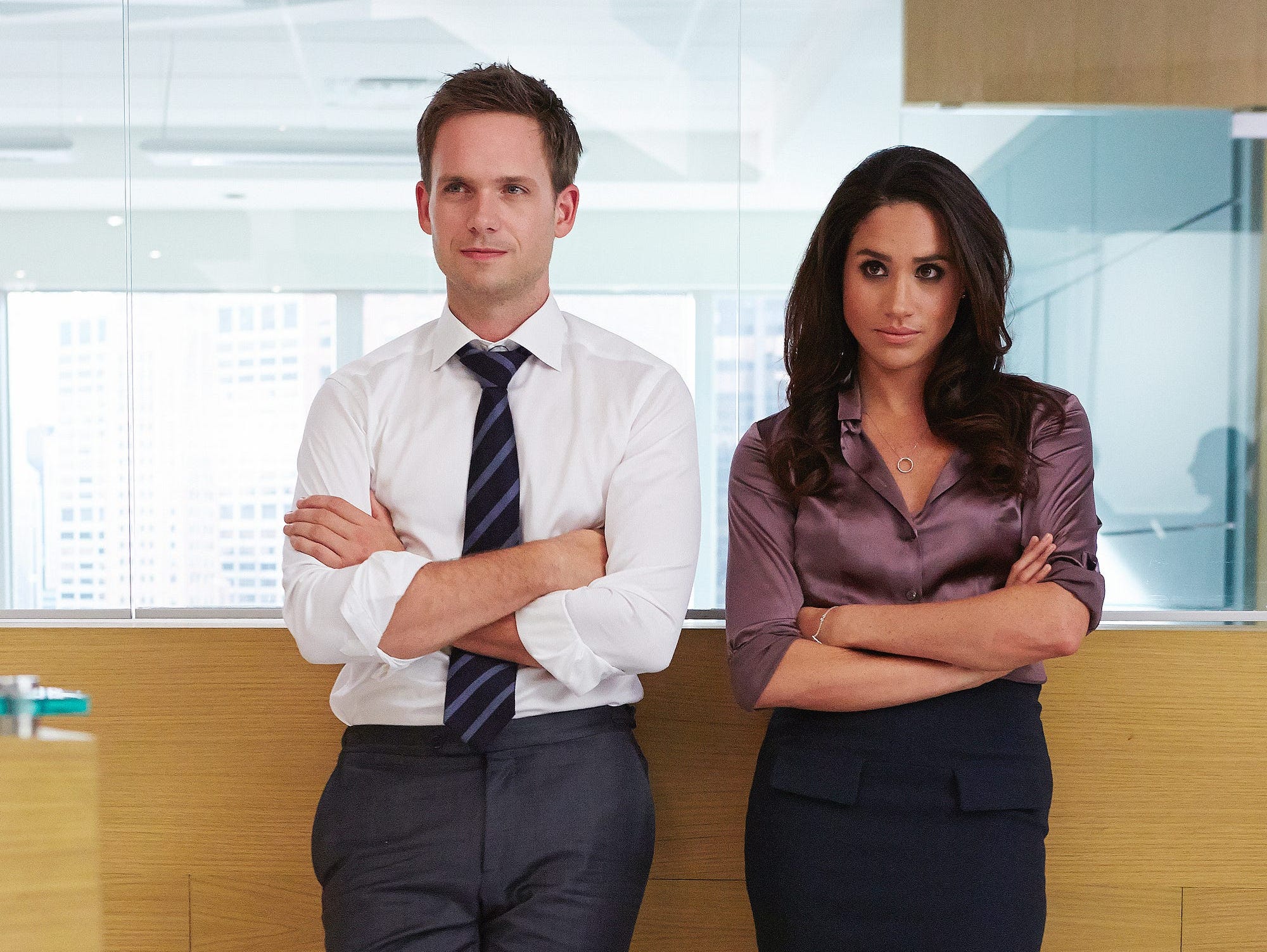 Men’s Wearhouse and Jos. A. Bank parent is closing about 500 stores and laying off 20% of its workers

Tailored Brands is closing as many as 500 stores and making cuts to its headcount as it weathers the effects of the coronavirus pandemic. The company, which operates Men’s Wearhouse, Jos. A. Bank, Moores Clothing for Men, and K&G, said it expected to lay off roughly 20% of its workforce […] 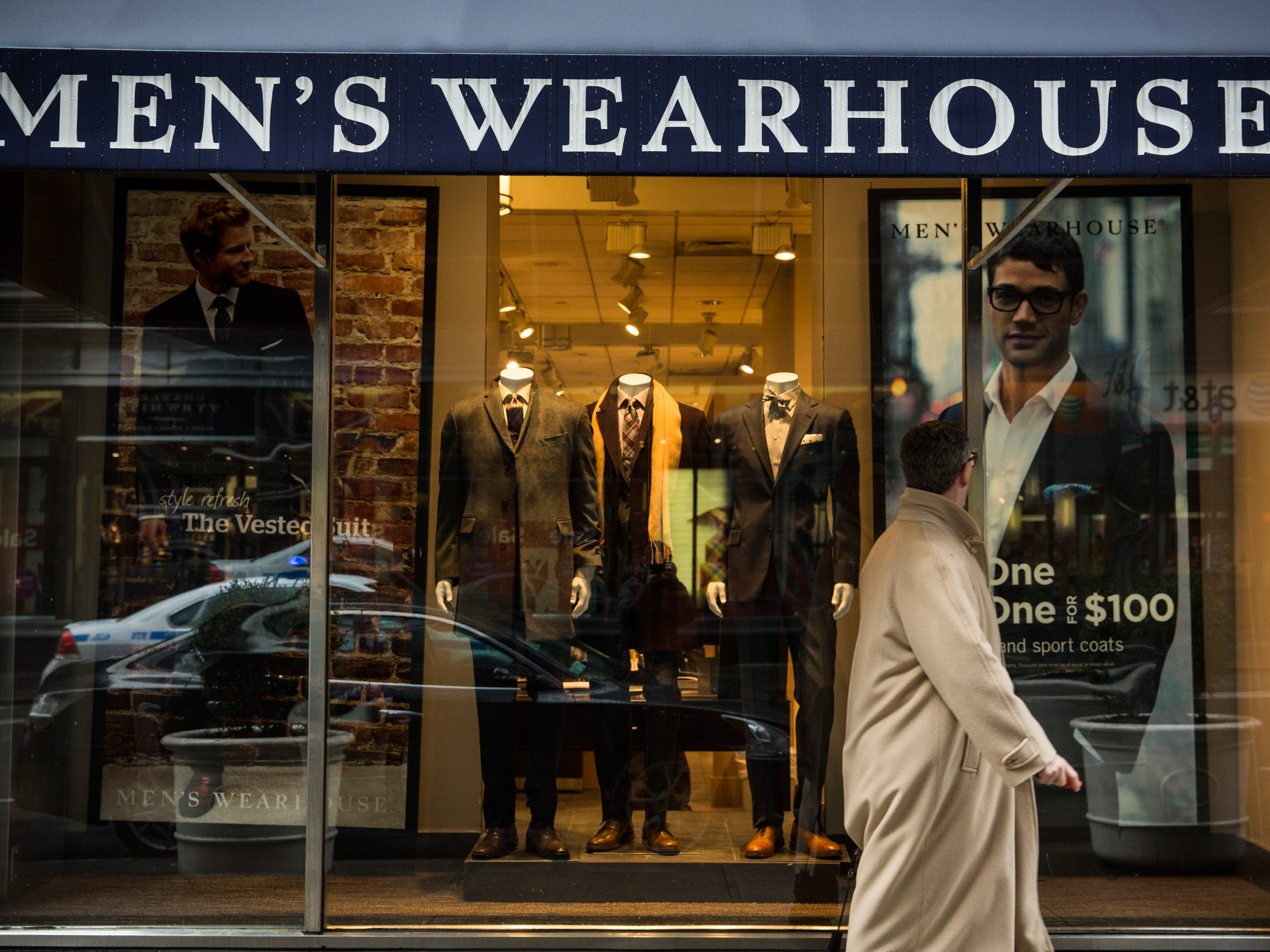 The 5 best dress watches for businessmen, according to an expert watch consultant

Andrew Hildreth is a Liveryman of the Worshipful Company of Clockmakers and a watch consultant to Christie’s and Christie’s Education. He recommends these five watches that anyone can confidently wear in any situation, from a challenging 8 a.m. work meeting to a glamorous evening cocktail. A dress watch should be […] Goldman Sachs’ bankers literally have been ditching suits for casual wear as hundreds of tailored suits have been left at the banks old London headquarters, Financial News reported. Goldman said that suits had piled up over the years. Since David Solomon took over the American bank, codes have been relaxed […] Victoria Hitchcock, a fashion “lifestylist” based in Silicon Valley, styles clients including tech entrepreneurs and CEOs. While New York Fashion Week kicked off on the East Coast this week, we’re wondering what the West Coast is wearing. Check out Hitchcock’s womenswear picks, including sleek suits, up-and-coming handbags, and chunky moccasins. […] There is a joy to getting a perfectly fitted suit that is hard to recreate online. And when it comes to retail there are few companies that are really nailing that integration with tech. Shopping is an experience and technology needs to act as an enabler in this space. While […]

Stars like Ryan Gosling are bringing the brown suit back, but you need to know these rules before you buy one

Brown suits are back. The iconic piece of 70s tailoring has been ushered back into the folds of haute couture by style icons like Ryan Gosling, Bradley Cooper, and David Beckham. INSIDER spoke to some tailors about the trend and they told us that every man should have one in […]

Bradley Cooper keeps making the same suit mistake, and it’s one of the cardinal sins of men’s fashion

Bradley Cooper keeps doing up the bottom button on his blazer. It breaks suit etiquette that’s been tradition since the days of King Edward VII. It also looks bad. As Jack Stammers of Jack Davison Bespoke tailors in London tells INSIDER, doing up your bottom button can pull the blazer […]

Holocaust survivor Martin Greenfield has been tailoring suits for over 70 years. Six presidents, celebrities, and other famous people travel to Brooklyn for his world-class formal wear. Martin follows 108 steps that include hand stitching and steam pressing to make the high-quality outfits. Visit Insider’s homepage for more stories. 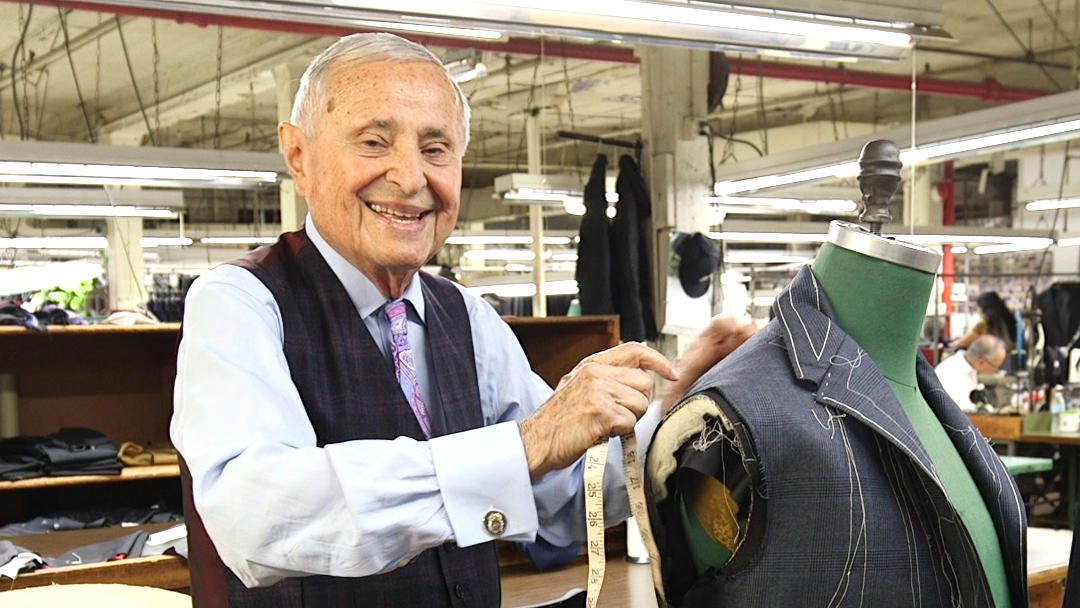 Before she became Meghan, Duchess of Sussex, Meghan Markle was a legal mastermind on the USA drama “Suits.” For seven seasons, Rachel Zane was an all-star paralegal, law student, friend and companion to protagonist Mike Ross. Classic and comfortable mixed with tailored and trendy, Zane frequently rocked business professional ensembles. […]

Suitsupply is taking its women’s suiting brand global, opening up stores around the world. The brand was tested online in pilot programs and in select stores before the roll-out. Suitsupply is best known for its well-regarded men’s suits, which have earned a following for their emphasis on fit and quality […] Wearing a suit is an absolute minefield. Colin Hunter, the CEO and cofounder of the bespoke menswear brand Alton Lane, says overcomplicating things is one of the biggest mistakes he sees men make with their suits. He also says men tend to underinvest in themselves. “I always hated shopping.” Colin […] Men’s formal wear startup The Black Tux has raised $US30 million in a latest round of funding. The company will use the funding to open another warehouse to serve customers. It’s found a niche with guys who like variety for formal events, and don’t want to be bothered owning their […] Savile Row tailor Henry Poole & Co has dressed clients including former British Prime Minister Winston Churchill, the Queen, and supermodel David Gandy. Managing director Simon Cundey told Business Insider there are a number of mistakes men make when buying and wearing a suit. The key is to look at […] Hollywood actress Katherine Heigl is joining the cast of ‘Suits’ as Meghan Markle and co-star Patrick J. Adams depart. Heigl will join the cast in season 8 playing a new partner at the legal drama’s Pearson Specter Litt law firm. Markle and Adams will leave the show at the end […] As far as dress codes go, summer is a tricky... On Wednesday, during a meeting with Sen...