Russian fighter jets recently came within feet of a US aircraft. A former US Navy pilot explained why Russia might be pulling these stunts.

A former US naval aviator and TOPGUN instructor said he believes Russia does this for the purpose of intimidation. 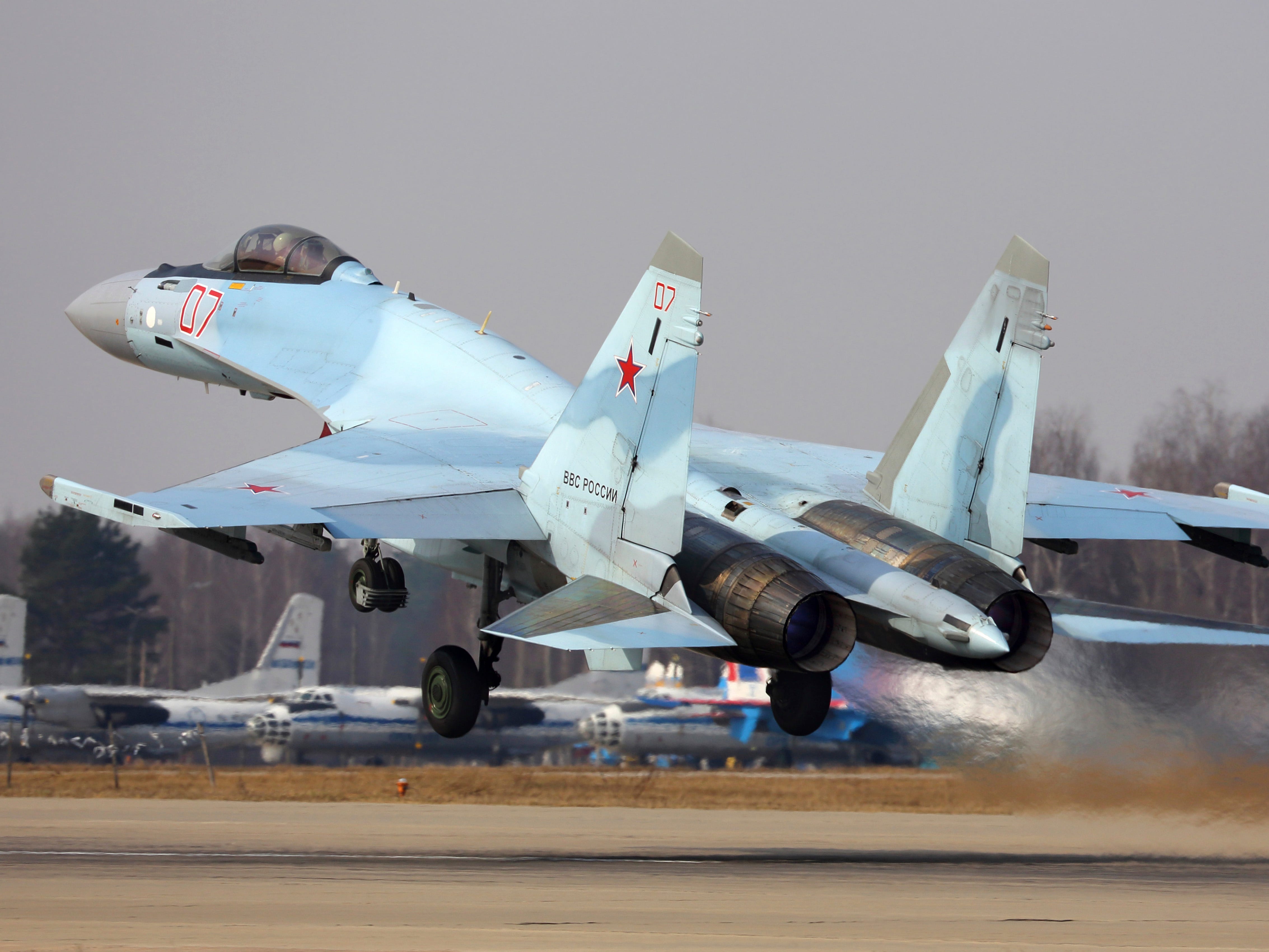 PHOTOS: US Navy says a pair of Russian fighter jets ‘unsafely’ intercepted a US patrol aircraft, risking a midair collision

The US Navy has accused two Russian Su-35 fighter jets of conducting an “unsafe and unprofessional” intercept of a P-8A Poseidon patrol aircraft over the Mediterranean Tuesday, releasing photos and video from the incident. The two Russian fighters closed in on both wings of the US aircraft simultaneously, “restricting the […] 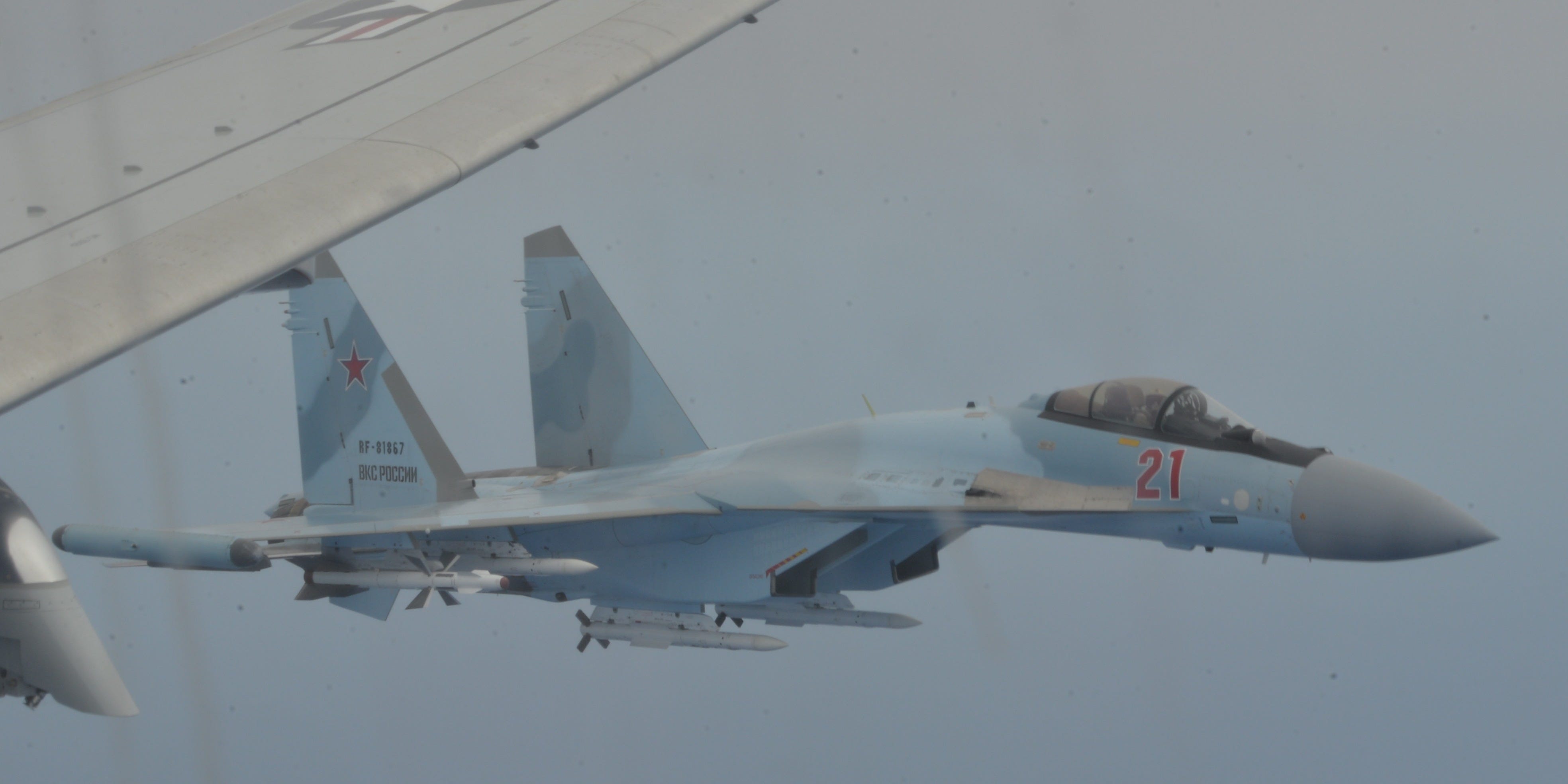 A Russian Su-35 fighter jet on Sunday conducted an “unsafe” intercept of a US Navy P-8A Poseidon surveillance aircraft operating over the Mediterranean Sea, the US Navy said. The Russian fighter came within 25 feet of the US aircraft, “seriously jeopardizing the safety of flight of both aircraft,” the Navy […] 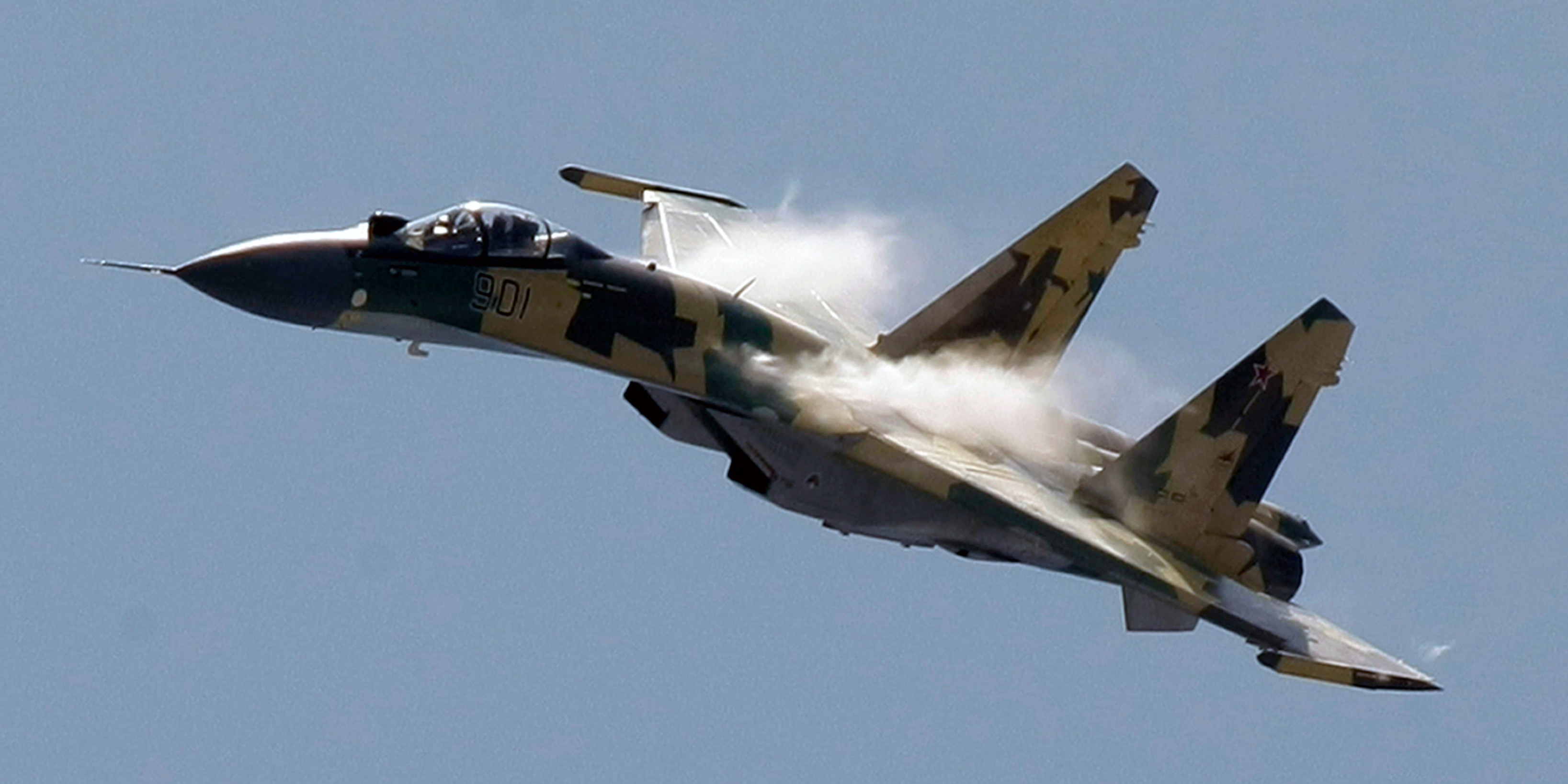 Russian jet put US airmen at risk with an ‘irresponsible’ intercept over the Mediterranean Sea, US Navy says

A Russian fighter jeopardized the safety of the airmen aboard a US Navy surveillance plane during an “unsafe” intercept near Syria. The Sukhoi Su-35 buzzed the US P-8A Poseidon at high speed in international airspace. Russia has denied any form of misconduct. Visit INSIDER’s homepage for more stories. A Russian […]
News May. 22, 2019, 2:00 AM

Two sets of two Russian Tupolev Tu-95 strategic bombers, one of which was escorted by a pair of Su-35 fighter jets, were intercepted off the coast of Alaska on Monday. Four US Air Force F-22 stealth fighters supported by an E-3 Sentry aircraft were sent out to shadow the Russian […]
News Sep. 21, 2018, 6:24 AM

The US has hit China with sanctions for Beijing’s dealings with Russian weapons makers. The move is related to Beijing’s purchase of advanced aircraft and anti-aircraft systems. It’s the first time the US has imposed sanctions under a law meant to punish Russia for its actions abroad, including interference in […]
News Dec. 16, 2017, 1:24 AM

The top American and Russian fighter jets this week had their first run-in in the skies above Syria, and the incident favoured the Russian jet if combat were to break out. The US’s F-22 doesn’t visibly store weapons, and it relies on stealth, so coming face to face with an […]
News Dec. 14, 2017, 8:29 AM

Russian Defence Ministry accused the US on Saturday of interfering with Russian bombing runs on ISIS positions in Syria, citing an example between an F-22 and an Su-35. The US Air Force denies the allegations, and said they were only in response to US accusations of Russian fighters flying unsafely. […]
News Oct. 24, 2017, 10:22 AM

Israeli satellites on Saturday revealed two Russian Su-57s at its Hmeimim air base in Syria. A Russian official said the Su-57s were deployed to the war-torn country as a deterrent “for aircraft from neighbouring states, which periodically fly into Syrian airspace uninvited.” Additional satellite images from July 2017 also showed […]
News Apr. 11, 2016, 4:45 AM