Inside teachers’ first week back in US classrooms: Nerves, disorganization, and exhaustion

Labour Day typically marks the beginning of the school year across the US, but the coronavirus pandemic has ensured that back-to-school season looks a little different this year. Some students are returning to classrooms while others are tuning into class from school-issued laptops. Insider spoke with a dozen teachers across […] 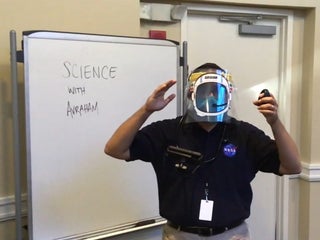 Easter falls on a different date every year. This is because it is determined by the Jewish calendar, which is based on lunar cycles. Here’s how to work out when Easter will fall every year. Do you ever feel like Easter comes out of nowhere? Maybe you didn’t realise, but […]

Women are more generous than men because of how their brains work, according to science

New research has found that women are more generous than men. They’re more likely to be giving because their brains find it more rewarding, the study suggests. There’s another reason to be thankful for women on International Women’s Day. Women are a lot more likely to share with you than […]

These 5 sleeping habits can mess with a relationship, according to experts

Time spent in bed together is a crucial part of bonding between couples. But if we have trouble getting some shut-eye, this can have a negative impact on our relationships too. In a blog post on Psychology Today, marriage consultant Melissa Orlov said many couples slip into patterns that put […]

Manipulative people sometimes hook in their victims by “love bombing” them. This can mean compliments, public displays of affection, and gifts. If you fall for the trap, you might find yourself in a serious relationship quicker than you anticipated, with no way out. With Valentine’s Day approaching, make sure you […]

Many women may be familiar with their own ideas being repeated by men in meetings. It’s called “hepeating.” Both men and women can adopt some strategies to stop it happening – try them out this International Women’s Day. Many women are probably familiar with their ideas and thoughts at work […]

A psychologist says boardrooms are lacking in female characteristics. In general, these are empathy, intuition, and creativity. So far, the female brain is an untapped resource that all companies could benefit from. The ratio of male to female psychopaths may be as high as 20:1, and 90.8% of serial killers […]

Orit Hashay has been an entrepreneur for over ten years. However, she says women still have to prove themselves in the tech industry. She shared four lessons she has learned along the way. Orit Hashay founded her company Brayola when she was pregnant with her first child. Through her own […]

When the clocks go forward, you might find yourself a bit more tired than usual. This could lead some of us to try and “catch up” on sleep. However, according to a sleep scientist, this is a terrible idea. In the early hours of Sunday, March 25, the clocks go […]

Some people feel pain more when it’s cold. This could be down to a few different biological reasons, including increased sensitivity and constricted veins. Either way, make sure to wrap up warm in the current icy weather to avoid hurting yourself. It can sometimes feel like there’s a lot to […]