State Senator Randy Feenstra defeated controversial incumbent Rep. Steve King in the Republican primary for Iowa’s 4th congressional district. King, who has a long history of making racist comments, lost his committee assignments in January 2019, has seen his fundraising plummet in addition to being shunned by much of his […] 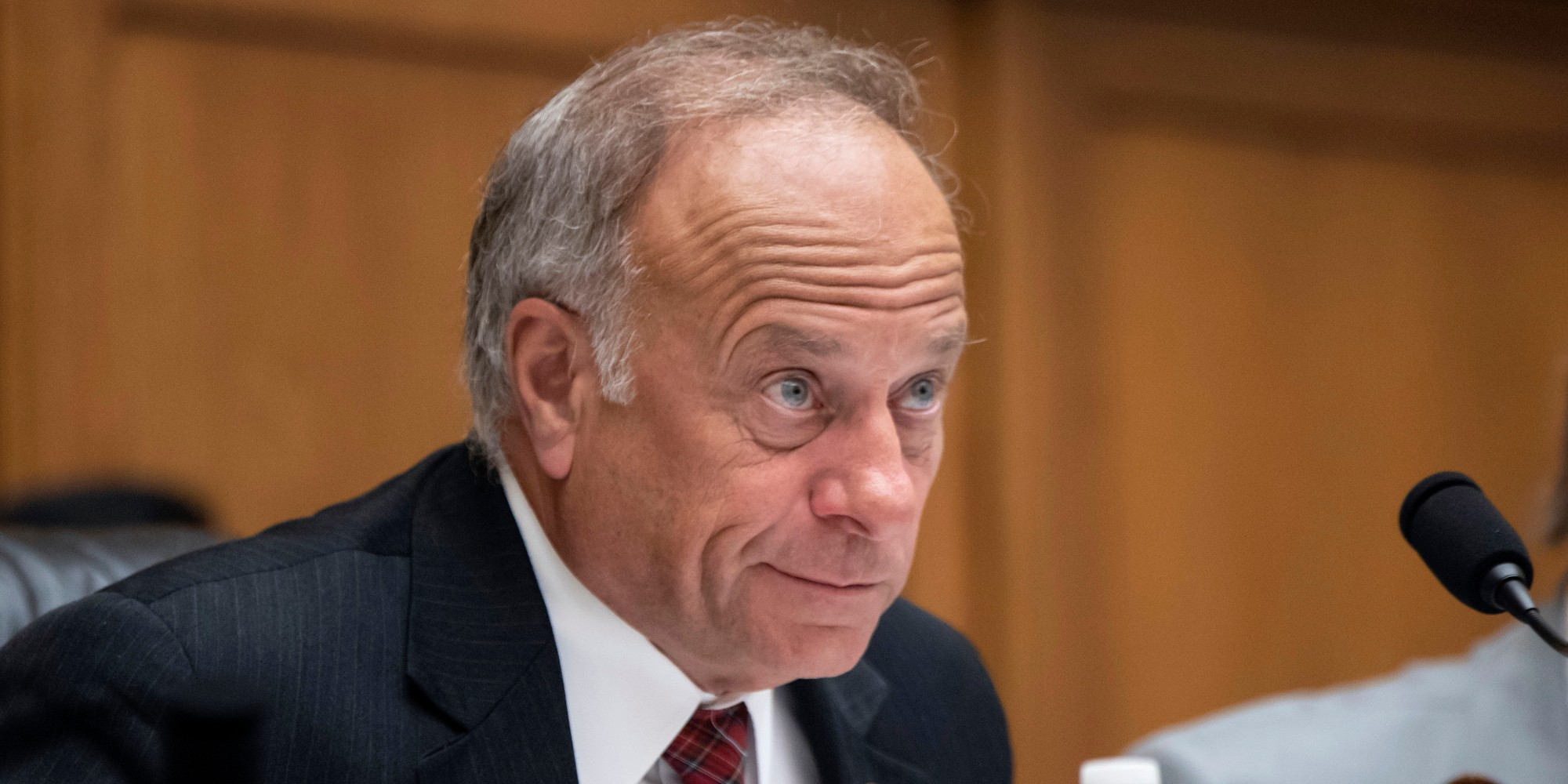 ‘Unrepentant racist’ and ‘bulls—‘: Both Republicans and Democrats lawmakers condemn the idea of reinstating Steve King after racist comments

Republican Rep. Steve King of Iowa, whose controversial remarks stripped him of his congressional committee assignments last year, claimed he was being considered to have them reinstated. “I have Kevin McCarthy’s word that that will be my time for exoneration,” he said in the The Sioux City Journal, referring to […] 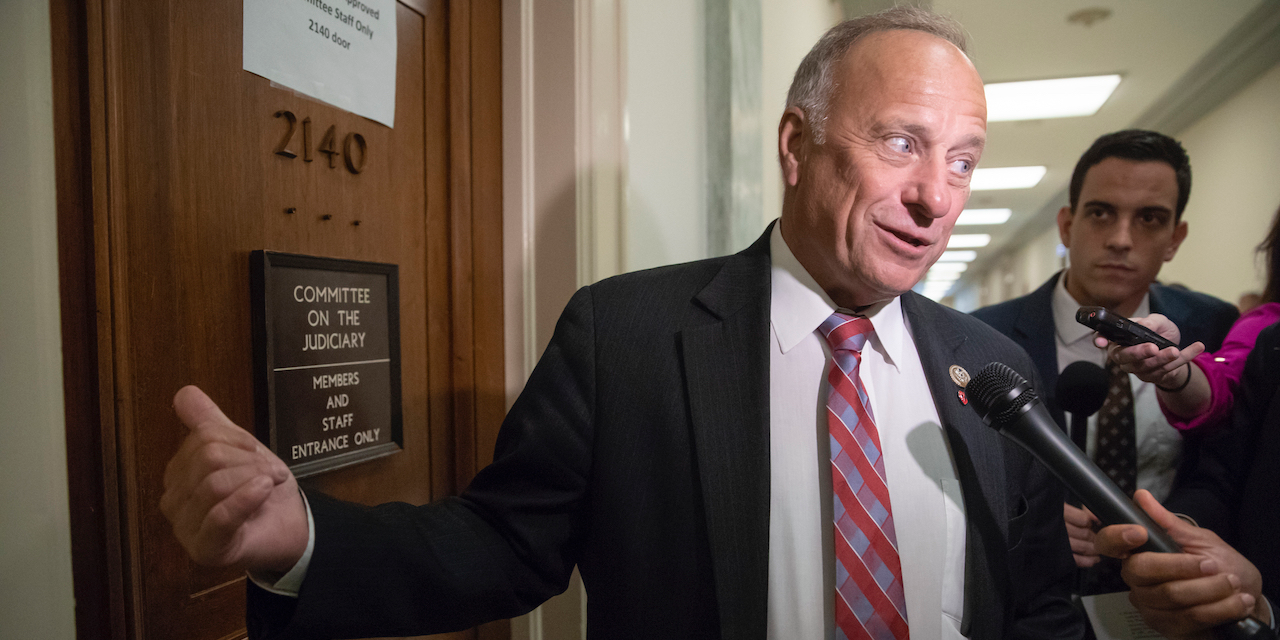 Rep. Steve King, an Iowa Republican who’s long voiced sympathy with white supremacist ideology, shared a post from what appeared to be an online troll on Facebook on Tuesday. The account, @MuellerDad69, claimed to be owned by a Starbucks manager who proudly discriminated against “social conservatives” by banning his employees […]
News Sep. 5, 2019, 8:30 AM

Rep. Steve King said he drank water out of a toilet at a migrant detention facility and it was ‘pretty good’

Republican Rep. Steve King said he recently drank water from a toilet that also served as a fountain at a migrant detention facility and did not describe the experience in a negative light. “I actually went into that cell where it was reported that they were advised they had to […]
News Aug. 21, 2019, 12:50 AM

Rep. Steve King wants media to apologise for reporting what he said about rape and incest

Republican Rep. Steve King said the media and Republican leaders owe him an apology for their remarks after he suggested that there would be “no population” without rape and incest. King was arguing in favour of an abortion ban with no exceptions for pregnancies that resulted from rape or incest […]
News Aug. 16, 2019, 6:48 AM

Steve King questioned if there would be people left on Earth without ‘rape and incest.’ Here are his most disturbing comments

Republican Rep. Steve King of Iowa, a controversial lawmaker who’s used white supremacist rhetoric, questioned on Wednesday whether there would be people left on earth without “rape or incest,” provoking a bipartisan avalanche of criticism. “What if we went back through all the family trees and just pulled those people […]
News Aug. 15, 2019, 10:53 PM

Pressure grows on GOP Rep. Steve King to resign after he asked if there would be ‘any population left’ without pregnancies from rape and incest

Republican and Democratic lawmakers have criticised Iowa GOP Rep. Steve King for comments in which he said that rape and incest were necessary for population growth. “What if it was ok and what if we went back through all the family trees and just pulled those people out that were […]
News Aug. 15, 2019, 4:15 AM

Rep. Steve King questioned whether there would be ‘any population left’ without pregnancies from rape and incest

Controversial Republican Rep. Steve King of Iowa questioned whether “there would be any population” without pregnancies from rape and incest at a Wednesday event in Iowa. “What if we went back through all the family trees and just pulled out anyone who was a product of rape or incest? Would […]
News Jun. 13, 2019, 5:22 AM

Republican Rep. Steve King of Iowa introduced the “Diamond and Silk Act” with the Trump-supporting media personalities by his side. The bill aims to redirect federal funds for “sanctuary cities” to helping homeless military veterans. The press conference quickly flew off the handle, with Diamond and Silk screaming at reporters […]
News Jun. 6, 2019, 12:29 AM

Iowa GOP congressman Steve King is attempting a comeback after Republican leadership revoked his committee assignments as punishment for racist comments he made earlier this year, Politico recently reported. King told Politico that he and a few of his Republican allies in Congress are mounting a bid to get him […]
News Apr. 25, 2019, 12:23 AM

Rep. Steve King says being condemned by Congress for his racist remarks was like Jesus Christ’s suffering

Republican Rep. Steve King of Iowa compared the backlash he’s faced over racist remarks to the suffering of Jesus Christ. “I had to step down to the floor of the House of Representatives and look up at those 400-and-some accusers,” King said at an Iowa town hall on Tuesday. “I […]
News Mar. 26, 2019, 3:14 AM

Rep. Steve King had a glass of water thrown on him at an Iowa restaurant

Republican Rep. Steve King had a glass of water thrown on him while eating lunch with a group at Mineral City Mill and Grill restaurant in Fort Dodge, Iowa, on Friday. Fort Dodge Police said in a press release that 26-year-old Blake Gibbins, from Lafayette, Colorado, was arrested after the […]

Embattled Rep. Steve King sent a letter directly to Nancy Pelosi as part of a campaign to lift his punishment for ‘white supremacist’ remarks

Republican Rep. Steve King of Iowa was removed from all committee assignments as punishment for his New York Times interview in which he was quoted as questioning how terms like “white supremacist” became offensive. King has been repeatedly tried to appeal to House leadership and be reinstated. King is also […]
News Feb. 6, 2019, 5:47 AM

Republican Rep. Steve King invited pro-Trump online personality Lynnete “Diamond”Hardaway from the Diamond & Silk duo as his guest to the State of the Union. King was recently stripped of all his committee assignments by House Republican leadership for comments questioning the offensiveness of terms like “white supremacist.” Republican members […]
News Jan. 27, 2019, 4:13 AM

In his first public town hall since being punished by the House for racist comments, Iowa Rep. Steve King compared himself to Justice Brett Kavanaugh, noting “at least I don’t have accusers.” King, who questioned criticism of white nationalism in a New York Times interview, blamed circumstance for his past […]
News Jan. 20, 2019, 7:38 AM

President Donald Trump offered protection for so-called Dreamers, who are undocumented immigrants brought to the United States when they were children, as well as other groups of immigrants, in exchange for funding for his border wall in a televised address from the White House on Saturday. Top Democrats have already […]
News Jan. 19, 2019, 2:54 AM

Embattled Rep. Steve King of Iowa is raising money by accusing “Never Trump Republicans” and the “rabid leftist media” of trying to “destroy” him following racist comments he made in an interview. King was stripped of his committee assignments after wondering how terms like “white nationalist” and “white supremacist” became […]
News Jan. 16, 2019, 7:47 AM

Rep. Steve King says he supports the congressional resolution condemning his own words on ‘white supremacy’

Republican Rep. Steve King is once again under fire for repeatedly making racist statements in public. The House Republican leadership stripped King of all his committee assignments and condemned his remarks. Democrats are now pushing resolutions of condemnation and censure on the House floor. WASHINGTON – Embattled Republican Rep. Steve […]
News Jan. 15, 2019, 1:27 PM

Republican Rep. Steve King of Iowa was stripped from his committee assignments on Monday night after his controversial remarks on white supremacy drew backlash from lawmakers in both parties. King’s comments, published in a New York Times report on Thursday drew swift backlash after he questioned why “white nationalist” and […]
Next Page »