Three quarters of young people in manufacturing, engineering and STEM would move regionally for a job, a new report finds

Three quarters of young people in manufacturing and STEM industries are interested in moving regionally for their careers, a new report has found.

Sarah Gilbert, who led the development of the Oxford-AstraZeneca vaccine is one of five front line workers being commemorated in Barbie doll form. 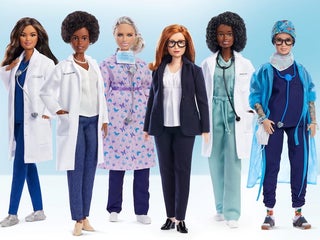 The COVID-19 pandemic has required schools and organisations running extracurricular programs to rethink their approach to education for the 2020-2021 school year. FIRST, the global STEM program for elementary, middle, and high school students, has created guidelines for its leagues that schools can follow whether they’re holding remote or in-person […] 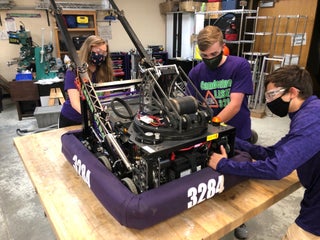 A woman studying science posted a video on TikTok of “live footage of being a woman in STEM [science, technology, engineering, and mathematics].” Claire McDonnell’s recording of a call with her peers shows her repeatedly being interrupted by men. McDonnell, 22, is one of four women studying a graduate science […] 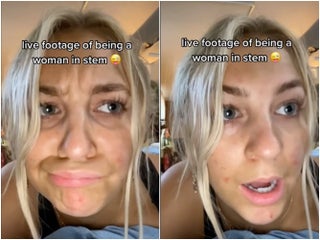 LinkedIn released its annual report of the 15 top emerging jobs in 2020. These jobs have seen high annual growth over the last five years. Many jobs – including full stack engineer and back end developer – are in engineering. Visit Business Insider’s homepage for more stories. Artificial intelligence experts […] Technology is becoming ever more important in the digital workplace of the 21st century. Using data from the Department of Labour, we found 30 high-paying, fast-growing jobs that rely on skills and knowledge from the STEM disciplines. Visit Business Insider’s homepage for more stories. The 21st century workplace is increasingly […] AI is coming for white-collar tech jobs. Here’s what that will mean for your pricey STEM degree.

White-collar, college-educated workers in business, tech, and finance are at greatest risk of having artificial intelligence impact their jobs, according to a new study from Brookings. The report raises questions on how profitable or employable STEM (science, technology, engineering, and mathematics) college graduates will be in the future. STEM grads […] Boulder, San Jose, and… Ann Arbor? These are America’s top 12 tech hubs, according to Bloomberg

Silicon Valley has long dominated the market for tech talent in the United States. But according to Bloomberg’s 2019 Brain Concentration Index, there are plenty of smaller cities across the country giving the tech hub a run for its money. Cities on the index are ranked out 100 based on […] Mercedes-Benz and Mattel have joined forces to combat gender stereotypes — and to give away 50,000 classic Matchbox cars

Mercedes-BenzUSA and Mattel have partnered to enhance STEM instruction and support it for young women. The companies, in collaboration with several other partners, have commenced a “No Limits” program, which began on Friday. Mattel and MBUSA are giving away 50,000 special Matchbox Mercedes 220SEs, celebrating racer Ewy Rosqvist’s 1962 win […] For the first time in 70 years, American leadership in science and technology, which has underpinned our economic growth and national security since the end of World War II, is facing a serious challenge. The challenge comes primarily from China, at once a strategic competitor and one of our most […] Female school leavers applying for undergraduate degrees in engineering, IT and construction at the University of Technology Sydney (UTS) will be given an extra 10 points on their Australian Tertiary Admission Rank. The move is designed to increase the number of women in the STEM (science, technology, engineering and mathematics) […] Camille Schrier, a biochemist, won the Miss Virginia pageant on June 22 after performing a chemistry experiment during the talent portion of the competition. She demonstrated the catalytic decomposition of hydrogen peroxide, culminating in a colourful explosion of foam. An advocate for women in STEM, Schrier is pursuing a doctor […] Salesforce gives leaders of a team of 30 or more people a scorecard to track how often they promote and hire women. To date, the company is 31.6% female, up from 30.1% two years ago. Tony Prophet, the company’s chief equality officer, said the practice allows managers to actively address […] These are the 10 least innovative states in the U.S.

Innovation is often centered in the U.S. in big cities located on the coasts, such as Silicon Valley and New York. WalletHub recently compiled a ranking of the most innovative and least innovative states in the U.S., based on numerous metrics of human capital and innovation environment. These are the […] Apple CEOTim Cook and Ivanka Trump are visiting schools in Idaho on Tuesday, as part of a join White House initiative to further STEM education. Local media captured video of both Cook and Trump arriving at Wilder Elementary, where they were greeted by a gathering of activists both in support […] This $180 toy robot has virtually limitless activities that teach my kids STEM skills, and it’s a lot of fun

The Insider Picks team writes about stuff we think you’ll like. Business Insider has affiliate partnerships, so we get a share of the revenue from your purchase. Toy companies are trying to keep up with the consumer demand for products that are both fun and educational. With their Dot, Dash, […] The per cent of women in science, tech, engineering, and maths jobs (STEM) was 24% in 2017. Congressman Marc Veasey (D-TX) is introducing a bill into the US House of Representatives that would direct NASA and the National Science Foundation to provide funding for women and girls of colour to […] Science, technology, engineering and mathematics (STEM) are a key element in unlocking the potential of Australia’s school students. However, pupil enrolments in STEM subjects are falling in our schools. According to figures from the Parliamentary Budget Office, it has been to cut $1.9 billion from public education budgets in the […]