Terry Crews has built a career by doing everything from action movies (“The Expendables”) and comedy series (“Brooklyn Nine-Nine”), to being a game-show host (“Who Wants to Be a Millionaire”) and pitchman (Old Spice). But at one point, after playing in the NFL, he was broke and had a job […] Susan Lyne is a founding partner of BBG Ventures, a venture capital firm that invests in startups with at least one female founder. Her career has included leadership roles in journalism, primetime television, and tech. She said she has been driven by opportunities to enact change, and that she made […] CEO Mary Barra has transformed General Motors by cutting unprofitable ventures and investing in the future. Her focus on efficiency and efficacy has driven the decisions she’s made in over 35 years of working at the company. Post-bankruptcy, GM has become consistently profitable, built up a healthy balance sheet, and […] Martha Stewart has had a fascinating career path from model, to stockbroker, to cookbook author, to cooking show cohost with the rapper Snoop Dogg. More than once, it has seemed like Stewart had finally failed – but she always comes back. “I’m not Lenin or Stalin; I don’t have a […] Angela Ahrendts grew Burberry’s brand as its CEO before becoming Apple‘s senior vice president of retail and online stores in 2014. She is Apple’s highest-paid employee, making $US24.2 million in 2017. Throughout her career, she says she has been guided by core values like compassion, humility, and ambition. Angela Ahrendts […] The Dallas Mavericks’ owner, Mark Cuban, had a sometimes fraught relationship with Don Nelson, the team’s former head coach, but now Cuban considers him a friend and mentor. Cuban said when they were discussing players, Nelson taught him that individuals were the worst evaluators of their own talent. From then […] Lin-Manuel Miranda rose to fame for his Broadway musical, “Hamilton” – he worked on the show for years, and it became one of the biggest musicals of all time. Miranda’s unconventional blend of musical theatre and hip-hop, as well as a passion for diverse representation in the entertainment industry, has […] 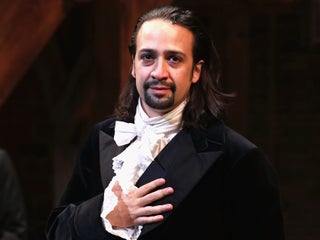 A native of St. Louis, Missouri, Dorsey got his start in business at a young age by developing dispatch routing software used by taxi companies. With an estimated net worth of roughly $US3 billion, his return to Twitter as CEO in 2015 was seen by many employees as similar to […] Billionaire LinkedIn founder Reid Hoffman studied philosophy at Oxford with hopes of becoming an influential public intellectual. He realised that he could have a bigger impact in tech, but kept his ambition. In high school, Hoffman decided his life’s mission would be to “help humanity evolve,” and that he didn’t […] Jay-Z’s entrepreneurial vision has broadened rapidly over the course of his career. The rapper-mogul has founded or owned, among other ventures, a clothing company, a restaurant chain, a sports management firm, two record labels, and the streaming service Tidal. He’s the second richest hip-hop artist in the world, with an […] After getting a brutal rejection, Barbara Corcoran spent 8 minutes writing a powerful email defending herself — and it changed the next 9 years of her life

Barbara Corcoran is a founder of the real-estate behemoth The Corcoran Group. In 2008, she was offered a position on ABC’s “Shark Tank” — only to have the offer rescinded. So she took about eight minutes to write a powerful letter to the studio owner that persuaded him to give […]