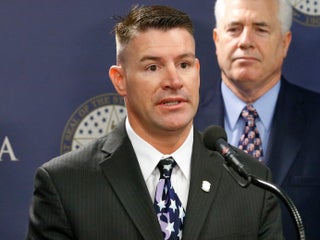 VIDEO: At a rally in North Carolina on Wednesday evening Donald Trump responded to the controversy over a tweet that was sent from his account over the weekend. The original tweet featured an image of Hillary Clinton with hundred-dollar bills and a six-pointed star with the words "most corrupt candidate ever!" Hillary Clinton on the uproar over Donald Trump’s tweet: ‘He’s peddling lies and blaming others’ Star of David much?