Travellers are flocking to villas on the glitzy Caribbean island of St. Barts for weeks at a time, and it’s partially because of how well the island responded to the pandemic

St. Barts, a Caribbean island known for attracting billionaires and socialites, reopened for tourism on June 22. As of late July, the island had just eight reported COVID-19 cases, none of which were fatal. All visitors are allowed entry onto the island as long as they present a negative COVID-19 […] 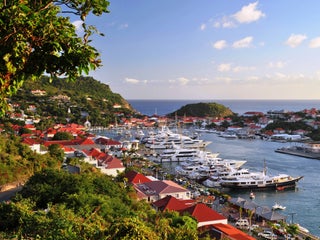 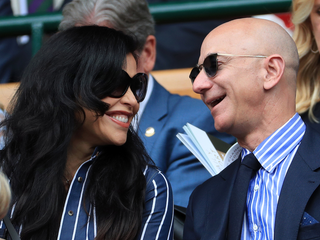 St. Barts has long been a preferred holiday spot for the rich and famous, and a number of billionaires just arrived on the ritzy island via superyacht to celebrate New Year’s Eve, according to Forbes. MarineTraffic, a ship-tracking website, shows other notable superyachts docked at nearby Sint Maarten, the Dutch […] 15 photos that show why St. Barts is a favourite travel destination for the wealthy HOUSE OF THE DAY: Steve Martin Is Selling His Spectacular St. Barts Villa For $11.4 Million

With a 180-degree panorama view of St. Jean Baie. Check Out Phil Falcone’s Breathtaking St. Barts Estate Mentioned In The SEC Complaint Against Him [credit provider=”CHRISTOPHER MACSURAK on flickr” url=”http://www.flickr.com/photos/macsurak/6594561311/in/photostream/”] The natural beauty and exclusivity of Saint Barthèlemy, along with its distinctly French sex appeal, make it one of the world’s playgrounds for the rich.So obviously bankers love it.

HOUSE OF THE DAY: A Private Villa In Chic St. Barts For $19.4 Million

[credit provider=”Curbed.com ” url=”http://curbed.com/archives/2012/03/27/stylish-st-barts-retreat-finally-reveals-its-skyhigh-price-tag.php”] A St. Bart’s villa that has been on the market for a few years, always listed as “Price Upon Request,” has now lifted its curtain of secrecy and revealed that it’s asking $19.4 million, according to Curbed. The house has three bedrooms and sits on a half […] No Financial Troubles On St. Barts For Moammar Khadafy’s Son

So, we’ve told you a bit about St. Barts. First, the hotel owners thought no one was coming and were reduced to begging their regulars to fly down and please bring friends. Guess it worked because the island was packed over the holidays. And, when an island is packed with […] Remember a couple of weeks ago when we told you that hotels in St. Barts were calling prospective guests and asking them to please stay in their underbooked resorts? Well apparently those calls were either premature or unnecessary. The billionaires showed up and partied like there was no recession at […] The latest sign of the recession: the usually-impossible-to-get-into hotels in St. Barts are actually soliciting guests to fill their empty rooms and offering low rates for them.