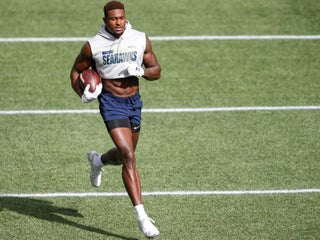 T-Mobile has shared more information behind the cause of Monday’s outage, saying the problems were the result of a circuit failure from a third-party provider in the Southeast. The carrier is working with vendors to “add permanent additional safeguards” that would prevent such an issue from happening again, according to […] 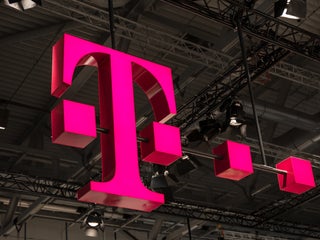 T-Mobile customers around the US were experiencing outages on Monday afternoon. The service tracker Downdetector had 93,000 reports T-Mobile outages by 3 p.m. ET on Monday. Phone users also reported issues with their cell service on social media. T-Mobile said at the time its engineers were “working to resolve a […] 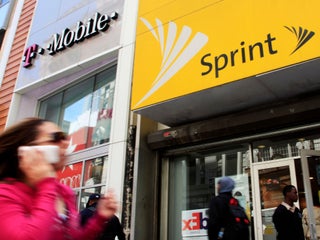 If your internet goes down while you’re working from home, the first thing you can do is turn your smartphone into a WiFi hotspot as a quick, temporary backup. If you’re concerned about keeping a stable internet connection while you’re working, you and your employer may look into investing in […] 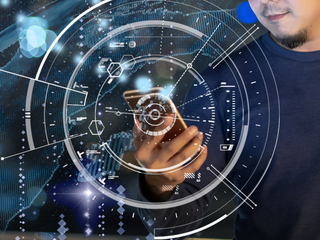 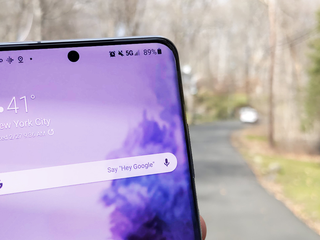 SoftBank’s third-quarter earnings revealed a 99% drop in third-quarter profits. However, investors sent the Japanese conglomerate’s stock up 12% on Wednesday. The rally was due to a judge approving the merger of SoftBank-owned Sprint and T-Mobile. Sprint stock skyrocketed 78% on Tuesday, netting SoftBank more than $US12 billion. Visit Business […] SoftBank made about $US12 billion after Sprint’s stock price rocketed more than 70% on Tuesday. The Japanese conglomerate is Sprint’s parent, owning nearly 85% of the wireless carrier’s shares. The stock surge boosted the value of SoftBank’s holding from about $US17 billion to $US29 billion. Sprint’s shares shot up after […] The potential merger of T-Mobile and Sprint passed a major hurdle on Tuesday when a US District Judge ruled in favour of the merger. The merger was getting pushed back by several State Attorneys General who claimed that a merger between T-Mobile and Sprint would stifle competition and lead to […] Sprint stock rocketed more than 60% in pre-market trading on Tuesday. The rally came after The Wall Street Journal reported a federal judge will approve Sprint’s mega-merger with T-Mobile. The two mobile carriers agreed to merge in April 2018, but authorities worried the deal would reduce competition and raise prices. […] How to delete your Google Voice number, and what it means for your account Personal information from thousands of Sprint, AT&T, Verizon, and T-Mobile customers was accidentally left exposed — here’s how to check if you were affected

The personal data of hundreds of thousands of cell subscribers was left exposed on an unprotected server. The exposure, first reported by TechCrunch, occurred after a contractor working with Sprint left subscribers’ phone bills unprotected on a server hosted by Amazon Web Services. Phone bills affected by the exposure belonged […] T-Mobile activated its nationwide 5G network on Monday that covers up to 200 million Americans in over 5,000 towns. So far, T-Mobile’s 5G network is the most expansive and inclusive compared to other carriers’ 5G networks, which only cover parts of certain cities. You can check whether you’re in a […] T-MobileCEO John Legere is in talks with WeWork about taking over as its CEO, The Wall Street Journal reported Monday, citing people familiar with the matter. Shares of T-Mobile fell as much as 2.9% on the news. Sprint, which is in the process of merging with T-Mobile, also fell as […] A bunch of people mysteriously received text messages in the middle of the night that were originally sent on Valentine’s Day, and it caused a lot of confusion

Several smartphone users in the United States received text messages early Thursday that the sender said they never sent or sent months ago. Sprint said the issue was the result of a maintenance update that occurred overnight and caused old messages to be resent for some customers. Many of the […] As part of Softbank’s takeover deal with WeWork, Softbank is cleaning house. Ousted CEO Adam Neumann is being offered a lucrative pay package that will also see him resign from his chairman role and sever most of his ties. The two co-CEOs who replaced him a few weeks ago are […] T-Mobile’s John Legere called Dish CEO Charlie Ergen in May to save its proposed $26.5 billion takeover of Sprint, according to report

On Friday, the Justice Department cleared a landmark deal to combine T-Mobile and Sprint while Dish will become a fourth US wireless company. According to a new profile published in the Wall Street Journal of Dish’s CEO Charlie Ergen, serious talks between the three companies started in May and continued […] T-Mobile has received clearance from the DOJ to complete its $26.5 billion merger with Sprint

The Department of Justice on Friday agreed to clear T-Mobile‘s purchase of Sprint if the company sells some spectrum and wireless assets to Dish Network. Shares of both Sprintand T-Mobile surged on the news. The DOJ and five US states agreed on a settlement with the companies that would require […] How to unlock a Google Pixel phone, so you can switch carrier networks

If you want to use your Google Pixel on a different network – like switching from Sprint to Verizon – you might have to unlock it. All Pixel phones bought through the Google Store automatically come unlocked, so you don’t have to worry about unlocking those – you’re already free […] Sprint fell nearly 4% on Thursday after The Wall Street Journal reported merger discussions with T-Mobile have slowed. The Justice Department will only allow the deal if both companies give a fourth competitor enough resources to compete in the telecom sector. Dish Network is the current frontrunner to occupy that […]