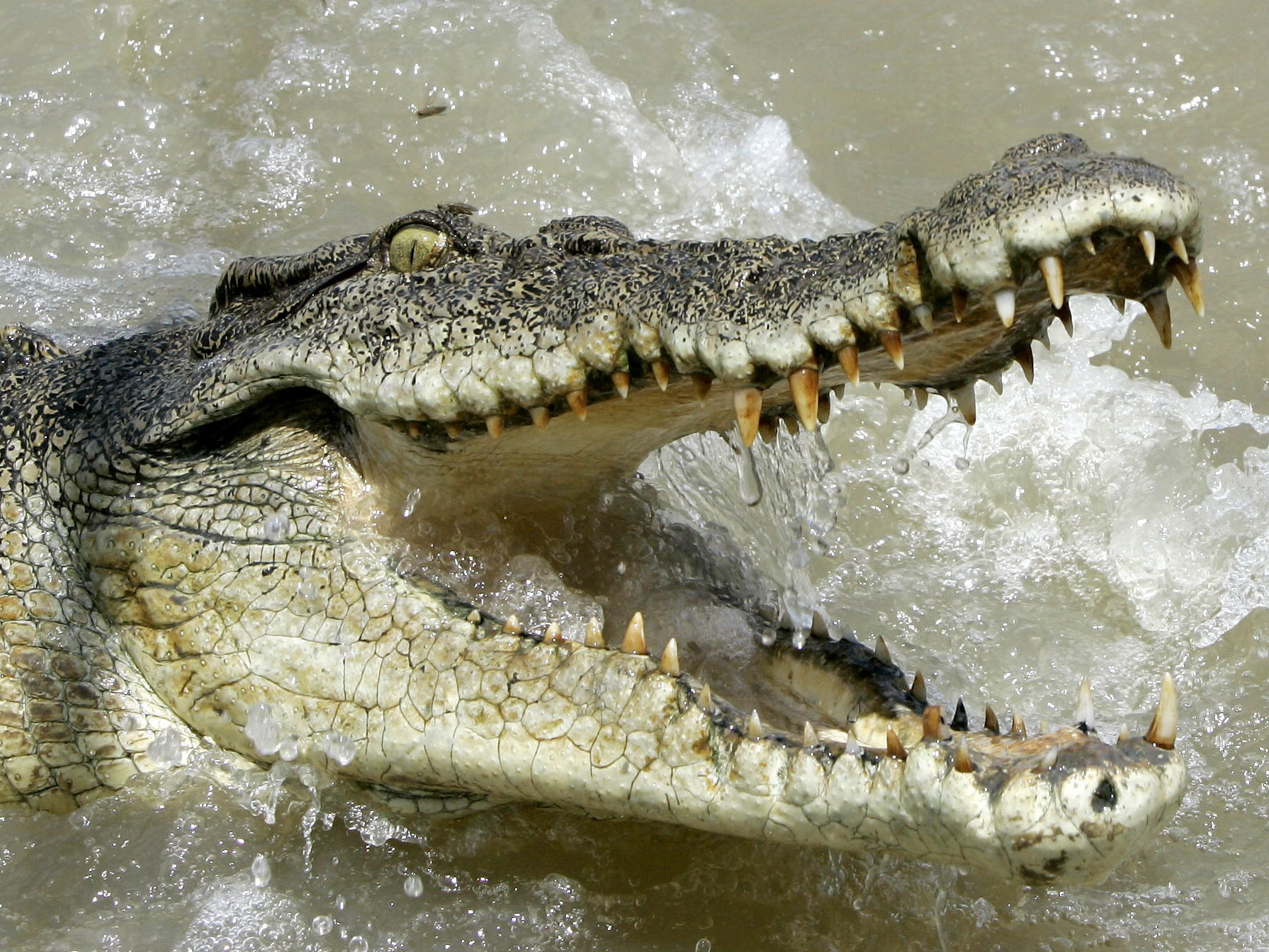 Bedbugs and spider bites can both make you itch. Here’s how to tell which one you have.

Waking up with bites in the morning is never a great feeling, but it's important to note which bug they came from. Here's how to tell the difference. 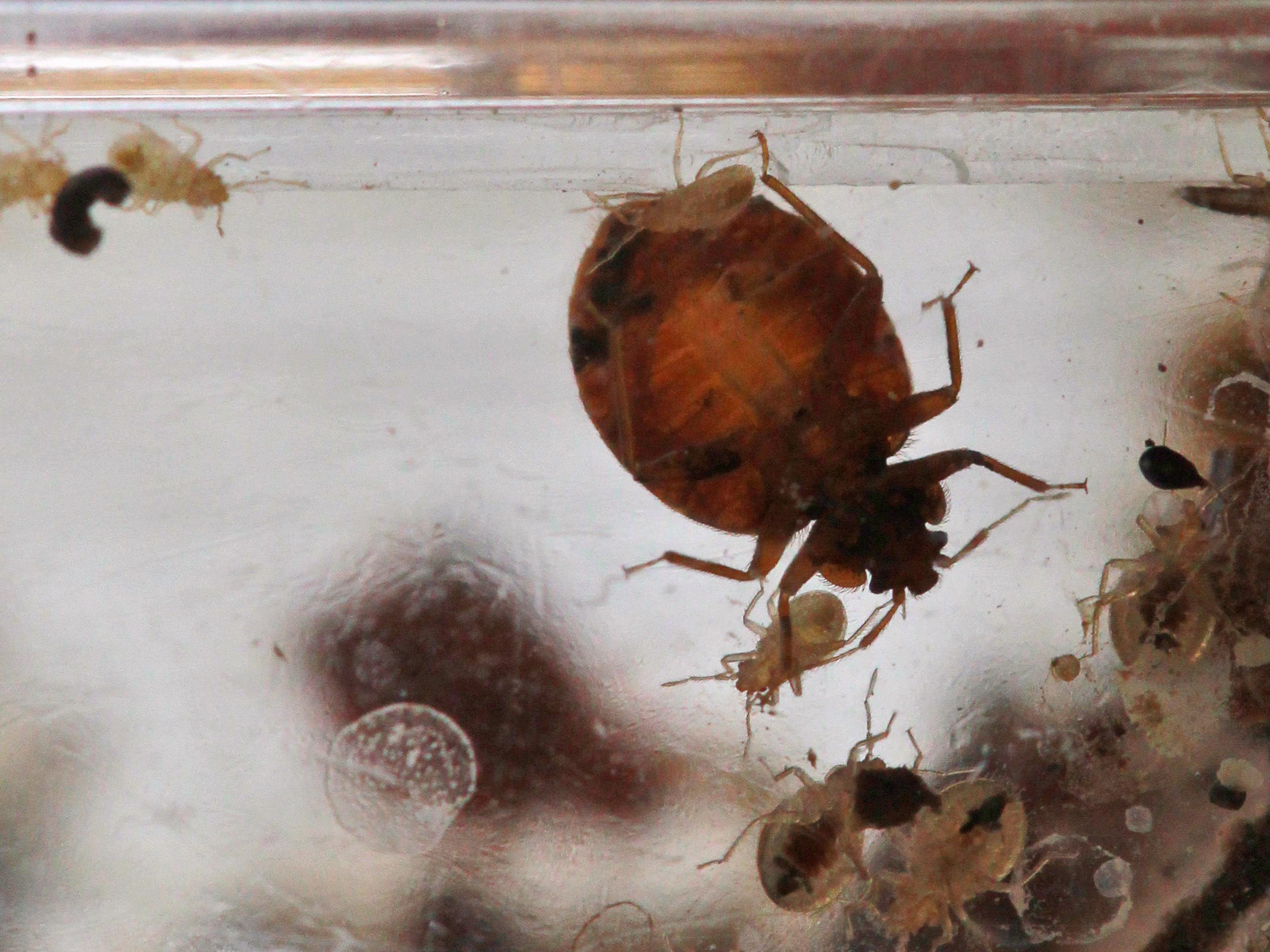 Spiders in Australia have covered the countryside in webs, and people can’t decide if it’s creepy or beautiful

Millions of spiders in eastern Victoria wrapped their silks together to get to higher ground, blanketing the region of Gippsland in giant webs. 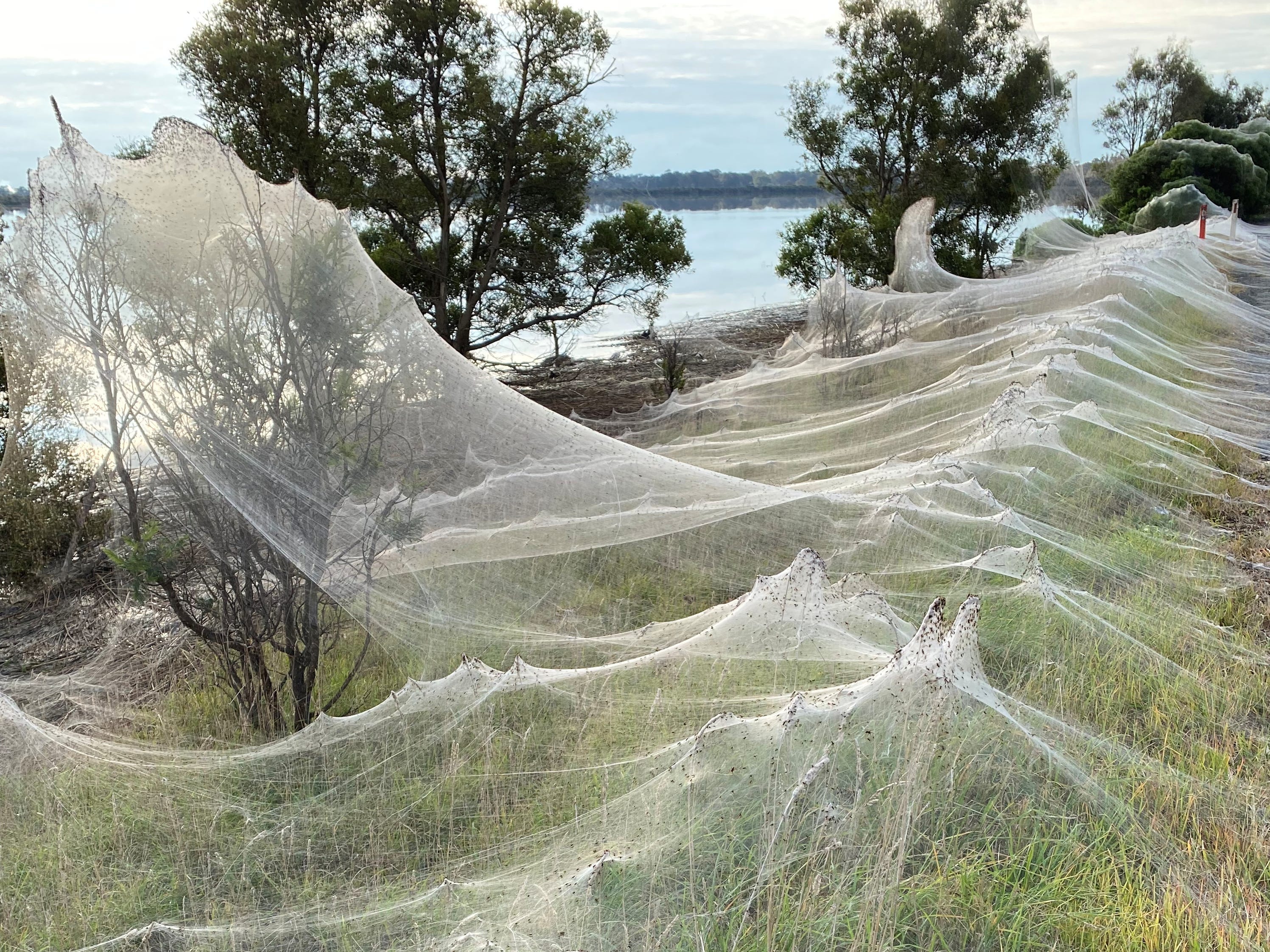 What’s really going on inside an insect-munching Venus flytrap

Venus flytraps catch prey faster than you can blink. When a bug brushes against trigger hairs, electrical signals tell the two pads to slam together. 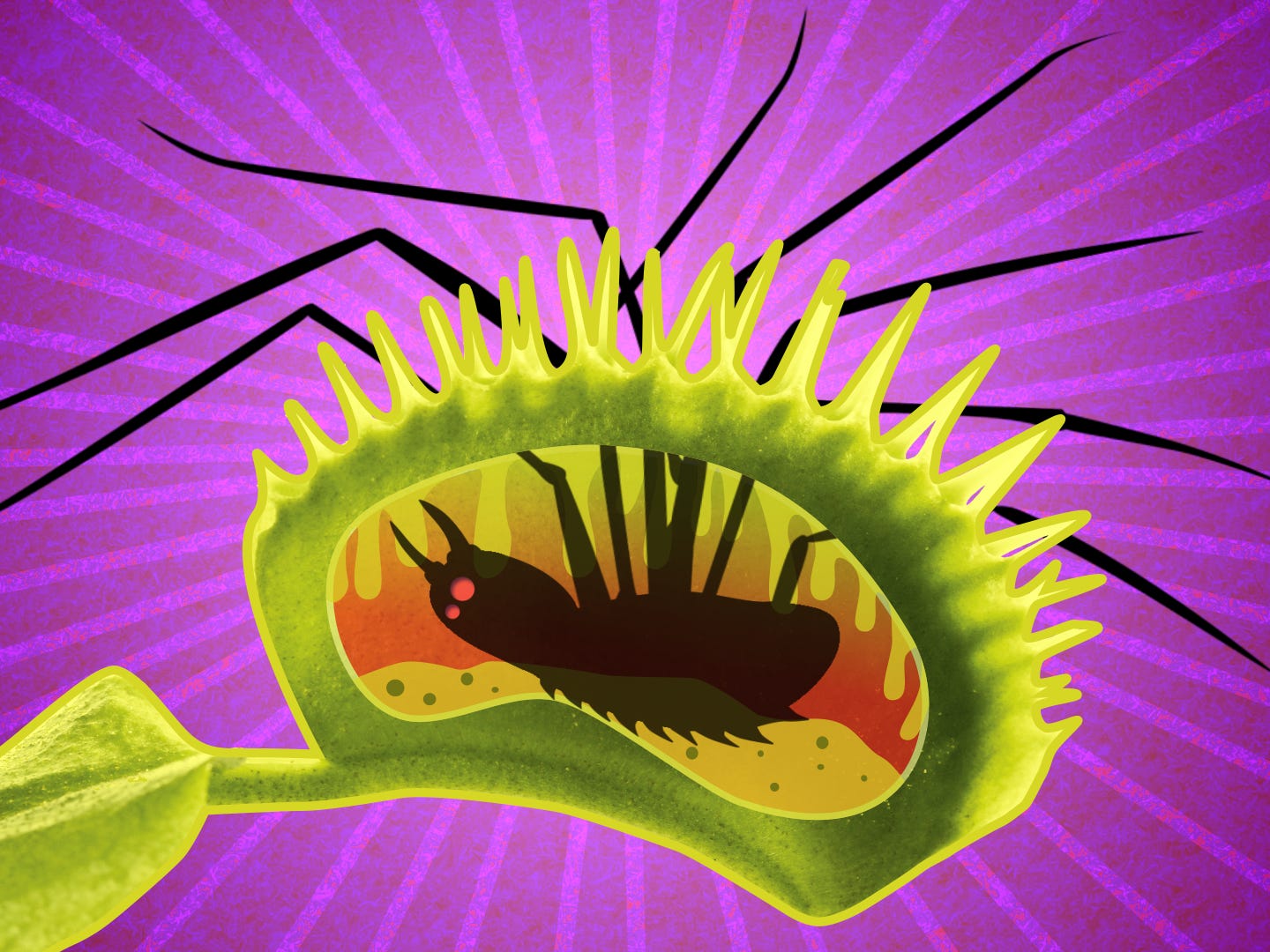 Spider silk has been used by humans for thousands of years It’s tougher than Kevlar, more flexible than nylon and thinner than a single strand of human hair, One type in particular, dragline silk, has been identified as a potential material to be used in the medicinal field in a […]

The Nikon Small World contest highlights the best microscope images taken each year. Some of the photos in the 2019 cohort showcase spiders, lice, larvae, and fish skeletons in rarely seen detail. Here are the creepiest microscope photos from this year’s contest. Visit Business Insider’s homepage for more stories. Most […]
News Oct. 11, 2019, 4:03 AM

Thousands of tarantulas are emerging from the ground in the San Francisco Bay Area, looking for mates

A spate of warm weather in the San Francisco Bay Area has extended the tarantula mating season. Hikers have reportedly seen male spiders skittering across roads and paths in search of females. Tarantulas, though creepy-looking to some people, are not dangerous to humans. Visit Business Insider’s homepage for more stories. […]
News Oct. 1, 2019, 2:02 AM

What’s really going on inside an insect-munching venus flytrap

Venus flytraps rarely catch flies, despite their name. Instead, they mostly catch spiders, ants, and other critters that can’t fly. The trap itself is made of modified leaves containing three trigger hairs. When a spider walks by and brushes against these hairs, it sends off an electrical signal. That signal […]
News Aug. 30, 2019, 7:29 AM

Kim Kardashian found 3 terrifyingly large tarantulas in her Calabasas home, and there could be more of them on the way

On Wednesday, Kim Kardashian-West posted pictures on her Instagram story of three tarantulas in the garage of what appears to be her Calabasas, California, home. She said she “won’t be able to sleep” knowing they are in her garage and she also said it’s apparently mating season. She’s right. It’s […] Susie Torres, from Kansas, City, Missouri, went to the doctor on Tuesday thinking she had water in her left ear. Instead, doctors found a dime-sized, venomous, brown recluse spider living there. Thankfully, the spider didn’t bite Torres, or lay any eggs. Visit INSIDER’s homepage for more stories. A Missouri woman […] You’re more likely to be killed by a dog or cow in the US, than a shark or crocodile. Here’s where the 11 deadliest animals live.

Animals kill just over 400 people in the US on average each year. Mountain lions, sharks, and crocodiles might look the most threatening, but they’re not as likely to kill you compared to backyard animals like dogs and cows. Deer-related car accidents are responsible for about 200 deaths each year, […]
News Jan. 3, 2019, 3:05 AM

The cops showed up when a man in Perth was heard screaming: ‘Why don’t you just die?’ — that’s when things got really scary

Police in a suburb of Perth, Australia, received a call on Wednesday about a toddler screaming and a man shouting “Why don’t you just die?” When Wanneroo police arrived on scene, they found a man “trying to kill a spider.” Police shared the police log of the incident on Twitter […]

There are more than 40,000 different types of spiders in the world. Itching, redness, and swelling are among the most common signs of a spider bite. Spider bites should be cleaned with warm water and mild soap promptly to avoid infection. In the case you’ve been bitten by a poisonous […]

Spiders are blanketing a Greek town in webs, and the pictures are incredible

Lake Vistonida is the second Greek town to experience a wave of massive spiderwebs in autumn 2018. This phenomenon is not a rare occurrence in the area – according to scientists, it happens every three to five years when it gets unseasonably warm and humid. An abundance of mosquitoes and […]

Veterinarians at Newark Veterinary Hospital in Ohio treated a tarantula named Spidey. Spidey got tangled in duct tape, and his owner was worried that they would pull off his legs by removing it. The vets used tape-remover spray to safely detach the tape. A video of Spidey’s rescue is going […]

How insects are trained for TV and movies

Movies will often use live bugs on camera instead of CGI to make their story feel more real and to get your skin crawling. But getting these insects to do what you want requires lots an understanding of how they function. That’s where Steven Kutcher comes in. He’s an entomologist […]
Tech May. 20, 2018, 1:00 AM

Bolt Threads is a biotech company based in Emeryville, California, that produces sustainable materials to supply the apparel industry. Among these materials are a synthetic spider silk called Microsilk, developed without the help of spiders, and a newly-announced synthetic leather material called Mylo derived from the root structure of mushrooms. […]
US Jul. 3, 2017, 12:00 AM

What happens when a tarantula meets its worst predator

Spiders eat up to 800 million tons of prey each year, more than all humans weigh

Don't look now, but there's probably a spider...
Next Page »