What may have worked better for Snap, in contrast to Meta, is that it has star-appeal for young social media fans, one analyst said. 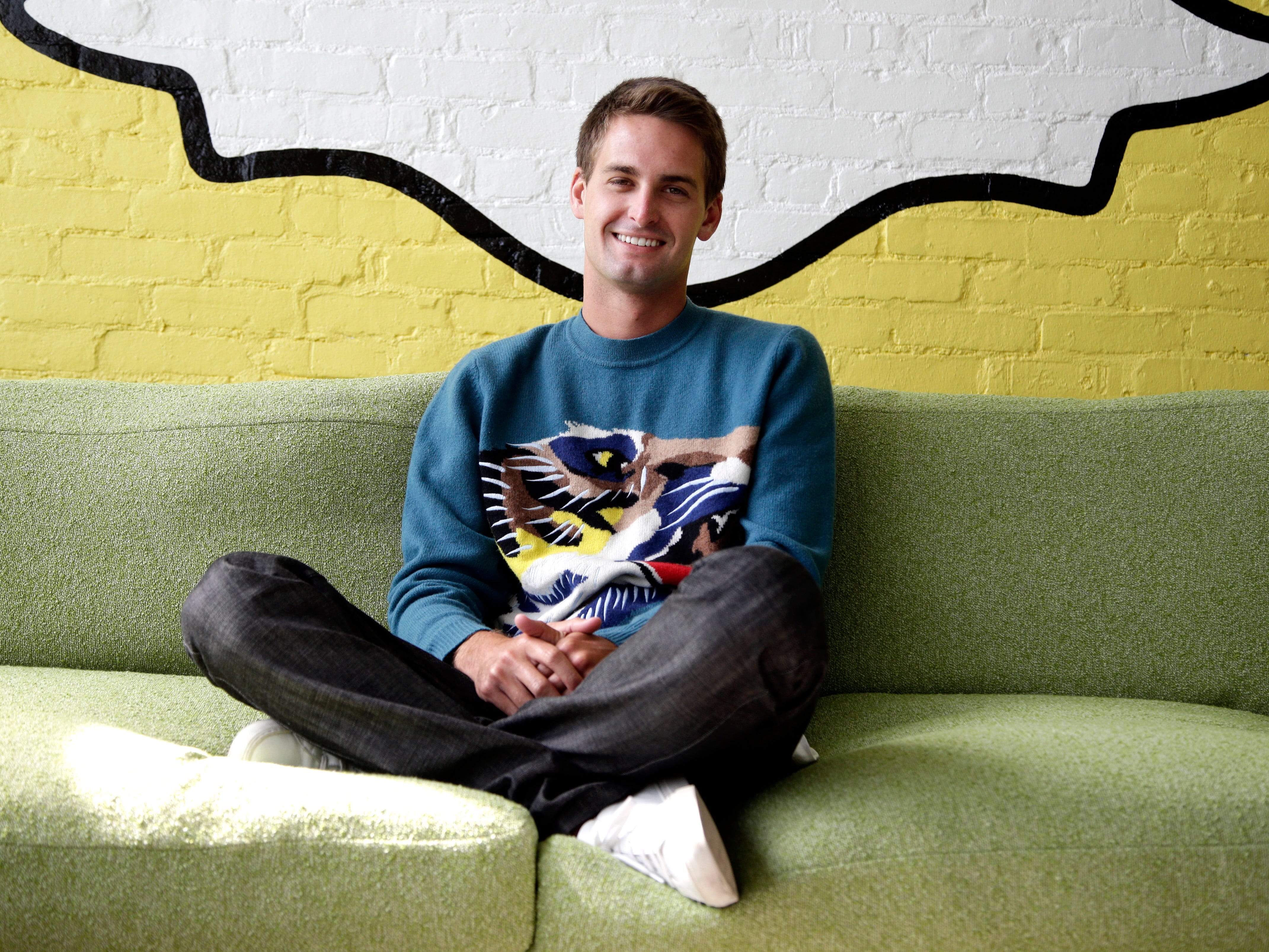 Snap rallied as much as 7% on Monday after unveiling Spotlight, a new Snapchat feature set to compete with TikTok and Instagram Reels. The jump placed shares above the previous record-high set on November 6. The service will allow users to submit snaps to be featured in a reel of […] 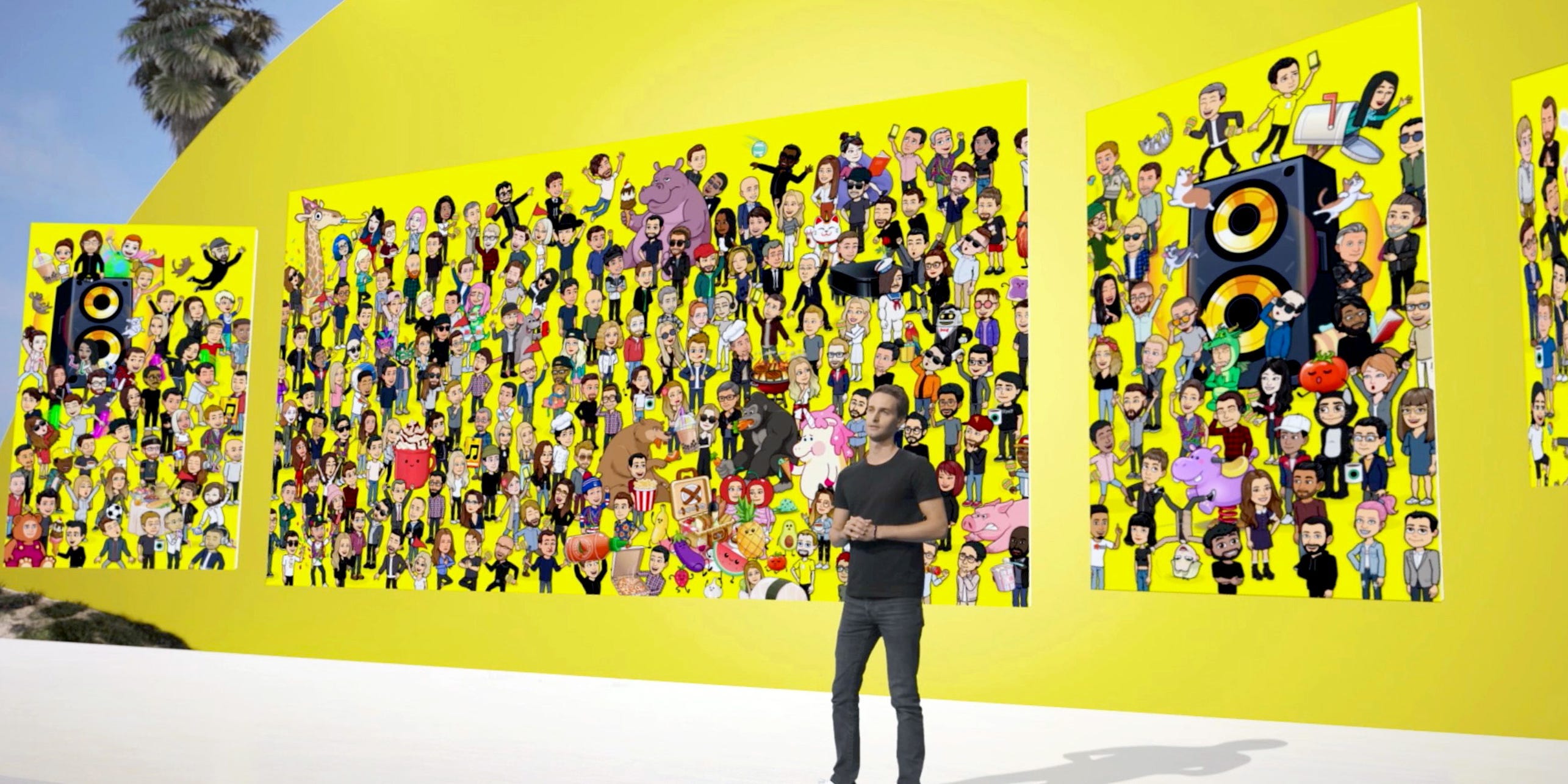 Snap shares surged as much as 26% on Tuesday after the company’s first-quarter report showed 20% year-over-year user growth and better-than-expected profits. The Snapchat-parent posted $US462.5 million in revenue through the period, about $US140 million more than in the year-ago period. Daily active user growth was its highest since 2017 […] 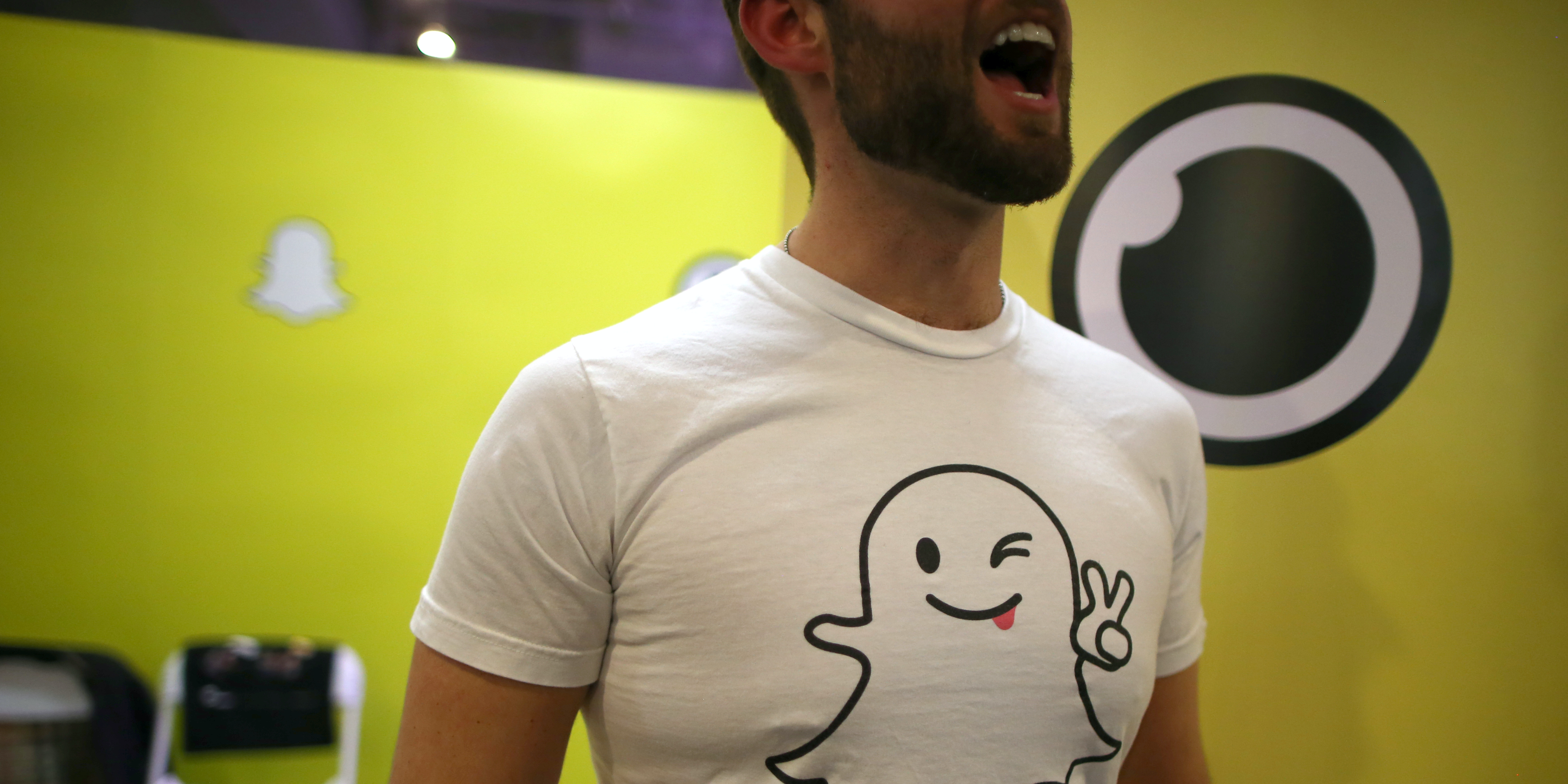 Snap, the owner of popular photo-messaging app Snapchat, got a new pair of Wall Street-high price targets on Tuesday. Aegis Capital raised Snap’s price target to $US24 from $US19, the highest on Wall Street, and reiterated its “buy” rating on the stock. Guggenheim Partners upgraded the company to a “buy” […]
Markets Feb. 7, 2019, 1:14 AM

Snap beat on both the top and bottom lines. The company also said its daily active-user count stabilised in the period after two quarters of decline. Snap shares under pressure over the past year as the company lost popularity following its redesign and had to deal with sustained pressure from […]
Markets Jan. 25, 2019, 5:19 AM

Snap‘s price target was slashed from $US7 to $US5 at Morgan Stanley. The bank maintained its “underweight” rating. Morgan Stanley was the lead underwriter for Snap’s initial public offering in March 2017. When the firm issued its first research note on Snap, it had a $US28 price target and “overweight” […]
Markets Jan. 17, 2019, 2:25 AM

Snap’s CFO is bolting. Here’s what Wall Street is saying about a ‘clear negative’ for the company

Snap shares plunged Wednesday after the company said CFO Tim Stone was leaving to “pursue other opportunities.” The announcement marked the second CFO exit in eight months, and is the latest in a slew of key executive departures over the past year. The reaction from Wall Street analysts who cover […]
Markets Jan. 8, 2019, 4:01 AM

Snap was downgraded at Pivotal Research after analyst Brian Wieser said it may need to give out more stock to keep key employees. The social-media company has recently seen a string of executive departures as it contends with large financial losses, a plunging stock price, and a declining user base. […]
Markets Dec. 15, 2018, 3:07 AM

The New York Stock Exchange reportedly used stand ins when it attempted to lure Snap‘s initial public offering, the New York Post reported Friday. Executives at the Big Board ordered dozens of employees to head down to the trading floor to make it look busier than it really was in […]
Markets Nov. 15, 2018, 1:45 AM

Snap revealed that it has responded to subpoenas from the DOJ and SEC on issues related to the company’s IPO disclosures, according to Reuters. Investors allege that Snap misled the public about how competition from Facebook’s Instagram service had affected the company’s growth, Reuters said. Snap has been struggling this […]
Markets Aug. 25, 2018, 2:13 AM

Snap is on track to break its 8-day losing streak

‘The redesign of the redesign is getting traction’: Snap’s user growth is looking up

Snap’s user growth looks solid, at least for the moment, Deutsche Bank analyst Lloyd Walmsley said. Shares have been rallying over the past week, with some positive Wall Street commentary helping. Watch Snap trade in real time here. Snap‘s user growth is looking up, according to Deutsche Bank. “Snap’s user […]
Markets Jun. 6, 2018, 1:17 AM

Snap is rallying for a 5th straight day

Snap is in the midst of a five-day rally. Shares have gained more than 20% in that span. A research note from notorious short-seller Andrew Left sparked the mini run, according to several sources. Watch Snap trade in real time here. Snap is jumping Tuesday, up 3.08% to $US12.70 a […]
Markets Jun. 5, 2018, 4:15 AM

Snap rises after hiring an Amazon veteran as finance chief

Snap is rising Tuesday morning following the departure of its chief financial officer Andrew Vollero. He will be replaced by a 20-year Amazon veteran Tim Stone. Follow Snap’s stock price in real-time here. Shares of Snap rose 1.5% in early trading Tuesday, breaking a five day losing streak, following the […]
Markets May. 3, 2018, 1:28 AM

Snap‘s first-quarter earnings were a disaster, and analysts up and down Wall Street are downgrading the stock. But the company’s future isn’t as bleak as everyone thinks, according to RBC Capital Markets analyst Mark Mahaney. Snap is innovating on its advertising platform, which can draw even more advertisers in, he […]
Markets May. 2, 2018, 11:30 PM

Snap crashes to a record low after its earnings disaster

Snap is set to open Wednesday near a record low after its earnings disaster. The company attributed its revenue miss to the Snapchat redesign. It warned that its second-quarter growth rate will decelerate. Watch Snap trade in real time here. Snap shares are trading lower by 20% and at a […]
Markets Apr. 27, 2018, 12:16 AM

Snap jumps after announcing its new and improved Spectacles

Snap shares are rallying after the company released the details of its new and improved version of its Spectacles. The new version will incorporate things that customers had wanted, according to Snap Senior Vice President of Hardware Mark Randall. Watch Snap trade in real time here. Snap shares are rising […]
Markets Apr. 16, 2018, 11:50 PM

Snapchat usership gets a much needed boost after its devastating redesign

Snap jumps after confirming Spectacles 2.0 — even though the first version was a flop

Snap disclosed Spectacles 2.0 are in the works in a regulatory filing Tuesday. Shares of the company popped 3% when the news hit markets Wednesday. Track Snap’s stock price in real-time here. Shares of Snapchat’s parent company, Snap Inc., popped more than 3% Wednesday after the company confirmed it would […]