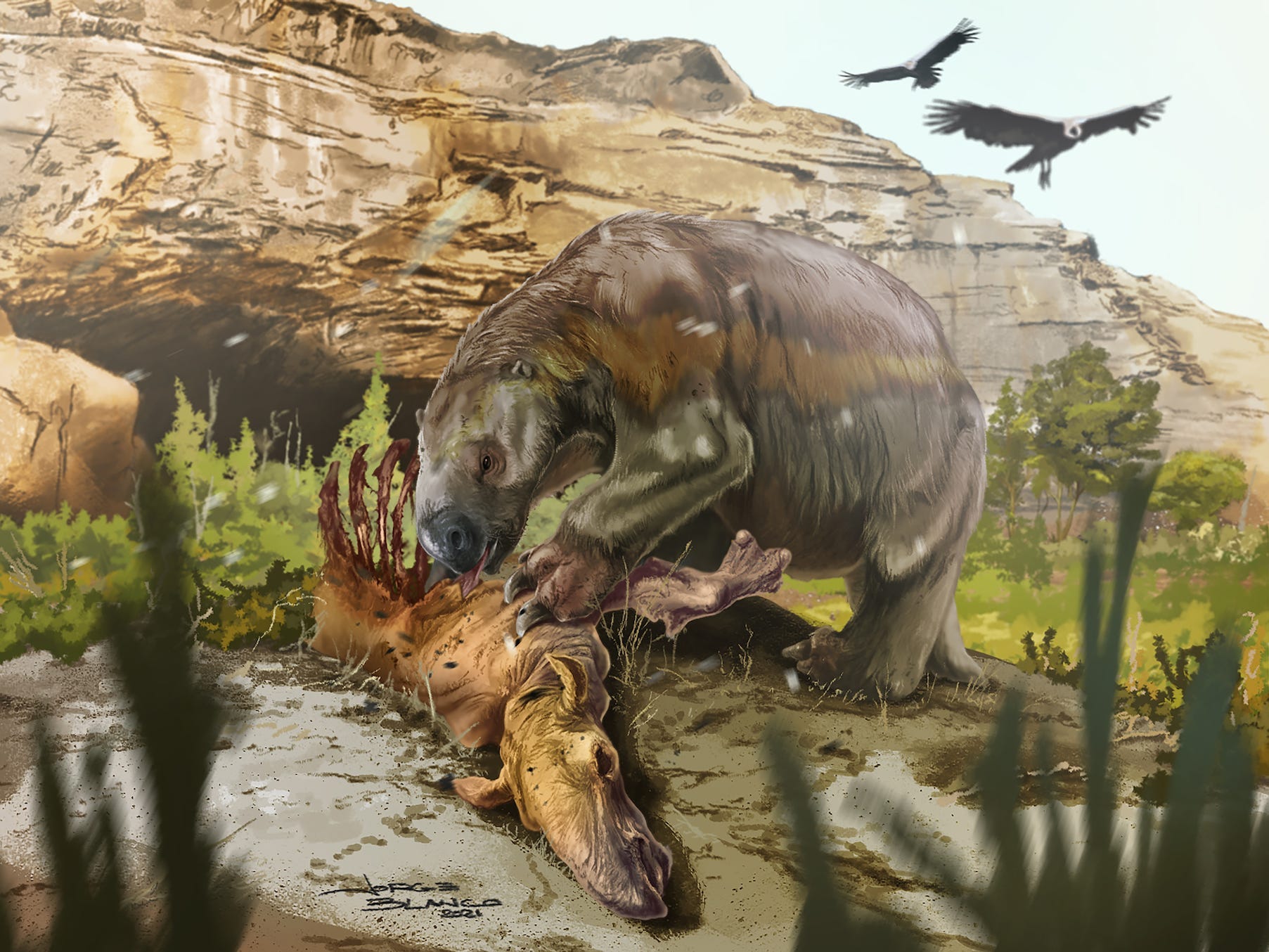 The extreme life of a sloth

Sloths are the slowest mammal on the planet. But they are slow for a very important reason and are perfectly adapted to their environment. Those adaptations make them far from boring and actually quite extreme. Their fur has its own ecosystem and scientists believe it may even be able to […] Celebrities from Michael Jackson to Salvador Dali have popularised the idea of owning exotic animals as house pets. From lions to tigers to bears, some of the exotic animals that are legal to own in the US will surely surprise you. Though it may be legal to own some of […]
News Mar. 8, 2019, 8:08 AM

For the first time ever, scientists have found a site where humans killed and butchered a giant sloth. Humans hunted the giant ground sloth 12,600 years ago in what is now the Pampas region of Argentina. A new study about the finding dispels previous misconceptions about how long giant ground […]
News Mar. 3, 2019, 1:19 AM

Divers found fossils of an ancient giant sloth hidden in a sinkhole. The creature was 20 feet long.

In a sinkhole in Belize, scientists uncovered the remains of an extinct giant sloth. These giant sloths went extinct between 14,000 and 10,000 years ago. They weighed more than an adult elephant. The sloth remains included a 27,000-year-old tooth, arm bone, and leg bone. To excavate them, divers had to […]
News Aug. 5, 2018, 2:00 PM

If you are ever in Costa Rica, you cannot leave without visiting the country’s only Sloth Sanctuary. The Sanctuary takes in abandoned and physically disabled sloths, rescuing the animals and giving them a new chance at life. The Sanctuary offers guided tours and the opportunity to learn about the two […]
News Jan. 14, 2018, 8:00 PM

The BBC just released the trailer for its second season of the docu-series Planet Earth.