The SEG Plaza in downtown Shenzhen, began inexplicably shaking on Tuesday afternoon, prompting a mass emergency evacuation of the building. 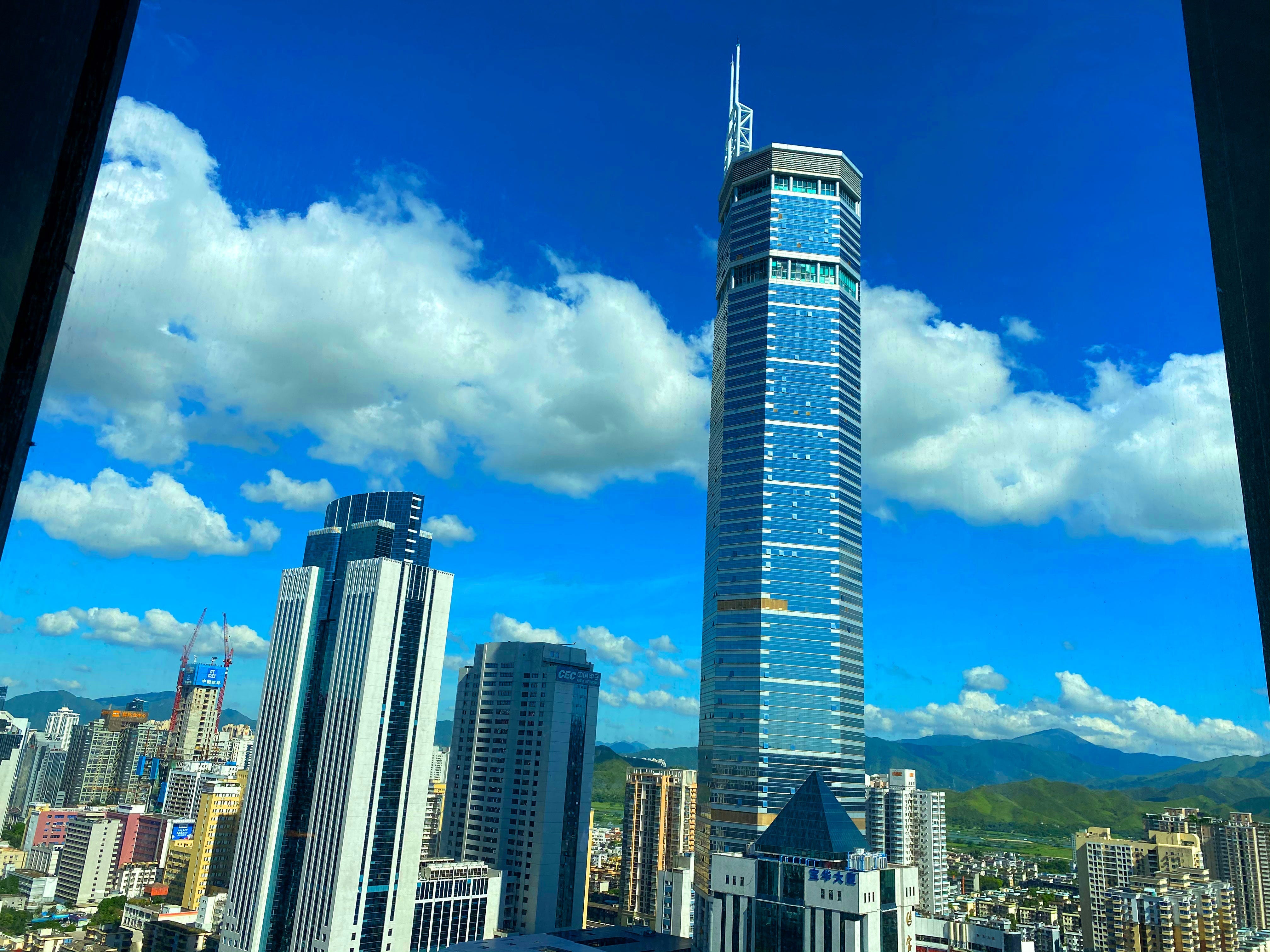 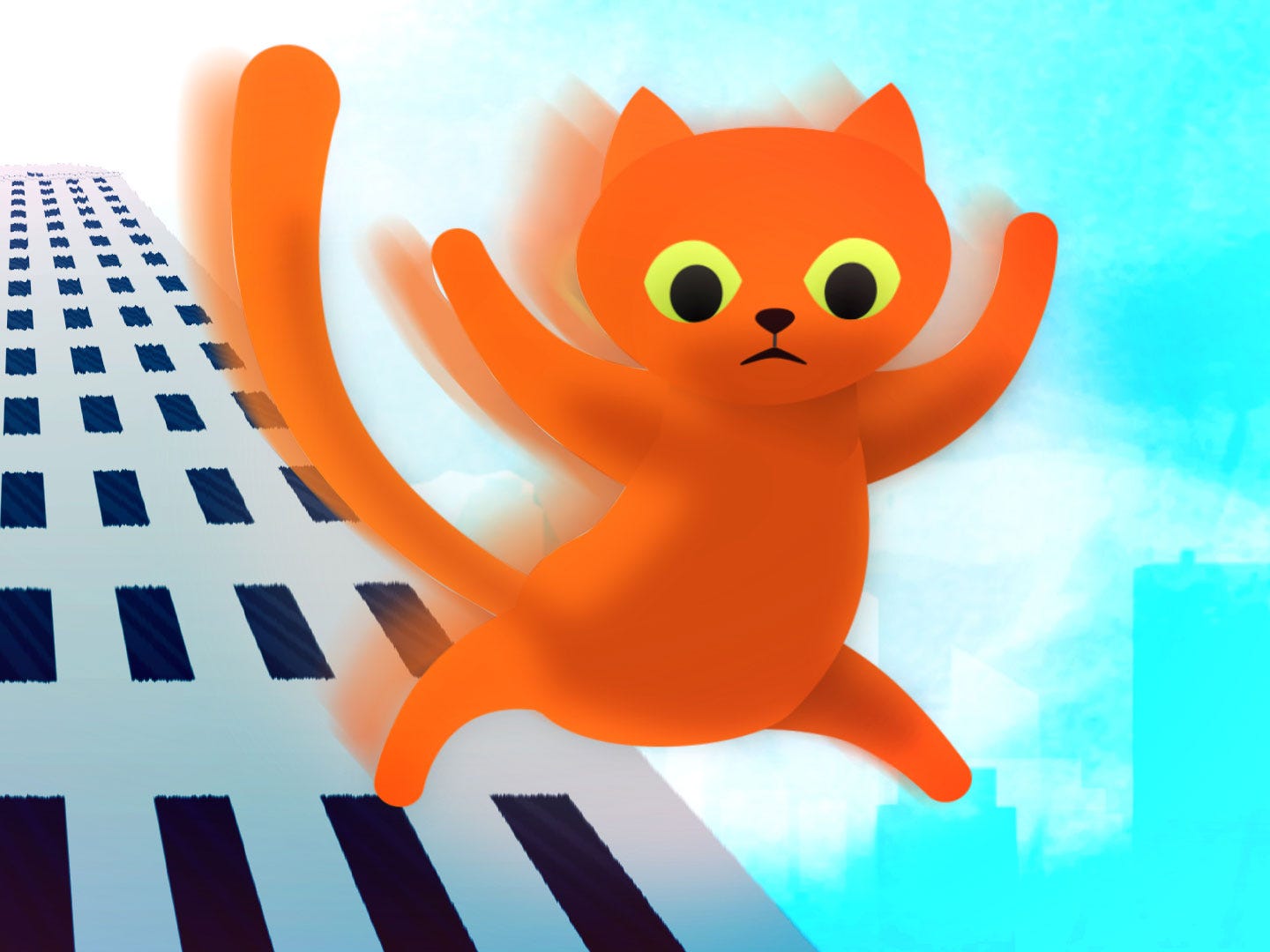 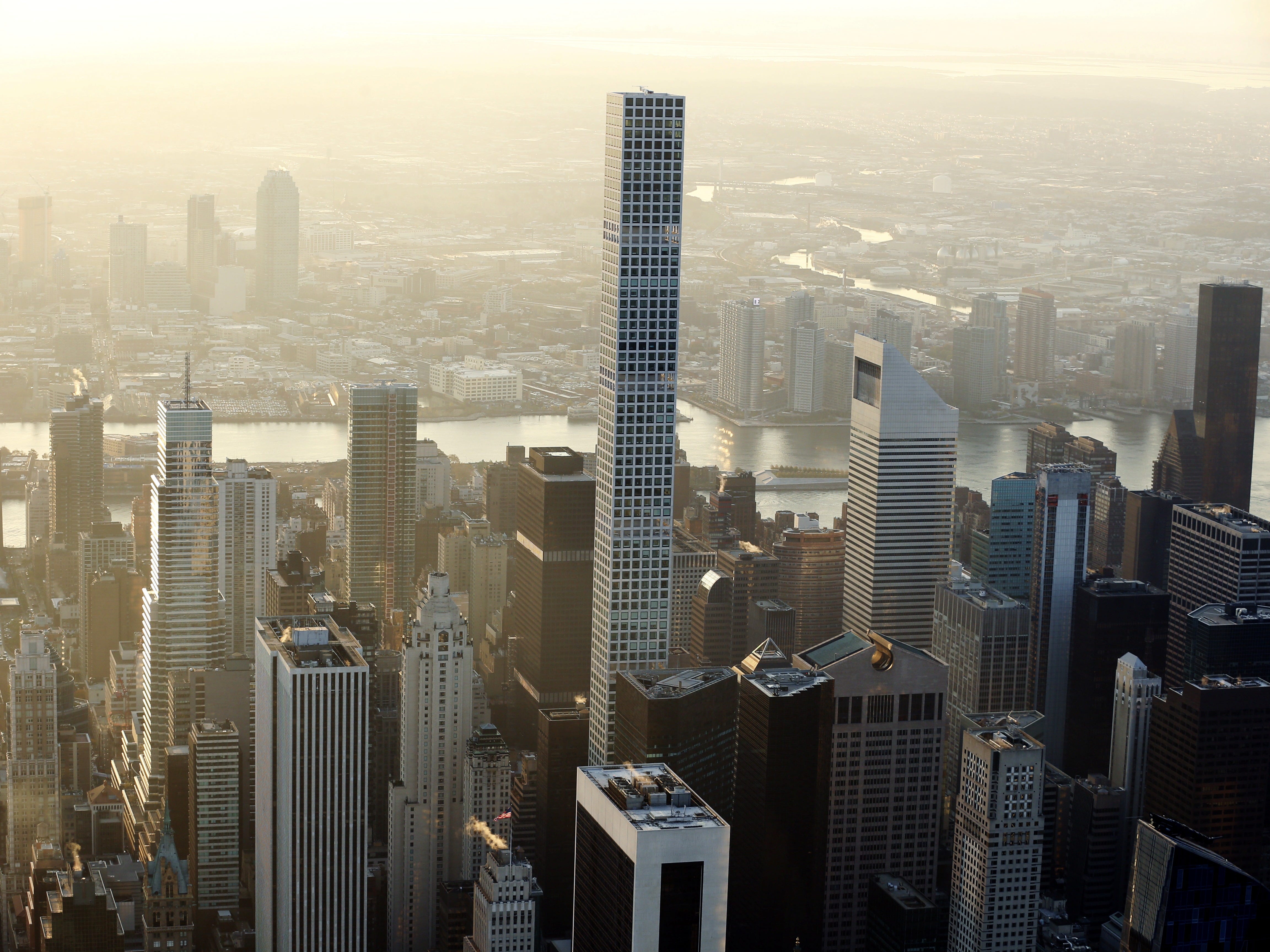 Zaha Hadid Architects has revealed the design for a 36-story glass tower in Hong Kong inspired by a budding flower. Set to open by 2022 on a city block in Hong Kong Central, according to design magazine Dezeen, the tower will serve as an urban oasis. Here’s an early look […] 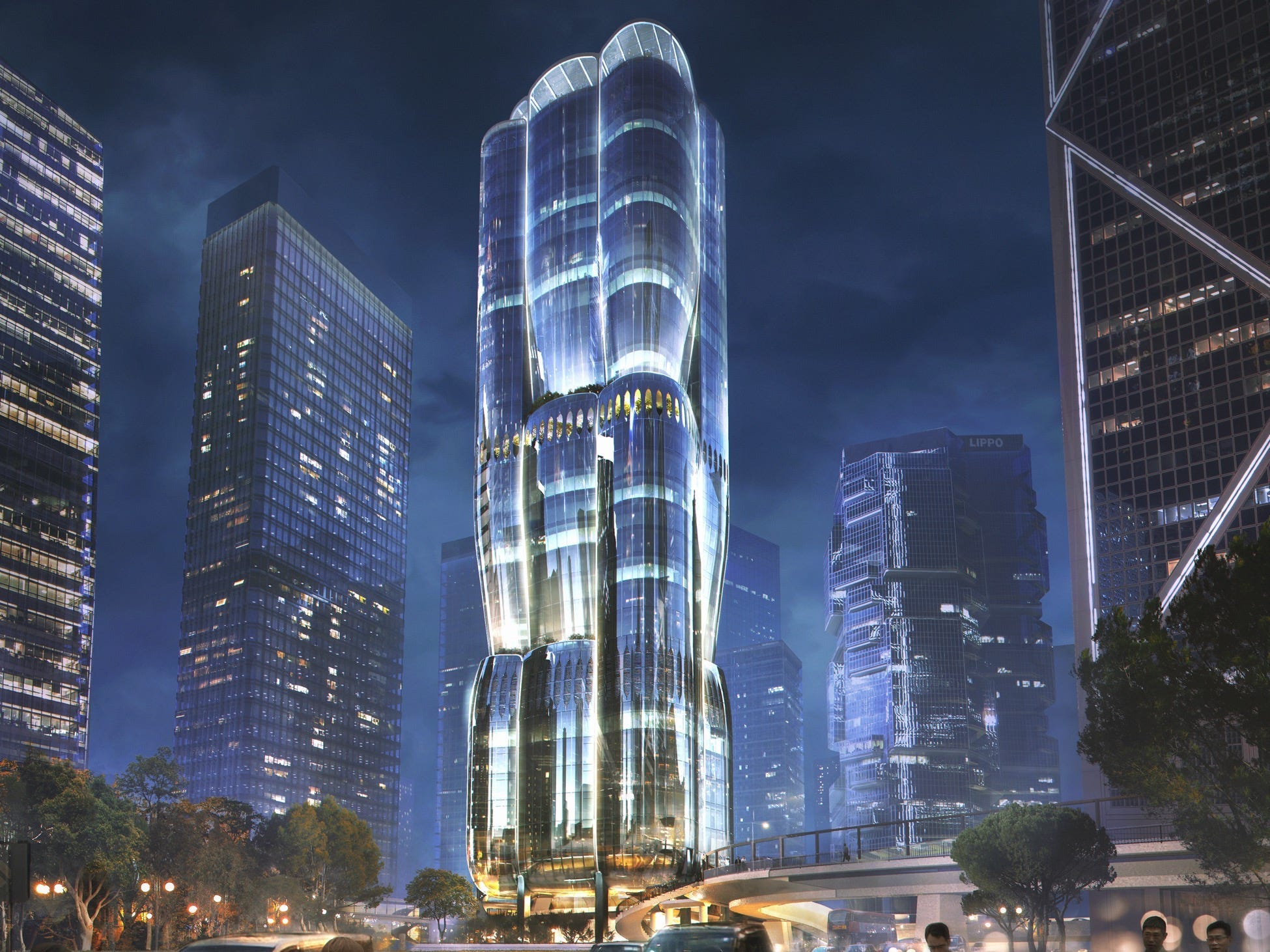 A full-floor penthouse in the Miami building where David and Victoria Beckham bought a $20 million pad in April is now on the market. Take a look inside.

A fully furnished penthouse in Zaha Hadid’s Miami residential building is on the market for $US18.8 million. Known as the One Thousand Museum, the 62-story building boasts a private helipad and swimming pool on the top floor. Take a look inside the luxury condo, which comes with sweeping views of […] 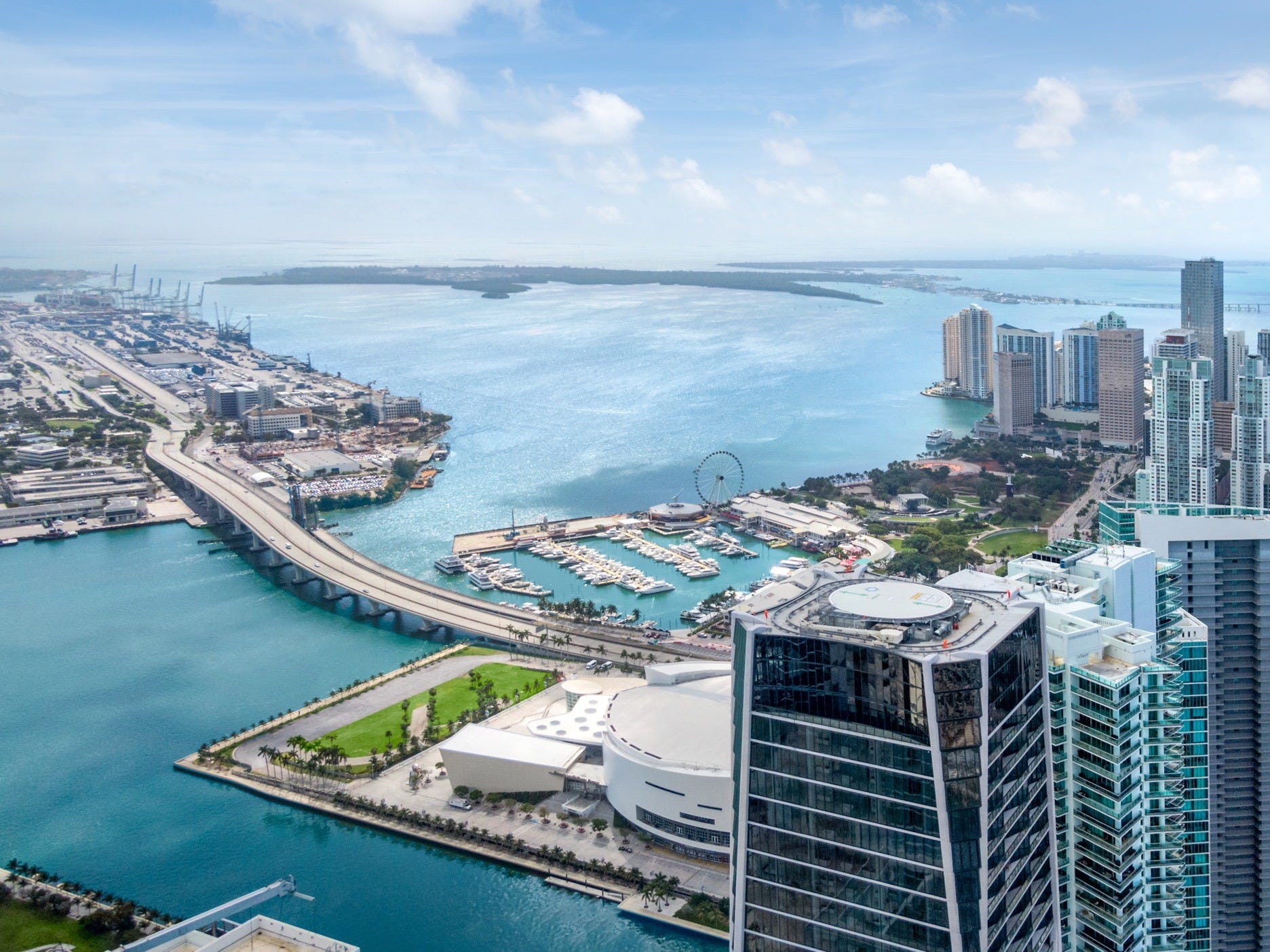 50 of the most stunning photos of cities around the world

Agora, a free photography app, revealed the top 50 finalists of its #Urban2020 photography contest, which celebrates the best urban photos. #Urban2020 had more than 21,322 submissions from photographers around the world. The images show each photographers’ vision of what an urban landscape is. Everything from skylines to metro systems […] This year, a few nations erected the tallest buildings in their history. One of those countries is Sri Lanka, where the 787-foot Altair building appears to be leaning on itself. Another is Russia, whose twisting Lakhta Centre is now the tallest building in Europe. China and the US didn’t build […] Emporis, a database for building and construction projects, has hosted an annual Skyscraper Awards since 2000. It just announced the top 10 skyscrapers for 2019, which were picked by a jury of architecture experts from around the world. The buildings had to be a minimum of 328 feet tall (100 […] A man was filmed climbing to the top of Europe’s 2nd-tallest skyscraper at 5 a.m. without a harness

A man was filmed climbing London’s tallest skyscraper at 5 a.m. on Monday. At 309 meters high, the Shard is the second-tallest building in Europe, and the man was spotted near the top. He appeared to be free-climbing, as observers did not see him using equipment. The police said that […] An unfinished 58-story skyscraper in New York City is tilting 3 inches to the north. The tower’s contractor is suing the developer, saying it allowed for the tower to be built on a shoddy foundation. The developer says there’s no safety issue and that the “misalignment” can actually be fixed. […] A 58-story residential skyscraper in Manhattan is tilting to the side, and there’s a battle over who’s to blame

An unfinished skyscraper in Manhattan is reportedly tilting 3 inches north. The tower’s contractor is suing the developer. The developer said there’s no safety issue and the contractor is trying to distract from its inability to complete the project. New York City is home to an eclectic mix of towers: […] Western Europe’s tallest skyscraper, which is set to be built in a tiny Danish town, has been likened to the ‘Eye of Sauron’

The fast-fashion giant Bestseller is planning to build an enormous skyscraper in Brande, Denmark – a small town of just 7,000 residents. The eponymous Bestseller Tower is set to stretch 1,050 feet, which is almost as tall as the Salesforce Tower in San Francisco. It will be the tallest building […] Los Angeles could be getting a brand-new skyscraper that’s taller than the Wilshire Grand – the tallest tower in California. The planned skyscraper is 77 stories high and features a mixture of condos, hotel rooms, and commercial space. The future development represents a growing trend of supertall construction as cities […] Amazon has pulled out of an under-construction 30-story skyscraper it intended to occupy in downtown Seattle. Amazon had leased the entire structure but will now sublease it. Amazon hinted that this subleasing could come in a sort of threat in May 2018. At the time, Amazon was unhappy that the […] The most impressive skyscraper of 2018 has the fastest elevator in the world. Take a look.

The Lotte World Tower is the tallest building in South Korea and the fifth tallest building in the world. The high-rise recently won the Emporis Skyscraper Award, which honours the top 10 skyscrapers that have been completed in the previous calendar year. The tower has a number of record-breaking features, […] How cats can survive falling 32 stories high with limited injuries

Cats famously land on their feet when they jump off furniture and trees, but they use a different technique to survive falls from much greater heights. Some cats have walked away from falling as high as 32 stories with limited injuries. Watch the video above to learn the amazing technique […] London is in the midst of an unprecedented architectural boom, with around 510 tall towers – those with more than 20 stories – planned or under construction in the next decade. Much of this development will take place in the next two years. As new buildings spring up along the […] Skyscrapers are multiplying as US cities appear to be in race toward the sky. Many of the tallest American skyscrapers, such as One World Trade Center and Comcast Technology Center, were built in the past five years. Some states do not have a single building over 200 feet, like Maine. […]