According to one Silicon Valley realtor, it hasn't been a mass migration as much as a shift in which Bay Area regions are popular. 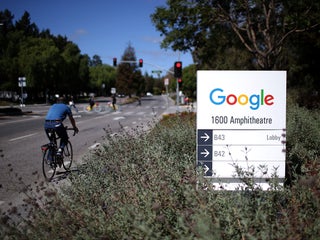 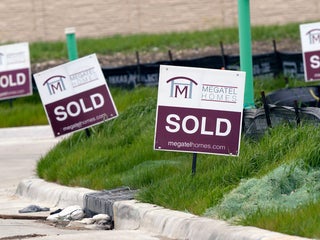 There’s a $37 million waterfront property up for sale, situated in the tech capital of the world, that offers the ultimate private beach oasis

There’s a 14-acre chunk of a peninsula north of San Francisco currently for sale for a whopping $US37 million – and that’s excluding home construction costs. The property features 2,000 square feet of bay shoreline, private sandy beaches and approved plans for a 15,000-square-foot residence. Though the infamously competitive Bay […] A sale on a 7,000-square-foot block of rock in San Francisco is pending for almost $US1 million. A potential 12 new homes in one of the city’s most exclusive neighbourhoods are able to be built upon the property, which would take some hefty engineering and a mighty price tag. Still, […] Former Apple manager Dale Fuller’s Silicon Valley mansion is listed for $US17.5 million, though it’s currently off the market, according to real-estate sites. The home sits in a ritzy Menlo Park residential area. It comes with six bedrooms, seven-and-a-half bathrooms, and a 1,600-bottle wine cellar. Visit Business Insider’s homepage for […] San Francisco’s tech boom is so expansive that the city’s median home price rose by $205,000 in the first half of 2018, one of the biggest swells in its history

San Francisco’s median house price rose by $US205,000 in the first half of 2018, as iterated in a mid-year report by real estate agency Paragon. The price swell is one of the city’s biggest in its history, sending the average home price in the city to a whopping $US1.62 million. […] This $18.5 million ‘secret’ hilltop estate in San Francisco has an elevator and sweeping 360-degree views of the city — take a look inside

Perched atop a hill in San Francisco’s upscale Nob Hill neighbourhood lies a hidden estate – listed for sale at a cool $US18.5 million, pricey even by the city’s ridiculously high standards. The brown-shingled home sits on a 0.27-acre lot and boasts three stories, five bedrooms, an elevator, a wine […] A one-acre dirt lot in Palo Alto, California, is selling for a whopping $US15 million. The property’s future owners would not only have to shell out that sum for the land but likely millions more to build a home on top of it. The hefty price tag is reflective of […] San Francisco’s housing market is so competitive that this home, the inside of which was ravaged by a fire, sold for $2 million

The inside of a San Francisco home was ravaged by a fire earlier this year. On June 27, it sold for $US2 million, more than double its original asking price. Originally reported by SF Gate, the home has a rocky history as a “drug den,” with the City Attorney filing […] Take a look inside this 83-square-metre Silicon Valley house that’s selling for $3.5 million

A small-yet-charming 83-square-metres residence in Palo Alto, CA could be yours for a cool $US2.59 million ($3.51 million). The two-bedroom, one bathroom home, at 128 Middlefield Road, is yet another downsized abode selling for millions in Silicon Valley’s overheated real estate market. With the famed Googleplex a mere 15 minutes […]