Wall Street heavyweights profited as the market melted down in February after getting private warnings from the Trump administration, new report says

Wall Street investors knew of private concern within the Trump administration around the coronavirus and used the knowledge to position for the following market plunge, The New York Times reported Wednesday. A memo penned by hedge fund consultant William Callanan described White House officials’ private wariness of a US outbreak […] 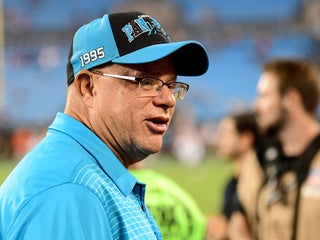 On Monday, the European Securities and Markets Authority said that a number of countries lifted previous restrictions on short selling, The Wall Street Journal reported. The ban on short selling was put in place in March as volatile markets reeled amid the coronavirus pandemic. US regulators did not ban short […] 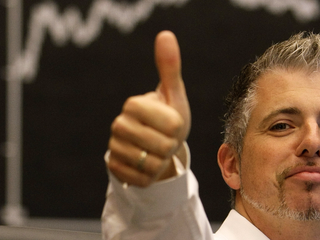 With stocks crossing new highs ever so often... Many on Wall Street are confident that the... Here Are 50 Stocks Hedge Funds Are Shorting Like Crazy GOLDMAN: Here Are 23 Stocks Hedge Funds Are Shorting Like Crazy The chatter from some traders on Wall Street is that JC Penney stock is in a beautiful position for a short squeeze, in which investors shorting the stock are forced to cut their losses and exit their trades. Maybe you’re optimistic about JC Penney’s future — maybe you’re not. Regardless, […] Stocks That Lots Of People Are Shorting Are Surging Today

[credit provider=”mango atchar on Flickr”] Stocks are off to a nice start this week as the S&P 500 is up around 0.8 per cent at lunchtime in the United States.Once again, some of the market’s most heavily-shorted stocks are leading indices higher with big gains to the upside: Jim Chanos Is Finding Short Opportunities All Over The Place

Sept. 19 (Bloomberg) — Jim Chanos, who oversees about $6 billion as the founder and president at Kynikos Associates Ltd., is finding companies to bet against as the U.S. stock market heads for the biggest rally in three years. The 10 Most Shorted Banks In Europe

Europe is in some major financial trouble right now, and that’s certainly being reflected in bank stocks, which have taken a tumble across the board. [credit provider=”Flickr / Thomas Hawk ” url=”http://www.flickr.com/photos/thomashawk/5659767510/in/photostream/”] Goldman Sachs tracks a group of 50 stocks they like to refer to as the “Hedge Fund VISP (Very-Important-Short Position)” basket.The VISP stocks are the ones with the largest short positions against them as measured by total dollar value.  These are the stocks […] [credit provider=”Wikimedia Commons” url=”http://commons.wikimedia.org/wiki/File:Blackjack_board.JPG”] Based on “short interest” you can find out which stocks investors are most bearish on, and betting are most likely to do down.When last we checked in on the 15 stocks the market currently loves to hate, little-known Canadian retailer Teavana topped the list, with big-box […] [credit provider=”Bloomberg”] The Facebook fiasco continues as the Wall Street Journal is reporting that trading desks at banks like JP Morgan and Goldman Sachs helped some firms short Facebook by lending the stock out. The big kicker? Those two banks also helped underwrite the IPO and promote the stock. Three years ago, James Montier, renowned economist, analyst and behavioural investing expert (then working in equity research for Societe Generale), issued a note now famous in investing circles that lent support to short selling. At the time, he felt that market conditions were presenting very few bargain value opportunities, while […]