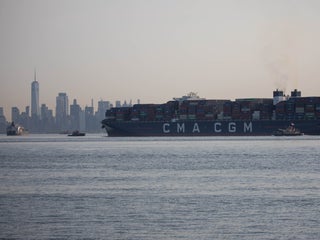 The Ever Given is traveling through the Suez Canal en route to Singapore for repairs, Lloyd's List reported on Thursday. 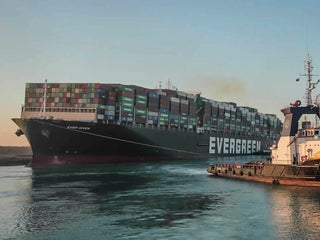 The global shipping crisis and labor shortages may get worse because of the slow vaccine rollout for seafarers, say experts

Seafarers aren't getting vaccinated fast enough, which is leading to outbreaks on vessels. This is likely to further exacerbate the shipping crisis. 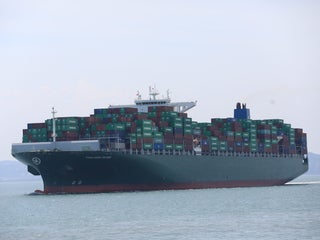 As shipping costs skyrocketed in late 2020, Zim Integrated Shipping Services saw its business take off, and the value of Deutsche's positions ballooned. 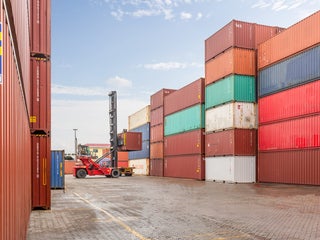 A group of Swedish researchers and boat builders designed Oceanbird, a new type of cargo ship that’s powered by giant wings instead of a traditional engine. The ship will cut down on emissions by up to 90% compared to other cargo ships, according to Wallenius Marine, the manufacturer behind the […] 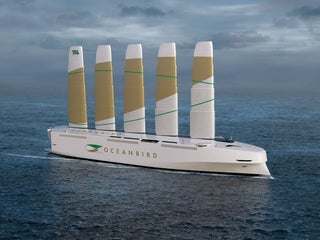 The CEO of shipping giant Maersk is projecting that demand for containers will decline globally in 2020. This expectation comes after Maersk beat its own Q2 forecast of operating profit. Maersk, which is seen as proxy for global trade, also reinstated its full-year guidance to be roughly $US6 billion to […] 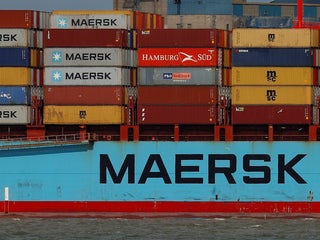 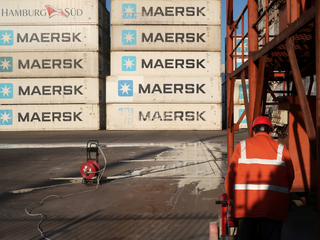 There are more than a million cargo ship crew members believed to be working seven days a week without choice because ships cannot dock during the pandemic. Since they live in close quarters, without much access to health equipment, sailors are seen as potential coronavirus carriers. Seafarers, many of whom […] 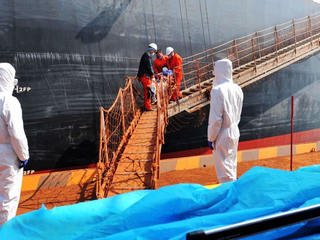 People are getting more and more unhappy about plastics in the ocean. Packaging companies say online retailers are feeling the pressure to use paper-based packaging, such as cardboard, over plastics. But eliminating plastic packaging in online shopping, like Amazon‘s plastic mailers, isn’t the answer. Research indicates that cardboard and paper […] Amazon’s one-day-shipping rollout has hit some snags. The company is forecast to spend billions this year on rolling out the service for Amazon Prime subscribers. Some experts say the e-commerce giant’s move to quickly in-house its delivery services is partially driving some of the difficulties in its one-day-shipping pledge. Visit […] UPS announced on July 23 that the logistics giant will deliver your packages on Sundays starting Jan. 1, 2020. FedEx announced seven-day delivery in May. Analysts say both delivery companies are under threat by Amazon, which is quickly building its own delivery network. Visit Business Insider’s homepage for more stories. […] Thousands of truck drivers have lost their jobs this year in the trucking ‘bloodbath.’ Here’s what’s behind the slowdown in the $800 billion industry.

Trucking has not flourished in 2019. But the reasons for the trucker slowdown are murky and not altogether clear. Much of the trucking-industry “bloodbath” can be traced back to the industry’s highly cyclical nature. Visit Business Insider’s homepage for more stories. Carl Fleming has been a truck driver since 1977. […] Last month, FedEx ended its years-long air freight contract withAmazon. Insiders pointed to Amazon’s low-margin business for why the Memphis-based package giant cut its business with the retailer. UPS has a similar issue with Amazon in that moving the e-commerce giant’s packages yields lower profit – but UPS depends far […] Amazon is building up a huge in-house delivery network that now moves the majority of its packages. It is moving away from FedEx,USPS, and UPS as a result. However, a new report from Rakuten Intelligence said Amazon’s percentage of late deliveries has doubled from 2017 to 2019 as the retailer […] FedEx Express, the company’s air cargo segment, has ended its relationship with Amazon. According to FedEx’s most recent quarterly report, the company certainly needs fewer Amazon-like customers – ones with huge volumes but low margins. Package volume through FedEx’s non-overnight air deliveries has jumped by 24%, but revenue per package […]