The "Basic Instinct" star said her "hair is standing on end" because there's no guarantee the cast and crew on an upcoming project will be vaccinated. 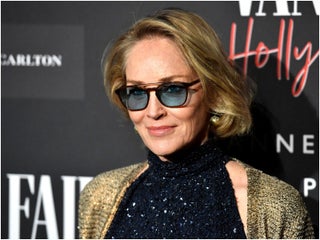 ‘Basic Instinct’ director says Sharon Stone’s recollection of that famous leg-crossing scene is ‘impossible’: ‘She knew exactly what we were doing’

Paul Verhoeven told Variety that his memory of how the scene came together was "radically different from Sharon's memory." 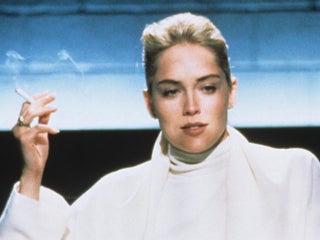 Sharon Stone ranted about Meryl Streep’s career after shutting down interviewer: ‘there are other actresses equally as talented’

Stone began to rant about Streep's career after a reporter asked her what it had been like to "finally" work with Meryl Streep in 2019. 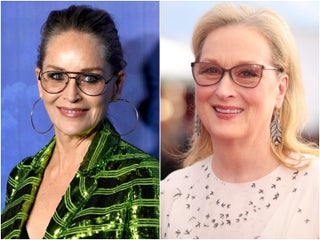 "I was in this weird limbo where I was suddenly famous, but didn't have any money," Stone said in an interview with CBC. 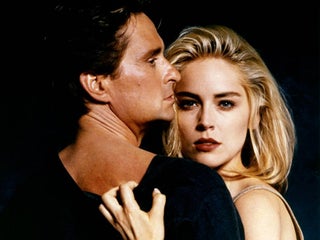 The actress revealed in her memoir that she was told by director Paul Verhoeven her crotch wouldn't be visible in the movie's leg-crossing scene.

Stone reveals in her memoir that in the opening sex scene her co-star passed out due to her hitting him so hard with a fake ice pick. 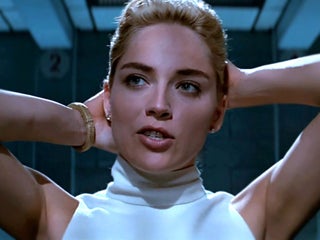 Sharon Stone says she has felt ‘pitted against’ Madonna, but ‘secretly champions’ her

Even after Madonna called the actress "horribly mediocre" in a 1990s letter, Sharon Stone writes in her new memoir that she admires the singer. 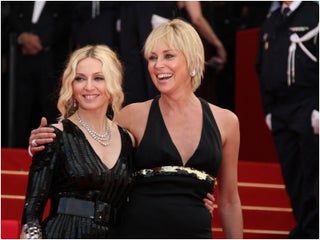 Sharon Stone eventually signed with the agent - Eileen Ford, who cofounded the agency Ford Models with her husband Gerald. 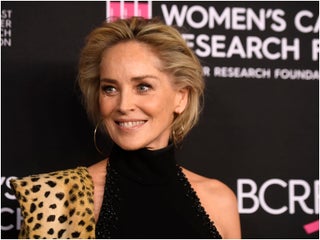 At the time, Leonardo DiCaprio was just starting his career and had yet to star in "Titanic" or "Romeo and Juliet." 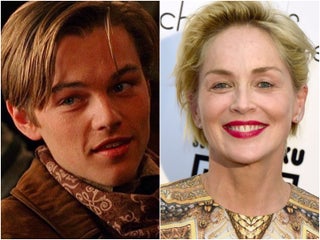 Sharon Stone had reconstructive surgery following the removal of benign but "gigantic" tumors in her breasts in 2001. 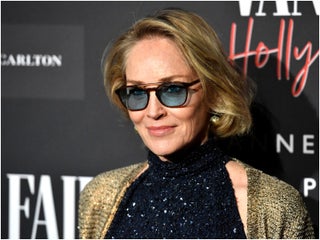 Sharon Stone’s Bumble account has been blocked, the actress said on Monday. The 61-year-old “Basic Instinct” star tweeted saying her account had been shut down over reports by people who didn’t believe it was her. “Don’t shut me out of the hive,” she pleaded. Bumble later responded saying they’d unblocked […] Sharon Stone says that her time on ‘Law & Order: SVU’ was ‘humiliating’

"I'd better get humble and shut the f--k up and do the job."