WeWork could struggle as its costs balloon and social-distancing measures sap demand for shared workspaces, real-estate investor Michael Franco predicted earlier this month. “In terms of their willingness to survive and to thrive, I personally view it as in doubt,” the president of Vornado Realty Trust said on a May […] 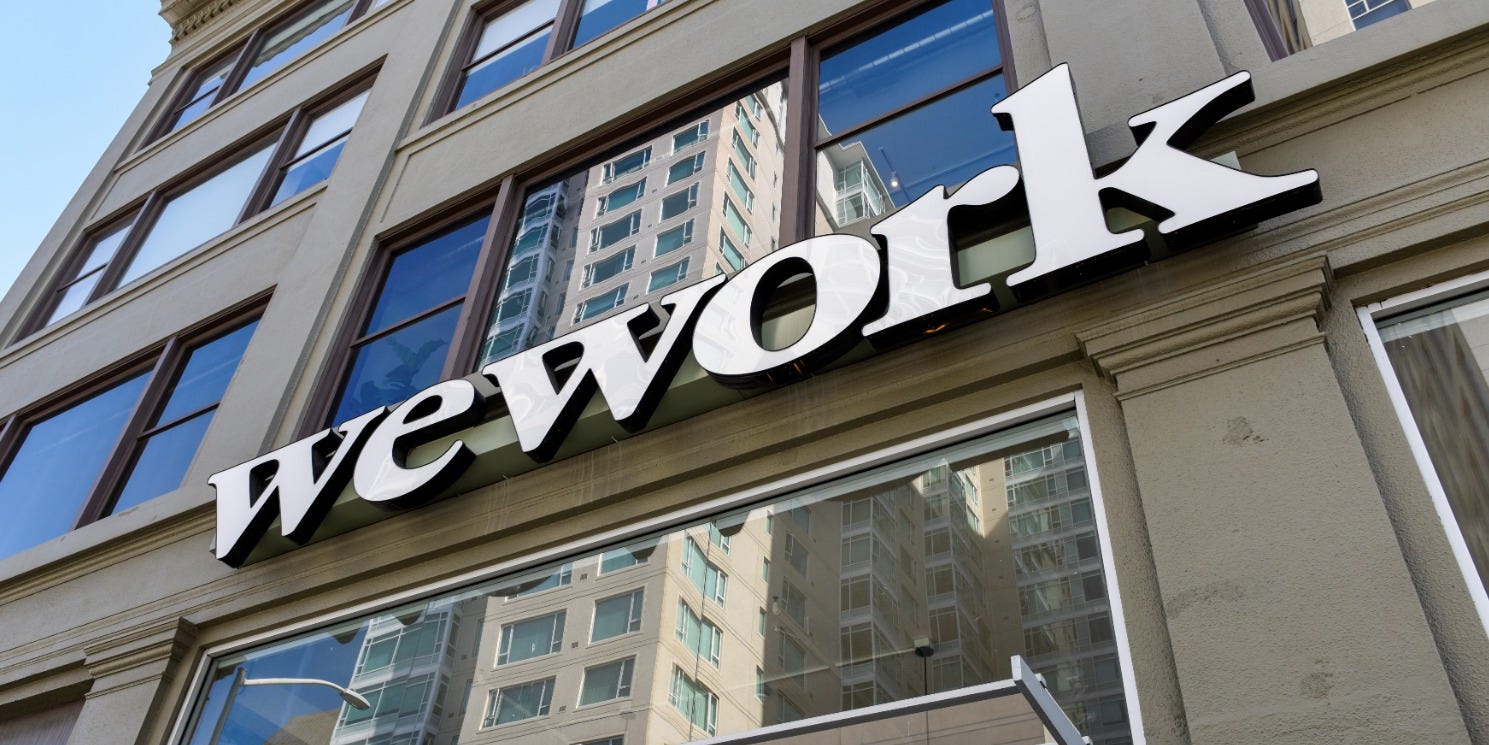 ‘We were kings of the world’: WeWork’s Adam Neumann fostered a culture of superiority at the troubled coworking startup

WeWork’s cofounder and ex-CEO Adam Neumann instilled a culture of superiority at the coworking startup, according to the Financial Times. “Adam was the sun and we all revolved around him,” a WeWork employee told the newspaper. “We were kings of the world.” “He wanted everyone to know he was God,” […]

A former employee is taking WeWork to court over cofounder Adam Neumann’s reported $US1.7 billion golden parachute. Natalie Sojka’s lawsuit accuses Neumann and other WeWork directors of benefiting themselves at the expense of minority shareholders as their actions have “eviscerated” the value of WeWork stock and stock options. “It is […]

SoftBank slashed its pre-bailout valuation of WeWork by more than 80% to below $US5 billion last quarter. The humbling price tag represents a dizzying drop from WeWork’s $US47 billion valuation in January, and values the coworking startup at nearly the same amount as five years ago. The valuation also suggests […]

WeWork’s employees were swept up by its cofounder and CEO Adam Neumann’s wild ambitions and enthralled by his startup’s cool culture and lavish perks, The New Yorker reported this week. “In retrospect, there’s no way this could have worked,” a WeWork software engineer told the magazine. “People were high… It […]

SoftBank slashed its pre-bailout valuation of WeWork by 83% in three months to $US4.9 billion, according to an investor presentation dated for release on Friday. SoftBank Investment Advisors, which manages the Japanese conglomerate’s $US100 billion Vision Fund I, cut WeWork’s valuation by 74% even after accounting for parts of SoftBank’s […]

‘I shut my eyes,’ SoftBank CEO Masayoshi Son says after losing more than $4.7 billion on WeWork

SoftBank lost at least $US4.7 billion by investing in WeWork after the shared-workspace group’s IPO collapsed and its valuation plunged from $US47 billion in January to below $US10 billion. “My own investment judgment was really bad. I regret it in many ways,” CEO Masayoshi Son said at a news conference, […]

Nasdaq’s CEO was so eager to win WeWork’s IPO that she proposed creating a new environmental sustainability index named after it, according to The Wall Street Journal. Adena Friedman offered to launch the “We 50” during a meeting with WeWork cofounder and then-CEO Adam Neumann in the Hamptons, the Journal […]

WeWork’s biggest Chinese rival is planning to go public in the US by the end of this year, according to Reuters. Ucommune filed a confidential IPO prospectus with the Securities and Exchange Commission in late September, Reuters said, citing two people with direct knowledge of the matter. The Beijing-based shared […]

Cash-strapped WeWork pulled more than $US60 million from its UK subsidiary and lumped it with close to $US240 million in extra debt in 2018. WeWork International Limited grew revenue by 90% last year, but payments to its parent company for intellectual property and other support services fuelled a tenfold surge […]

Salesforce founder and co-CEO Mark Benioff seems to have changed his mind about WeWork cofounder and former CEO Adam Neumann. “Adam and I connect on leading values-driven companies that serve a larger purpose, beyond making money,” Benioff wrote in his Time 100 profile of Neumann last year. “You have to […]

WeWork is reportedly seeking a $US4 billion lifeline from SoftBank and JPMorgan. The shared workspace group is in talks with its largest investor for a $US1 billion injection, which it hopes to parlay into a $US3 billion debt deal with the bank, according to Reuters. WeWork is hoping to secure […]

WeWork is hitting the brakes on growth after its IPO went up in smoke last month, and landlords could pay the price. Two landlords of WeWork locations in London are holding off on signing new leases with the shared-workspace group, and preparing backup plans for their existing WeWork offices in […]

Billionaire investor Howard Marks attacked WeWork as an overpriced sham after the shared-workspace group shelved its plans to go public last month. “All you needed was for Hans Christian Andersen’s little kid to step out of the crowd and say, ‘The emperor has no clothes,’ and then it falls apart,” […]

New York Stock Exchange tweeted on Sunday about the questions CEOs should answer before going public, and it read like a subtweet of WeWork after it postponed its IPO. The iconic stock exchange listed four questions for executives to ask themselves before taking their companies public, touching on their reasons, […]

WeWork just shelved its IPO. Here’s why the spectacular fiasco was fated from the start.

WeWork shelved its IPO until later this year due to a lack of investor interest, according to Reuters. The shared-workspace provider is battling growing doubts about its path to profitability, valuation, and CEO Adam Neumann. Here’s what went wrong. Read all of BI’s WeWork coverage here. WeWork reportedly shelved its […]

WeWork has delayed its IPO, according to Reuters. The shared-workspace group was gearing up for an investor roadshow this week and a public debut this month, but made a “last-minute decision on Monday to stand down,” Reuters said, citing people familiar with the matter. Key investor SoftBank discussed kicking in […]