The change to require an extra shot for full vaccination is unlikely to happen this year due to ongoing debates about booster doses, he said. 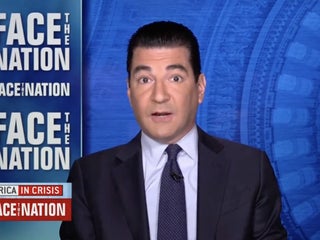 Gottlieb on Sunday said he expected the Delta variant to continue to spread throughout the country, particularly among the unvaccinated. 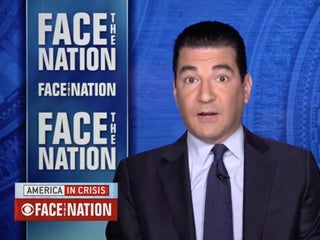 In an interview with "Face The Nation Sunday, Dr. Scott Gottlieb predicts that more states will be "moving forward with their own mandates." 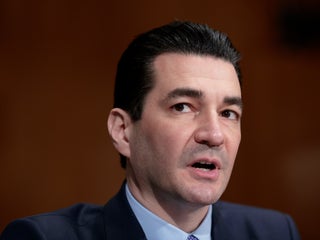 Dr. Scott Gottlieb also pointed to the importance of COVID-19 testing to differentiate between other illnesses in the winter months. 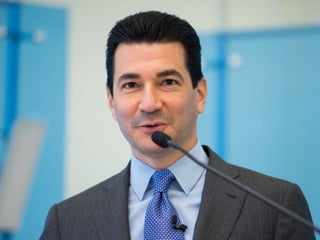 During an appearance on "Face the Nation," former FDA commissioner Scott Gottlieb said the social distancing recommendation of 6 feet is arbitrary. 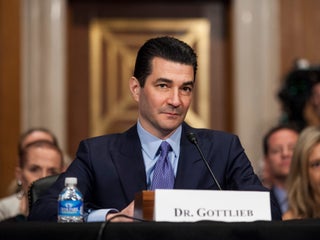 An endemic is an outbreak in particular regions that's always present but far easier to predict and control, like the common cold or malaria. 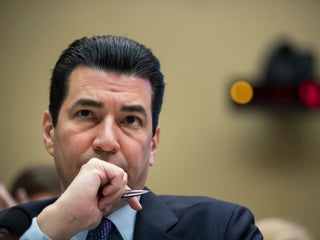 Dr. Scott Gottlieb said the pandemic is "certainly getting worse" during an interview on CBS' "Face the Nation" on Sunday. 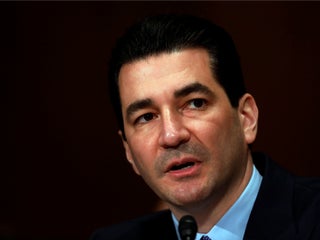 Kids are more likely to be vectors for fast-spreading new coronavirus strains like the Delta variant, former FDA chief says 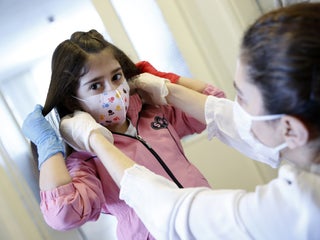 Former FDA Commissioner Scott Gottlieb cast doubt on the US response to India's ongoing surge of COVID-19 that has overwhelmed its healthcare system. 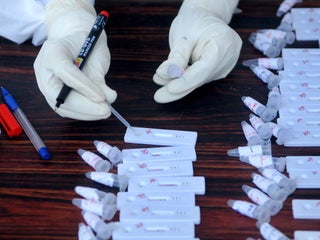 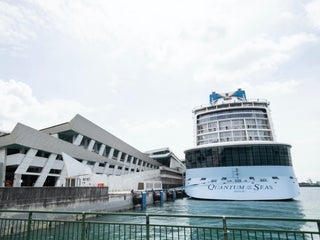 The FDA could authorize Pfizer’s COVID-19 vaccine for 12 to 15 year olds ‘in time for the fall school year,’ former FDA commissioner says

Scott Gottlieb was asked on CNBC on Tuesday when he thought the FDA could approve the vaccine for 12-15 year olds. 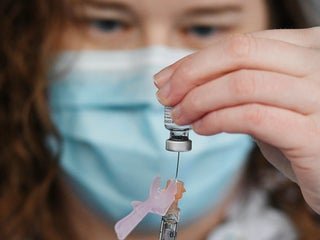 Dr. Scott Gottlieb, the former Food and Drug Administration commissioner, said Tuesday that a coronavirus variant identified in South Africa was “very concerning” because it might get around antibody drugs that try to help the body fight infection. Speaking on CNBC, he said evidence from the Seattle-based Bloom Lab, which […] 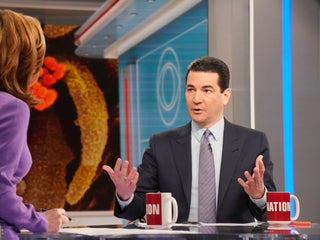 The Trump administration once again rejected an offer from Pfizer for more COVID-19 vaccines “as recently as November,” according to former Food and Drug Administration commissioner Scott Gottlieb. “There were multiple conversations with the U.S. government about taking more supply in the second quarter,” Gottlieb, who is a Pfizer board […] 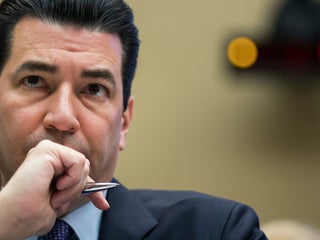 The US turned down ‘multiple’ chances to buy more doses of Pfizer’s highly effective COVID-19 shot and is instead turning to other vaccine agreements, says former FDA chief and Pfizer board member

Former Food and Drug Administration commissioner and Pfizer board member, Dr. Scott Gottlieb, said Wednesday the US government turned down chances to buy additional batches of Pfizer’s vaccines and has sought agreements from other manufacturers instead. The US ordered 100 million doses of Pfizer’s two-shot vaccine but the company may […] 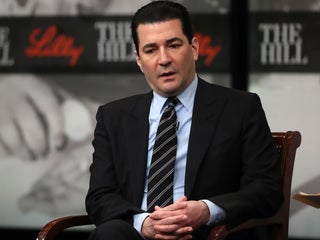 By the end of the year, 30% of the US will have caught COVID-19, former FDA chief Dr. Scott Gottlieb says

Dr. Scott Gottlieb, former Food and Drug Administration commissioner, estimated Monday that 30% of Americans will have caught COVID-19 by the end of the year. Gottlieb, who has previously said just one in five cases are diagnosed, said the figure could reach 50% in some states, such as North Dakota […] 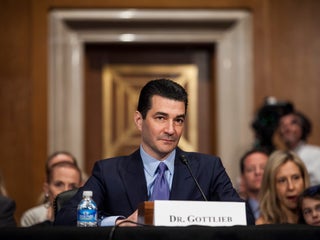 Former FDA commissioner Scott Gottlieb says the US could experience 300,000 coronavirus deaths by the end of 2020

Dr. Scott Gottlieb, a former commissioner of the Food and Drug Administration, predicted that the US coronavirus death toll could hit 300,000 by the end of 2020. In an interview with “Face the Nation” on CBS, Gottlieb said, “We’re definitely going to be somewhere between 200,000 and 300,000. Whether we’re […] 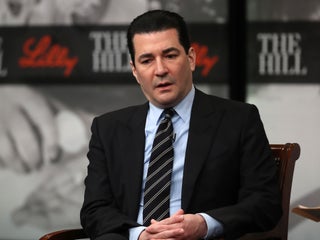 All 50 states have taken steps toward reopening and several have reported an increase in coronavirus hospitalizations. “It’s a small uptick, but it is an uptick, and it is unmistakable, and it is probably a result of reopening,” Scott Gottlieb, a former Food and Drug Administration commissioner, told CNBC. Beaches […] 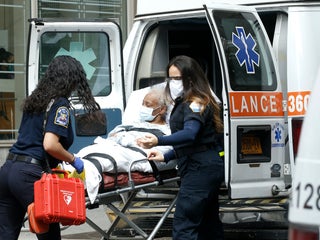 Health experts from the Trump, Obama, and Bush administrations want the government to pay Americans $50 a day to self-isolate, like jury duty

In a new letter to Congress, bipartisan health experts who worked under the Bush, Obama, and Trump administrations recommend that the US should invest $US46.5 billion to try to ensure a safe reopening of its economy. The letter contains four steps the experts say are necessary to safely open shuttered […] 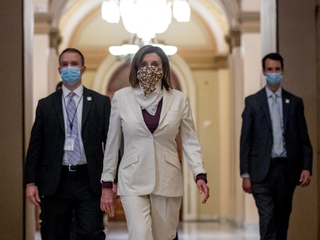 How to reopen the US, according to Johns Hopkins and Harvard: Test 20 million people a day, hire an army of contact tracers, and expand healthcare coverage

Experts from Harvard and Johns Hopkins, as well as the former FDA commissioner, have each released their plans for how to reopen the country safely. The plans suggest the US will need to massively ramp-up its disease testing and tracing capabilities to allow people to return to work and school. […] 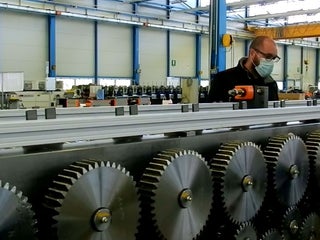