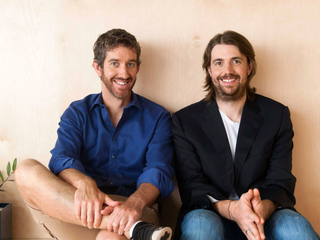 ‘We didn’t want to get a real job’: Atlassian co-founder Scott Farquhar on his upbringing and the company’s early days

Atlassian co-founder Scott Farquhar is the latest guest to feature on Julia Zemiro’s ABC show “Home Delivery”. In it, Farquhar describes his upbringing via his childhood home, the high school he went to, and Atlassian’s first office. Farquhar says the company started after he met fellow co-founder Mike Cannon-Brookes at […] Australian jobs platform Work180 has raised $2.2 million to fund its expansion to the UK. The funding round was led by Skip Capital, the private investment fund of Atlassian co-founder Scott Farquhar and partner Kim Jackson, and saw venture capital players Investible and Giant Leap invest $500,000 each, Business Insider […]

Atlassian co-founder and co-chief executive Scott Farquhar repeats claim encryption laws place tech industry in a chokehold. The tech star calls for government to keep its promise and review legislation. “At a time when the the industry is trying to create jobs for the future, this poorly written law is […]

It’s been nearly three years since Australia’s most successful tech company, Atlassian, made its debut on the Nasdaq. For the most part, it’s been a stellar run to-date for its co-founders, Scott Farquhar and Mike Cannon-Brookes: Just yesterday, that run saw the pair took out the equal top two spots […]

Atlassian’s President Jay Simons has spoken about what it was like to be starting up as the GFC kicked in. As 638,000 Australian businesses folded, Atlassian chose to go on a spending spree. The company announced a new $US295 million acquisition at last week’s Atlassian Summit 18. Tech industry history […]

The NSW government has announced it will establish a new technology industry hub in Sydney, at the south end of the city. NSW Premier Gladys Berejiklian envisions it as Australia’s version of Silicon Valley, and is looking for a name for the new zone. Global tech giant Atlassian will work […]

Scott Farquhar’s staff at Atlassian remind him he isn’t the smartest person in the room. Today’s teams need an open way of working and a transparent ﬂow of information. Creative conﬂict can tap into the creative genius of the entire team. Atlassian, the high tech giant built its collaboration tools […]

Co-founders of Atlassian Michael Cannon-Brookes and Scott Farquhar have joined the list of the world’s 500 richest people after their company’s stock soared on Friday. Having raised their fortunes by $A1.4 billion this year already, they’re both now worth $A5.2 billion each, making them the 499th and 500th richest people […]

Atlassian co-CEO Scott Farquhar believes any chance that the Australian Technology Park can become a tech hub is gone, after the New South Wales government announced yesterday it was selling the 14 hectare site to a consortium led by developer Mirvac and the Commonwealth Bank in a deal worth $263 […]

24 revealing quotes from the founders of Atlassian, Mike Cannon-Brookes and Scott Farqhaur

You just can't get the people.

SafetyCulture, the startup Atlassian founder Scott Farquhar has taken under his wing, is opening a US office

The right kind of Kansas whirlwind.

Is your kid obsessed with Minecraft?

And it's not in commodities.

“We have to wear the cost."

Atlassian’s 1% rule has raised $40 million for charity, and now they want another 500 companies to join in

"It was one of the smartest decisions that we made without really knowing it at the time."