UK Prime Minister Boris Johnson spoke out against the 25% tariff on Scotch whisky exports to the US in Parliament, saying that “we will fight it every step of the way.” The US introduced the tariff in October 2019 in retaliation against subsidies that EU member states gave to Airbus. […] 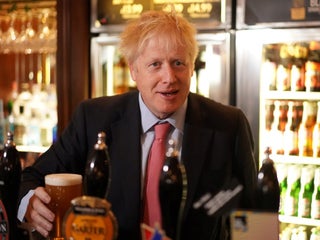 Glenlivet is now offering its whiskey in the form of small pods that dissolve in your mouth. The Scotch whiskey company released a video advertisement showing people enjoying the collection of “edible cocktail capsules” that can be consumed with “no need for a glass, ice, or a cocktail stirrer.” Each […] It’s strange how many myths there are surrounding whisky drinking — from price snobbery to ice shaming. Who decided there had to be ‘rules’ to enjoying a nice drink? Certainly no one I know. To bust these myths wide open and bring some actual truth to whisky drinking, we’ve brought […]

Glenfiddich is now selling a $4000, 40-year-old single barrel whisky in Australia – but there’s one small catch if you want to get one

If you’re the sort of traveller who swings by duty free store at Sydney airport for a couple of bottles of whisky for $80, then this story is probably not for you. If, however, coming home is your chance to pick up a bottle or two of otherwise expensive single […]

Brexit is going to be really bad for the Scotch industry

If you love Scotch and single malts, then you’ll know the name David Stewart. He’s like the Roger Federer of whisky, having begun his career at The Balvenie as a 17-year-old in 1962 as a whisky stocks clerk. Just eight years later, he became master blender at the William Grant […]

A Handful Of Lucky People Are Drinking 1952 Johnnie Walker Worth $180,000 In Sydney Tonight