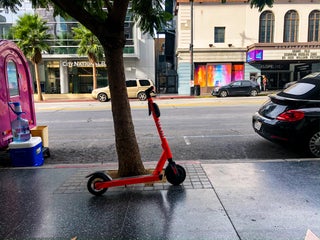 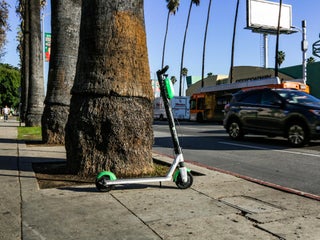 An e-scooter exploded and caught fire inside Dropbox’s San Francisco headquarters on Wednesday. The building was evacuated, the fire was put out, and no one was hurt, Dropbox told Business Insider in a statement. “Seriously living in an episode of Silicon Valley over here,” one Dropbox employee Tweeted along with […] VIDEO: A man rode a children’s scooter on one of Sydney’s busiest underground tunnels

A man has made a daring, and highly dangerous, commute on a children’s scooter through one of Sydney’s busiest underground tunnels yesterday afternoon. The rider, who was dressed in office attire, made use of an entire lane as he pushed himself on the foot scooter through consistent traffic just before […]

Riding around on one is like putting a Tesla between your legs.