The artist said through a lawyer that he had a "friendly relationship" with the parents and didn't know about the charges against them. 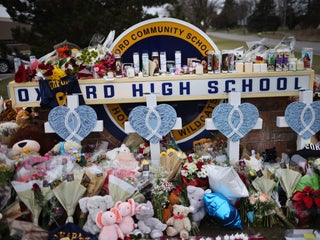 Oakland County Prosecutor Karen McDonald told CNN that potential charges have not been ruled out against officials at Oxford High School. 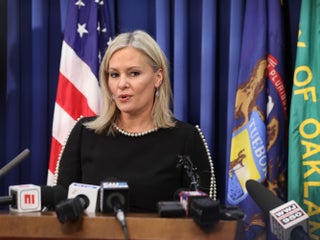 The Oxford school shooting suspect and his parents were separated and put under suicide watch in jail, sheriff says

Ethan Crumbley and his parents James and Jennifer were put on suicide watch in Oakland County, Michigan, said the sheriff. 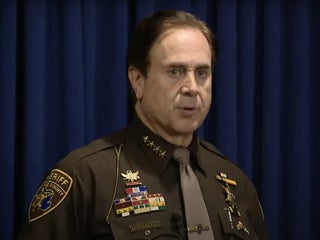 Social media posts, texts, and disturbing drawings are part of the investigation into suspect Ethan Crumbley and his parents, who are also charged. 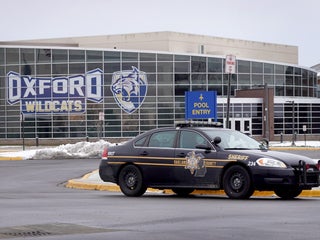 The department said it "intended to highlight our staff in the Concealed Handgun Permit Office, not to be insensitive." 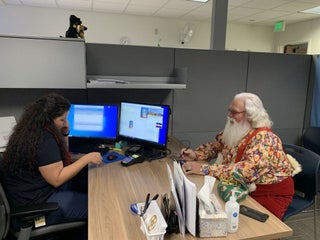 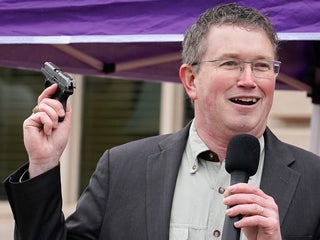 "The thoughts won't stop. Help me," was written alongside a drawing of a handgun and a person with gunshot wounds, prosecutors said. 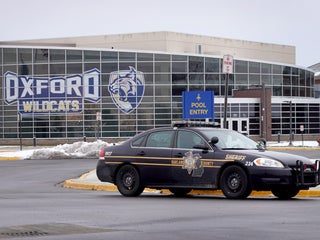 An Iowa teacher was arrested after she wrote ‘threatening notes’ about ‘committing gun violence’ at school, police say

In at least one of the notes, police said 37-year-old Katrina Phelan wrote that she was a student who was "tired of being made fun of." 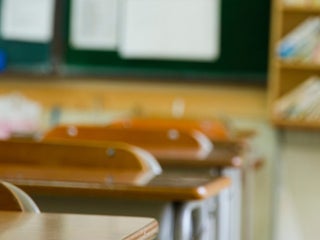 James and Jennifer Crumbley were arrested early Saturday after being declared fugitives. They were charged with four counts each of involuntary manslaughter. 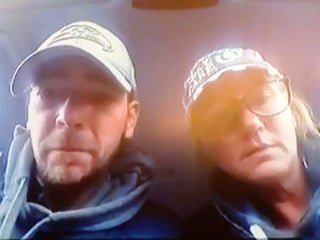 US Marshals are offering a $10,000 reward for tips on the Michigan high school shooting suspect’s fugitive parents

After James and Jennifer Crumbley, who are charged with involuntary manslaughter, were declared "fugitives" after they failed to appear in court. 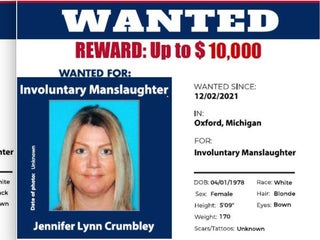 Parents of the teen suspect in the Michigan school shooting are now considered fugitives, sheriff says

James and Jennifer Crumbley were charged with involuntary manslaughter in connection to a Michigan school shooting, in which their son is a suspect.

She is charged with one count of false threat of terrorism and one count of using a computer to commit a crime, which each carry a 20-year sentence. 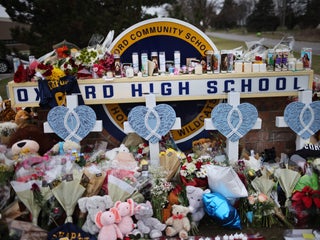 Oakland County Prosecutor Karen MacDonald said the shooting suspect's mother posted about the gun being a gift on social media. 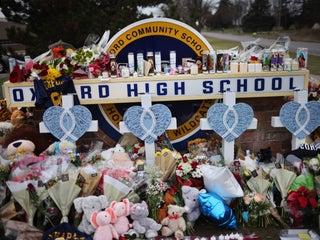 ‘Very strong possibility’ that suspected Michigan school shooter had weapon with him when he met with school officials hours before the attack, prosecutor says

"Unfortunately he was allowed to go back to class," Prosecutor Karen McDonald said. "We now know he had a weapon with him at that time." 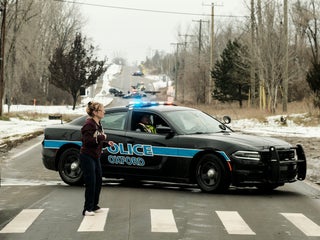 Oxford High School, now the site of a mass shooting, was once in the spotlight for a mental health program. 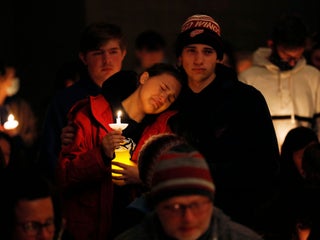 The person who called Oxford High School students ‘bro’ while trying to enter a classroom was likely an officer trying to put them at ease, sheriff says

Four students were killed at a shooting in Michigan's Oxford High School. The suspect is a 15-year-old student. 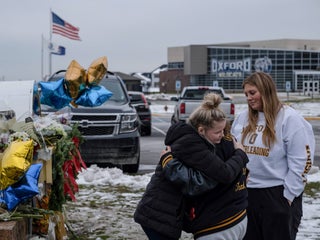 Michigan school shooting suspect recorded a video of himself talking about killing students the night before the shooting, officials say

"A journal was recovered from Ethan's backpack also detailing his desire to shoot up the school," Oakland County Sheriff's Lt. Tim Willis said. 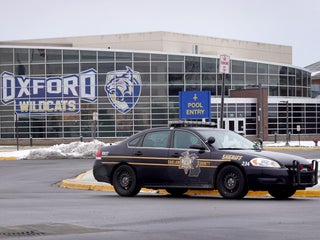 Ethan Crumbley, 15, was charged with four counts of first-degree murder in connection with the shootings at Oxford High School.

Oxford High student describes huddling in classroom during school shooting: ‘I thought I was safe at school’

"All of a sudden, I see 50 people just like running down the hallway, like stumbling over each other, screaming," a 16-year-old student told Insider. 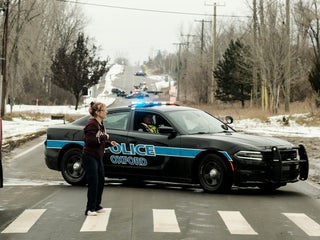 Tate Myre, 16; Hana St. Juliana, 14; and Madisyn Baldwin, 17, were killed on Tuesday after a shooter opened fire at Oxford High School in Michigan. 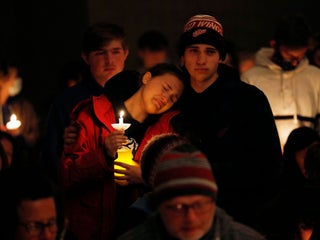