As many as 89,000 households have left San Francisco since March, the latest sign of an exodus spurred by the pandemic

As many as 89,000 households have left San Francisco since the start of the coronavirus pandemic, according to San Francisco-based site Public Comment. Public Comment worked with the United States Postal Service to track requests for a change of address between March 1 and November 1, 2020. The data showed […] 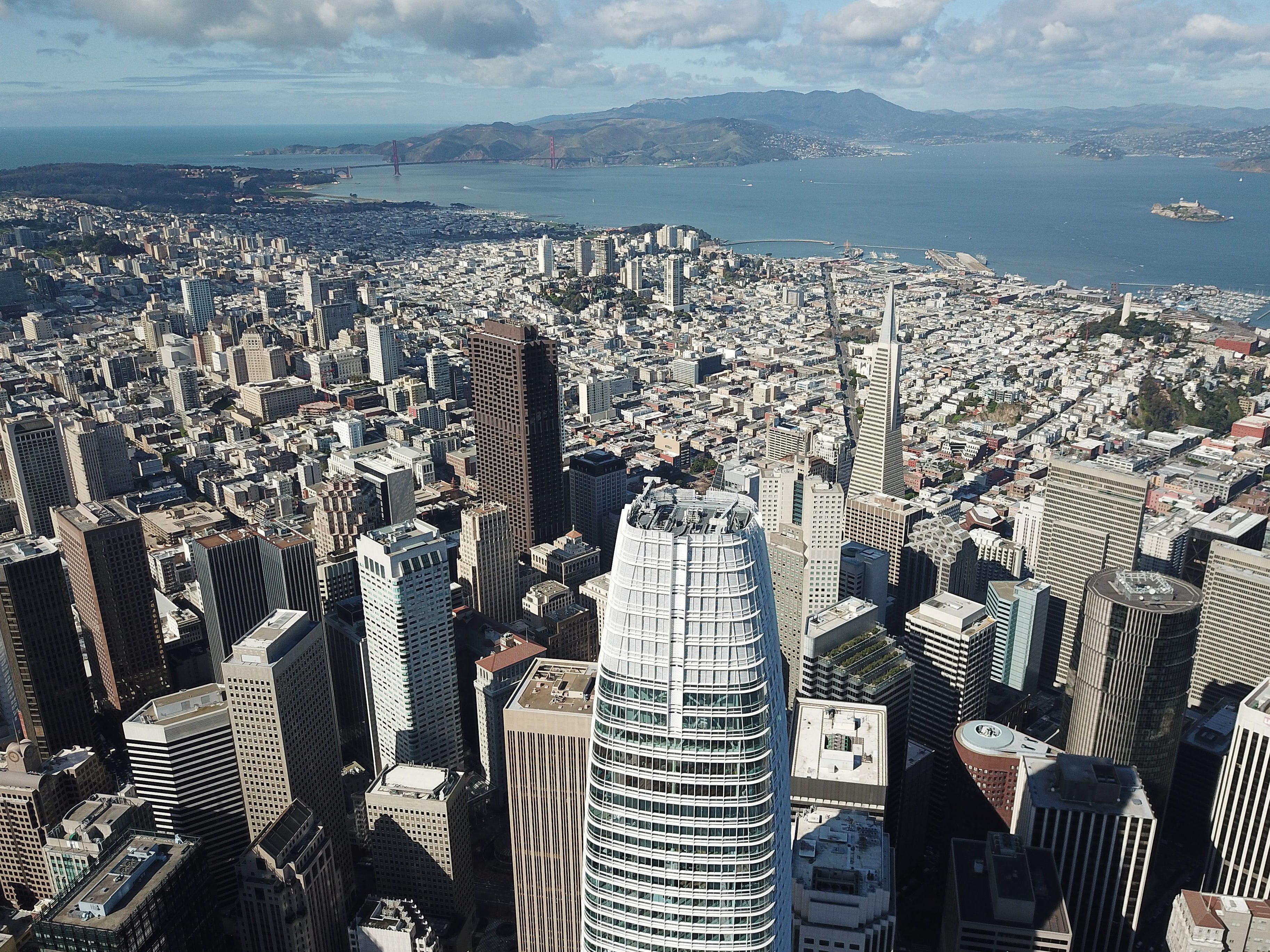 Take a look at this $9.8 million San Francisco condo inside a luxury hotel that comes with a ‘cuddle puddle room’ full of pillows

A two-bedroom condo in San Francisco’s St. Regis Hotel is for sale for $US9.8 million. Included in the listing is a “cuddle puddle room” with cushions and pillows. Cuddle puddles, and parties, are typically non-sexual activities whereby participants cuddle freely and enjoy human touch. Visit Business Insider’s homepage for more […] The coronavirus, known as COVID-19, began in China and has spread in Asia, the Middle East, and Europe, with 57 confirmed cases in the US. Cities are gearing up to address the potential spread of the virus. The mayor of San Francisco just declared a state of emergency in the […] Inside a sold $2.3 million once-tiny home in San Francisco built out of desperation after the 1906 earthquake for $50

A quaint home in San Francisco that was originally 800 square feet is one of the remaining “earthquake shacks” built as temporary housing units after the 1906 earthquake and fire. The now 2,155 square-foot home sold for $US2.3 million in April 2019, a smidge less than its asking price of […] Inside the ‘Crypto Castle,’ where young Bitcoin entrepreneurs party and plot the future of money

In the brightly lit kitchen of the Crypto... San Francisco’s housing market is so out of control that this 385-square-foot studio home is selling for $500,000

Tucked into the bottom corner of a 110-year-old Victorian house in San Francisco is a 385-square foot apartment that has one bathroom and no bedroom. It’s selling for almost $US500,000. It’s nestled in San Francisco’s tony Presidio Heights neighbourhood, where the median home price is almost $US5 million according to […] Silicon Valley’s housing market is so dire, a burned-out home just sold way over the asking price — for $938,000

The San Francisco Bay Area is one of the most expensive housing markets in America. Case in point: A fire-ravaged home in San Jose, California, has sold well over asking for $US938,000. The home will need to be demolished. It’s no secret that buying a home for under $US1 million […] There’s finally some good news for the wealthy residents of the leaning, sinking Millennium Tower: A fix may be in the works. Millennium Tower is a luxury residential high-rise that has sunk 17 inches and tilted 14 inches since it was completed in 2008. Though an inspection by the city […] A settlement was just reached over the 58-story skyscraper in San Francisco that’s tilting, sinking, and making residents’ condos ‘worthless’

A tentative settlement was just reached over the notorious sinking and tilting of the Millennium Tower residential building in San Francisco, California. Residents claimed they suffered losses to their properties’ value as a result of bad press and the building’s poor construction. The $US100 million plan involves securing the corrupted […]

Inside the new ‘co-living’ space where San Franciscans pay $3,000 for maid service and new friends

How do you make sure a residential building... The couple that paid $90,000 for a ritzy private street in San Francisco is now suing the city to get it back

A Bay Area couple paid $US90,000 for one of the most exclusive streets in San Francisco. In November, city leaders voted to reverse the sale. Now the couple is suing the city to win their street back. They launched a GoFundMe page to finance the legal action. In 2017, a […] The situation at San Francisco’s sinking skyscraper is so dire, residents are selling their condos at a loss of millions

Millennium Tower, a luxury residential building in San Francisco, has sunk 17 inches and tilted 14 inches since it was completed in 2008. Residents say they’re selling multimillion-dollar condos at a loss. A two-bedroom, three-bath unit at Millennium Tower sold in December 2017 for 30% less than what it sold […] Over the past several years, the Tenderloin – a San Francisco neighbourhood known as an enclave for the city’s chronically homeless – has been infiltrated by tech companies. The rent is cheaper than anywhere else downtown, and the city provides tax breaks to companies planting roots in specific low-income areas. […] In San Francisco, an influx of tech workers has driven up the cost of housing and pushed natives to the far reaches of the city. And in the remote waterfront neighbourhood of Hunters Point, an entirely new community is rising on the site of a former nuclear testing facility. Five […] The most expensive home for sale in Silicon Valley is this $63 million estate with a private lake, horse stables, and a walk-in closet larger than most studio apartments

Three out of the five most expensive zip codes in America are located in the tony suburbs of Silicon Valley, where tech moguls pay all cash and bid well above asking price for mansions. Still, a historic property located down the road from Facebook and Google has some serious sticker […] A couple bought one of the most exclusive streets in San Francisco for $90,000 — now the city is making them give it back

Residents of a private street in San Francisco were outraged after one couple scooped up their cul-de-sac in an online auction and tried to sell it back to them for nearly $US1 million. City leaders are now moving to rescind the sale. SAN FRANCISCO – Tina Lam is an engineer […] The Crypto Castle is a three-story home in... Millennials continue to move to cities in droves, as jobs and services tailored to their needs move in right beside them. The generation that prefers Uber to their own cars and Airbnb to hotels is also willing to trade the American dream of owning a home for the thrills of city […] There’s a hidden mansion for sale in San Francisco with a retractable glass roof, an indoor swimming pool, and a decoy house in front — take a look inside

A mega-mansion that's fit for James Bond has...