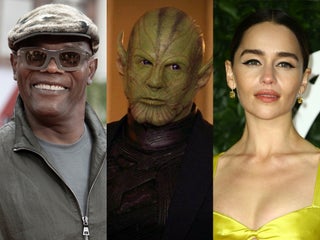 THEN AND NOW: The cast of ‘Pulp Fiction’ 27 years later

The iconic Quentin Tarantino film came out 27 years ago. Here's what stars like John Travolta and Samuel L. Jackson are up to now. 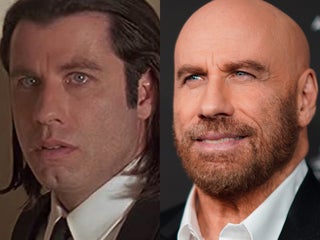 7 actors who played Dr. Martin Luther King Jr. and how they compare to the civil rights leader

Throughout the years, many actors have portrayed Rev. Dr. Martin Luther King Jr. in TV series, movies, and even on Broadway. Paul Winfield was the first to do so in the 1978 NBC miniseries “King.” Critics raved about Samuel L. Jackson’s performance as King in the 2011 Broadway play “The […] 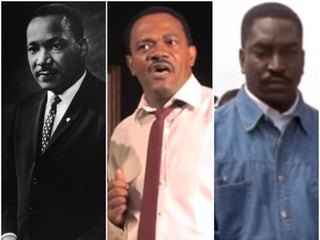 Samuel L. Jackson has been in a lot of movies. But which is his best of all time? There are a lot to choose from: all his roles in Quentin Tarantino movies, his Nick Fury performances in the Marvel Cinematic Universe, and there’s his memorable roles in “Jungle Fever,” “Unbreakable,” […] 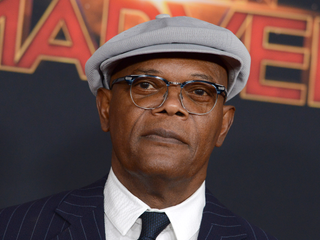 http://www.youtube.com/watch?v=7tbx9HN3qk8 John Travolta and Samuel L. Jackson reunited for a Capital One Christmas commercial 26 years after they starred in “Pulp Fiction” together. The festive ad starts off with Travolta reading out a Christmas wish list while he’s drinking a milkshake, which is a nod to his character, Vincent Vega, […] 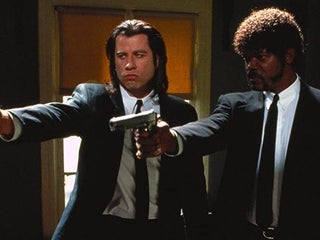 THEN AND NOW: The cast of ‘Pulp Fiction’ 26 years later

The now-iconic Quentin Tarantino film “Pulp Fiction” premiered 26 years ago. John Travolta and Samuel L. Jackson were already popular actors before “Pulp Fiction,” and they have gone on to legendary roles since. The movie served as the launchpad for Uma Thurman’s successful career, which has included several roles in […] 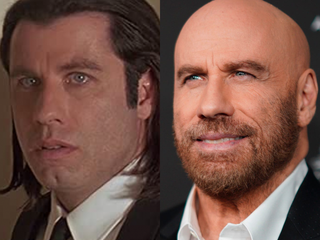 In an interview with Vulture, Laurence Fishburne said that he turned down the role of Jules Winnfield in “Pulp Fiction” because he “had a problem with the way the heroin use was dealt with” in the movie. Fishburne said that Quentin Tarantino’s depiction was “a little cavalier,” and “made heroin […] 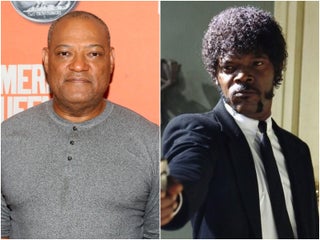 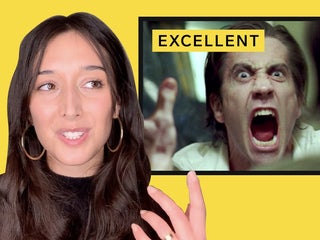 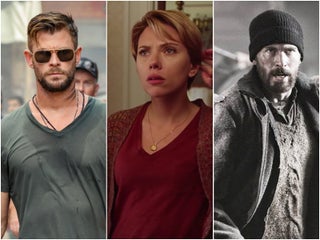 Samuel L. Jackson and Chris Rock investigate a series of murders targeting cops in the first trailer for the ‘Saw’ reboot ‘Spiral’

Lionsgate released a trailer for its new horror movie, comedian Chris Rock’s “Spiral: From the Book of Saw,” on Wednesday. The trailer opens on Rock’s police detective character and his rookie partner (“The Handmaid’s Tale” star Max Minghella), who are called in to investigate a series of grisly murders reminiscent […] Each week, INSIDER rounds up a list of great movies to watch on Netflix over the weekend. It’s the start of a new month! From Netflix original “Unicorn Store,” starring Brie Larson and Samuel L. Jackson, to “Sherlock Holmes,” here’s what you should watch on the streaming service. There’s so […]

Samuel L. Jackson has been in a lot of movies. Some are good. Some are bad. But in all of them, Jackson gives performances that will entertain the heck out of you. And he often delivers a memorable line or two you won’t be able to get out of your […] “Captain Marvel” stars Brie Larson and Samuel L. Jackson will appear on an upcoming episode of “Carpool Karaoke: The Series.” The series was inspired by “The Late Late Show” host James Corden’s popular segment and is available on Apple TV. In a teaser video shared online, Larson and Jackson are […]

‘Captain Marvel’ is a fun origin movie filled with ’90s nostalgia, but it has flaws

“Captain Marvel” is the latest Marvel Cinematic Universe movie from Disney. Though the movie has a couple of dull spots, for the most part it’s fun. A big standout is the unique way writer-directors Anna Boden and Ryan Fleck give the backstory of the Carol Danvers character. “Captain Marvel” (in […] What the ‘Spider-Man: Far From Home’ trailer really means

Tom Holland returns in a fresh trailer for “Spider-Man: Far From Home” – although, it may leave you with more questions than answers.

The end of ‘Glass’ teases a potential sequel. Here’s what it could be about.

Warning: There are spoilers ahead for “Glass.” The end of “Glass” ends on an unexpected note, wrapping up the franchise neatly. At the same time, the film opens itself up for potential spinoffs or sequels by unveiling a larger superhero world. M. Night Shyamalan’s “Glass” is finally in theatres and […]

The official trailer for ‘Captain Marvel’ is here and it shows off a younger Samuel L. Jackson

Disney and Marvel released the official trailer for next year’s “Captain Marvel” and we finally know why the hero punched an elderly lady in September’s first teaser trailer. As revealed in the trailer, which debuted during Monday Night Football on ESPN, the woman was actually a Skrull, a shapeshifter from […]

The Ryder Cup starts this week in France with Team USA hoping for their first win on European soil in 25 years. On Wednesday, celebrities participated in the celebrity challenge match. Samuel L. Jackson and Kurt Russell were paired together, leading to a great golf joke. The Ryder Cup tees […] Samuel L. Jackson is returning as Nick Fury in the next ‘Spider-Man’ movie despite turning into dust

According to Vulture, Samuel L. Jackson and Cobie Smulders will reprise their Marvel Cinematic Universe roles as Nick Fury and Maria Hill in “Spider-Man: Far From Home.” Both Fury and Hill vanished into dust at the end of “Avengers: Infinity War.” The casting further implies that the “Thanos snap” that […] The 20 actors who have made the most money at the U.S. box office

The most successful actors in Hollywood history...