June is Pride month. While California had the largest number of same-sex couple households in 2019, Delaware had the highest share among households. 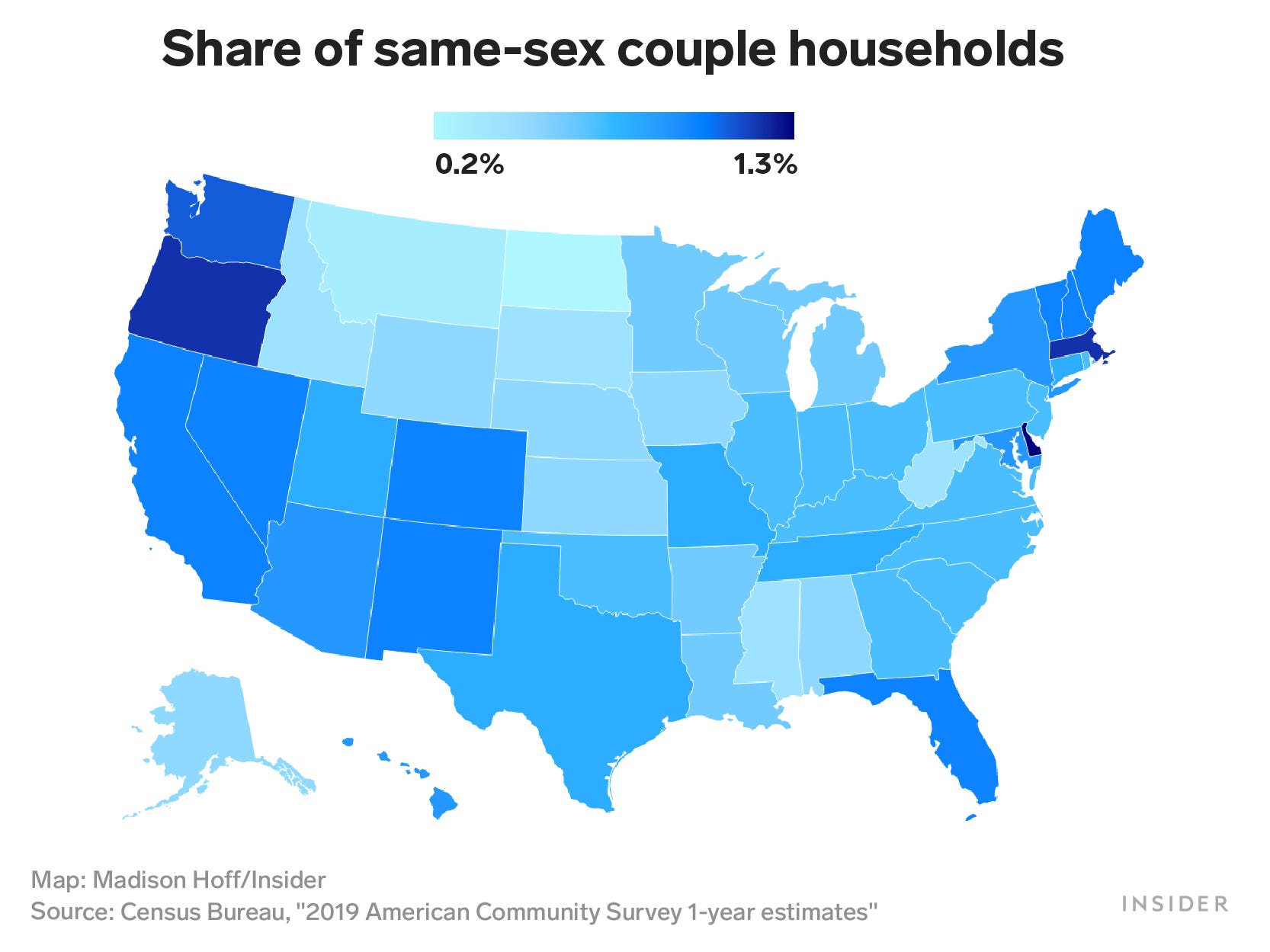 The Hallmark Channel is refusing to air a commercial featuring a same-sex couple from Zola, a wedding planning resource, Zola representatives told Insider. On Monday, One Million Mums, a conservative activist group, boycotted the channel over the commercial. Hallmark gave Zola notice that it would be pulling the ads on […] Australia’s top paediatricians say that children raised in same-sex parented families do just as well as those by heterosexual couples. The 13 experts have published a review of the evidence in the Medical Journal of Australia to combat misinformation around the marriage equality debate. One claim is that children and […]

The plebiscite on same-sex marriage is dead

The federal government’s plan to hold a plebiscite on same-sex marriage is dead. Labor has officially announced it would not support the plebiscite, which has ended prospects of the vote because there is not sufficient support on the Senate crossbench to carry it. The decision follows a Labor caucus meeting […]

Labor is expected to kill off the Coalition’s same-sex marriage plebiscite following a lack of party support for the vote. Opposition leader Bill Shorten, who says he has “struggled to find anyone who thinks it’s a good idea”, will outline his final position on the plebiscite to the ALP caucus […]

A Canadian sailor made history with a single kiss

It was the first ever "first kiss" between a same-sex couple. VIDEO: The judge claimed that kids in homosexual homes don't do as well as they do in heterosexual homes. Whether you're aware of it or not, America is...