The trailer for "The Matrix 4: Resurrections" shows its main characters leaping from a skyscraper in San Francisco, with Salesforce Tower in view. 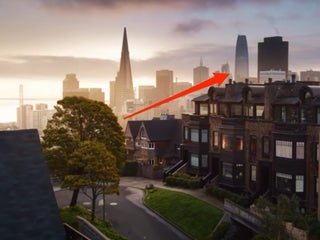 Salesforce announced it would offer three ways of working going forward. The “flex” option will allow employees to come into the office up to three days per week. Other employees will work remotely full time, while a small subset will come in every day. Visit the Business section of Insider […] 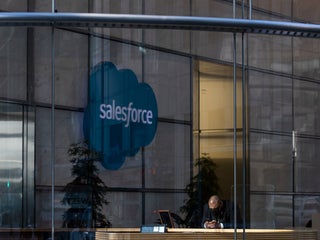 Salesforce will let its employees work from home until August 2021, with 6 extra weeks of time off for parents

Salesforce is giving all employees the option to work from home until at least July 31, extending its previous guideline allowing remote work until the end of 2020. Salesforce is slowly reopening its 160 offices around the world based on local government guidelines and the advice of medical experts and […] 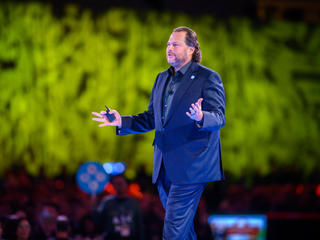 San Francisco’s tallest tower has two mysterious cracked windows. Here’s why it could be concerning.

Authorities discovered two cracked windows at the Salesforce Tower, the tallest building in San Francisco. The tower is less than a block away from the sinking and tilting Millennium Tower, where residents have discovered cracks in the walls and a fissure in one window on the 36th floor. The nearby […] LEGO just released a model of the San Francisco skyline that includes the recently-completed Salesforce Tower, now the tallest building in San Francisco. While the skyscraper has been favourably received, it’s located next door to two controversial buildings: the sinking Millennium Tower and the now-closed Salesforce Transit Center. Some adult […] After transforming into The Eye of Sauron for Halloween, Salesforce Tower lit up with lettering on the eve of election day telling people to ‘Vote for Tomorrow’

On Tuesday, San Franciscans will vote on Proposition C, a local ballot measure that would tax the city’s largest corporations to provide relief in the city’s ongoing homelessness crisis. On the eve of the midterm elections, the Salesforce Tower in San Francisco had a message for the people of its […] Salesforce Tower, the tallest skyscraper in San Francisco, was turned into the ‘Eye of Sauron’ for Halloween

Salesforce Tower, the tallest building in San Francisco, was lit up for Halloween to depict the Eye of Sauron from “The Lord of the Rings.” The idea originated from an online petition that had more than 11,000 signatures by Halloween. Salesforce CEO Marc Benioff, whose company is headquartered in the […]

Salesforce moved into a new $1 billion skyscraper in San Francisco, and the offices are unlike anything we’ve seen

There’s no place like home. That is, unless you work in the newly opened Salesforce Tower in San Francisco, where employees at Salesforce’s new global headquarters may never want to leave. The building, the tallest office tower west of the Mississippi River, opened with a ribbon-cutting ceremony attended by the […] A glass gondola is installed and being tested above Salesforce Park in San Francisco. The “aerial tram” is designed to transport 20 people at a time from the public park up to the rooftop park covering the city’s Salesforce Transit Center, formerly known as the Transbay Transit Center before the […] Salesforce opened its new offices in Salesforce Tower on Monday with fanfare including a live DJ and a photo booth. At 1,070 feet and 61-stories high, Salesforce Tower is the biggest building in San Francisco. It’s completely changed the city’s skyline. Only two floors worth of people moved in Monday, […] Mirror, mirror on the wall, who has San...